10 Most Expensive Materials In The World

In our world today, prices of things continue to grow more and more expensive. From gadgets to jewelry, most people living in developed countries find themselves too poor for our materialistic world. But if you think that new iPhone is expensive, wait until you check out this list of the 10 most expensive materials on our plane. This list includes rare earth materials, drugs, and even a bunch of carbon atoms linked into a sphere. And no, pure gold, despite costing $56 per gram (that’s $56,000 just for one kilogram of it) didn’t even come close to number 10.

A radioactive material that is the result of the nuclear decay of Uranium, this thing costs $6,000 per gram. Its price tag is due to the fact that not only is the element it come from very rare, but it’s also an extremely efficient source of power. It is used for nuclear reactors, satellites, and space probes, like the Voyager 1, which will be powered until 2025 thanks to it.

One of the hardest minerals on earth to find, Painite costs $9,000 per gram. It’s deep, blood red color is perfect for that necklace you can never afford. 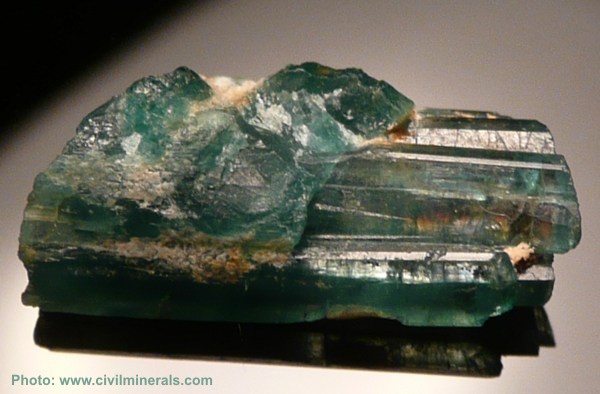 Another extremely rare mineral, It is one of the few gemstones that have a bluish-green color. It sells for about $10,000 per gram.

Probably the most expensive branded drug in the world at $14,000 per gram, Soliris is used to treat an extremely rare and life-threatening genetic disease, Atypical hemolytic uremic syndrome. This disease kills two-thirds of its patients by attacking the body’s red blood cells. A year’s worth of Soliris treatment would cost around $450,000.

Another extremely rare mineral on earth, this thing will cost you $20,000 per gram. Its color can range anywhere in the red to purple spectrum, and only a handful exist in the planet.

For something that’s just a rarer, heavier form of hydrogen, it’s pretty expensive, at around $40,000 per gram. It’s mostly used for accessories that can glow in the dark, albeit in only very small amounts. In larger scales, it’s used in nuclear reactors and weapons.

The mineral with the highest ratio of demand over supply, it’s not shocking to see how diamonds can cost at least $55,000 per gram.

This synthetic element created in the state it was named after. The fact that it takes a whole bunch of nuclear reactors and particle accelerators to create plus it having a ton of practical applications like cancer treatment and in nuclear reactors makes its $10 Million per gram seem just a little bit reasonable. This thing is literally just that bunch of carbon atoms linked into a sphere we just mentioned, plus a nitrogen atom trapped within it. It’s rarity and use in extremely accurate atomic clocks give it its $160 Million per gram price tag.

Last and certainly the most expensive material in the world, Antimatter is normal matter with its charges reversed. It takes extremely, advanced technology to synthesize just a little bit of it, and yet it can’t be stored in any way. This thing will give the richest man in the world a run for his money, costing at least $63.5 trillion.

Read more  How Engineers Can Handle Stress During Job Interviews