A 9-Year-Old Boy Sends a Job Application to NASA, Gets...

We all had dreams as a kid, no matter how ambitious they are. And we can only hope that at least one of them can come true by wishing upon a star, throwing a coin in a well, or writing letters.

While it does not work one hundred percent of the time, some letters written by kids get noticed, at least. One of the most recent ones is by Jack Davis, a 9-year-old from New Jersey. He sent to NASA a letter about him wanting to apply for a job in the space agency.

The fourth grader knew about a job opening at NASA described as the Planetary Protection Officer. Because he feels that he is qualified to join NASA – even identifying himself as a “Guardian of the Galaxy” – he dreams of becoming part of the space team.

In the letter dated August 3, Jack wrote that his sister believes that he is an alien.

Also, the boy admits to his youth and sees this as an edge to learn to think like an alien. Jack also boasts that he’s great at video games and has “seen almost all of the alien movies I can see.”

Without the intention to break the heart of the little boy, the director of the Planetary Science Division replied to the handwritten letter with a light of hope.

Dr. James L. Green acknowledged in a response letter the interest of Jack in being a Planetary Protection Officer and went on to say the tasks of the job. He hoped that Jack will “study hard and do well in school,” telling the kid that he has a chance to work with NASA someday.

Here is the letter of Jack followed by the response of Dr. Green: 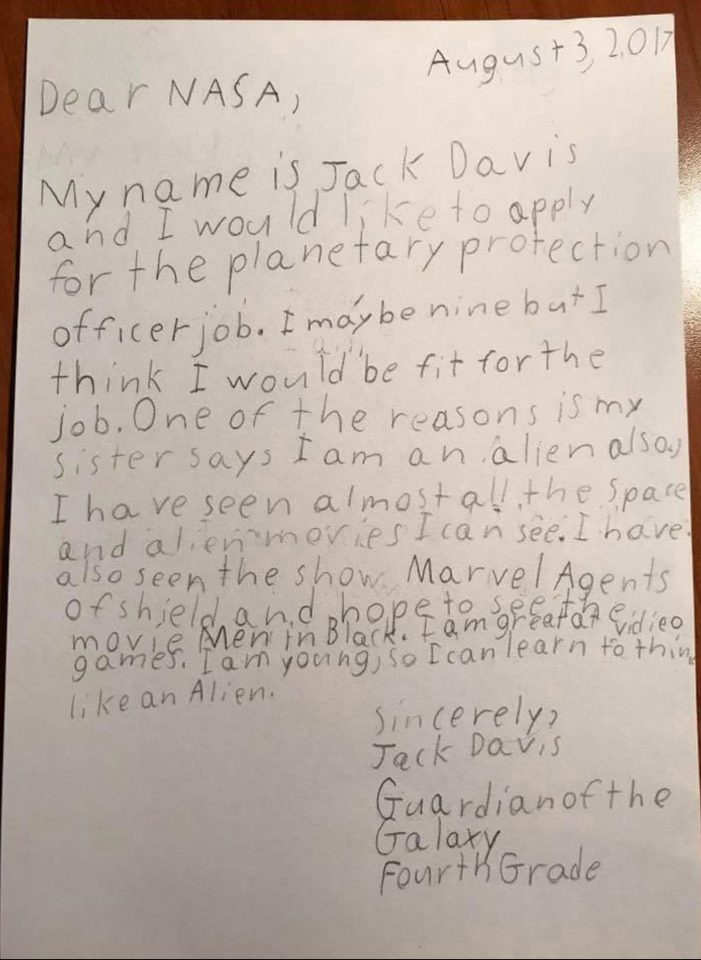 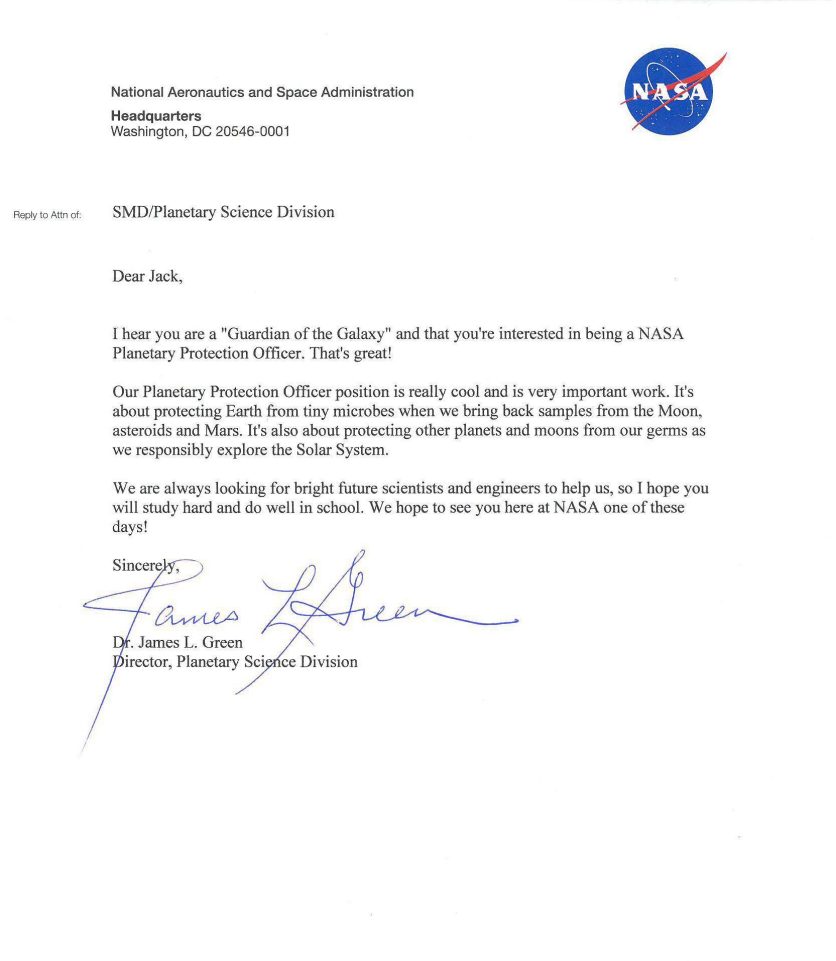 Not only did Jack get this letter, he also got a call from Jonathan Rall, NASA’s director of planetary research, to congratulate him on his interest in the position.