Genetic Engineers and Scientists Who Shaped The Medical Industry

Genetic engineering, simply defined, is the study that involves the direct manipulation of an organism’s genome by the use of biotechnology.

Genetic engineers and doctors make use of technologies to change the genetic makeup of cells, which includes transferring of genes across different species to produce improved or new organisms.

Techniques created in the field of genetic engineering have been used in different fields which include research, agriculture, industrial biotechnology as well as medicine.

Here is a list of some of the pioneers in the field of genetic engineering.

Francis Harry Compton Crick OM FRS was a British molecular biologist, biophysicist, and neuroscientist. He is known for being a co-discoverer of the structure of the DNA molecule in the year 1953. He is also known for his many other major contributions in the sciences.

James Watson, an American molecular biologist, geneticist and zoologist. He is the co-discoverer of the DNA’s structure along with Francis Crick. Watson, Crick and Maurice Wilkins were awarded the 1962 Nobel Prize in Physiology or Medicine for “their discoveries concerning the molecular structure of nucleic acids and its significance for information transfer in living material”.

Frederick Sanger is a chemist who has won two Nobel Prizes in Chemistry. He was able to work out the complete amino acid sequence of insulin and he was also able to device techniques to sequence DNA, since he believed that sequencing is a key to understanding living matter.

Marshall Warren Nirenberg, an American biochemist and geneticist, is known for “cracking the genetic code” and describing how it operates in protein synthesis. This got him to share a Nobel Prize in Physiology of Medicine in 1968 with Har Gobind Khorana and Robert W. Holley.

Paul Berg is an American biochemist and professor emeritus at Stanford University. He assembled the first DNA molecules that combines genes that came from different organisms. The results of his experiments were published, which was an important step in the continuous development of recombinant genetic engineering. 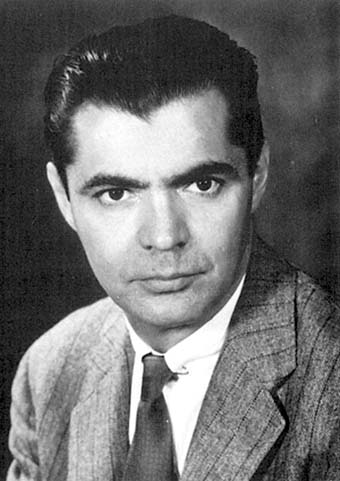 George Emil Palade was a Romanian cell biologist who discovered ribosomes in the mid-1950s. Palade used an electron microscope to observe these dense particles or granules. The term “ribosome” was proposed by scientist Richard B. Roberts in 1958.

Oswald Avery is a Canadian-born American physician and medical researcher who is known for his discovery that DNA is the hereditary material.

Hans Spemann is a German embryologist who discovered how groups of embryonic cells can develop into different tissues and organs. He was also able to perform the first somatic nuclear transfer, which is the technique used to clone animals.

Sir Alec Jeffreys is a geneticist and a professor who developed techniques for DNA fingerprinting and DNA profiling, which are popularly used worldwide in forensic science to help in police detective work as well as to solve paternity and immigration disputes. In 1994, he was knighted because of his services to genetics.

Phoebus Levene is a Russian-American biochemist who discovered that the cell nucleus contains both DNA and RNA.