Some think having a Ph.D. in Chemical Engineering would have you set for life, but that’s not true for everyone. Sai Ranade, Ph.D., has been layed off four times before he decided to finally switch careers… a Ph.D. chemical engineer turned comedian.

“Yes, I think I’m an expert on layoffs,” he laughed. “If there were a conference on layoffs, I think I should be the keynote speaker.”

He now performs standup comedy at Houston where he also got his Ph.D. He worked in the Oil and Gas industry for 20 years until he got layed off due to the price of oil’s steady drop. Once he got the fourth layoff, he decided to call it quits.

His jokes are sometimes directed to his layoff experiences. He somehow manages to turn those bad experiences into laughter. “First time, it was tough, like anything else,” He said. “Like a divorce, first time it was tough. But now I’m a pro at it.”

He still works as a consultant for some oil companies, but his full-time job as of the moment is full-blown comedy. 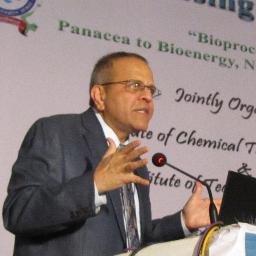