Thomas Edison Wanted to Build a House With Only a...

A hundred years ago, Thomas Edison came up with an idea that could remove not only their traditional work of constructing walls and roofs but also the labor needed in finishing the house’s interiors. With proper timing, “Stairs, ornamental ceilings, mantels, and other fixtures” could all be formed by the same piece of concrete—a house built with a single pour. 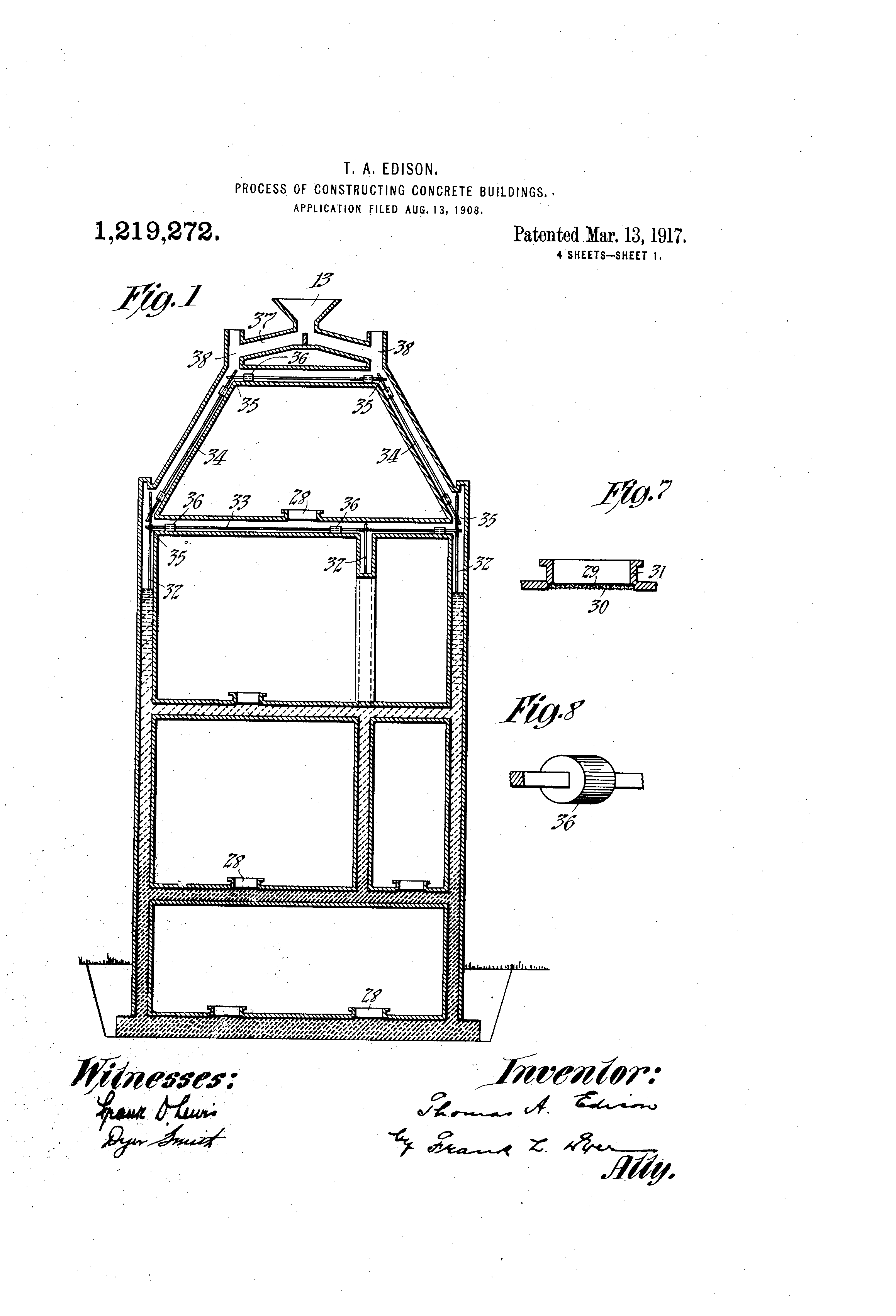 Nowadays, concrete is usually poured floor by floor. But for Edison, he did it all with one pour.

According to the 1917 issued patent, the process involves having a mold or formwork built from a double wall of cast iron sections that is held together by bolts. The concrete is then poured in one go, slowly enough so that the concrete at the bottom is hard enough before the pour reaches the second floor. “ An important feature of my invention consists in so regulating the rate of pouring the cement into the mold, ‘taken in connection with the hard-setting used.”

Unlike modern construction, everything was built into the formwork; “all its parts, including the sides, roofs, partitions, bath tubs, floors, etc, being formed of an integral mass of a cement mixture.”

According to Edison, concrete homes would revolutionize American life. The houses would be fireproof, insect proof and easy to clean. He also developed a lightweight concrete mix that could be used for furniture, bedroom sets and even concrete pianos. Unfortunately, this idea didn’t catch on to the present due to the expensive formwork