Have you heard that we can now use plastic to build roads instead of asphalt? Apparently, these plastic roads have a better quality. They are even made from recyclable materials, too!

This amazing plastic roads has more advantageous features than that of conventional roads in regard to both maintenance as well as construction. The plastic that is used for the road’s construction is much more durable and opens up new possibilities for inventions like smoother road surfaces, modular construction, heated up roads and power generation. Roads can be easily built by placing the slots of plastic one after the other. It will also be less time consuming.

We don’t have to worry too much about the traffic during construction!

This system of road construction will soon be tested against the tar and asphalt. It will be tested in the city of Rotterdam, Netherland. The company is looking forward to install these roads within a span of three years.

The plastic that will be used for this are recycled plastics collected from the ocean.

It’s like hitting two birds with one stone: We’re constructing better roads and saving the ocean. Awesome! Why haven’t we done this before?

According to the statement of Volkerwessels, these roads made from plastic are capable of withstanding a temperature as low as -40 degrees and as much as 176 degrees Fahrenheit. It can bear extreme conditions of weather. This system is useful for those roads that are usually uneven.  However, it has not been made clear that whether it will rotate and shift on the surface as time goes by time or whether cars will be able to maintain its balance when it is raining or snowing.

The plastic roads are constructed hollow. Installation of the utility pipes and cables are done under their surface. This would enable less amount of traffic during the time it is being constructed because it will just take a short period of time for it to be installed. 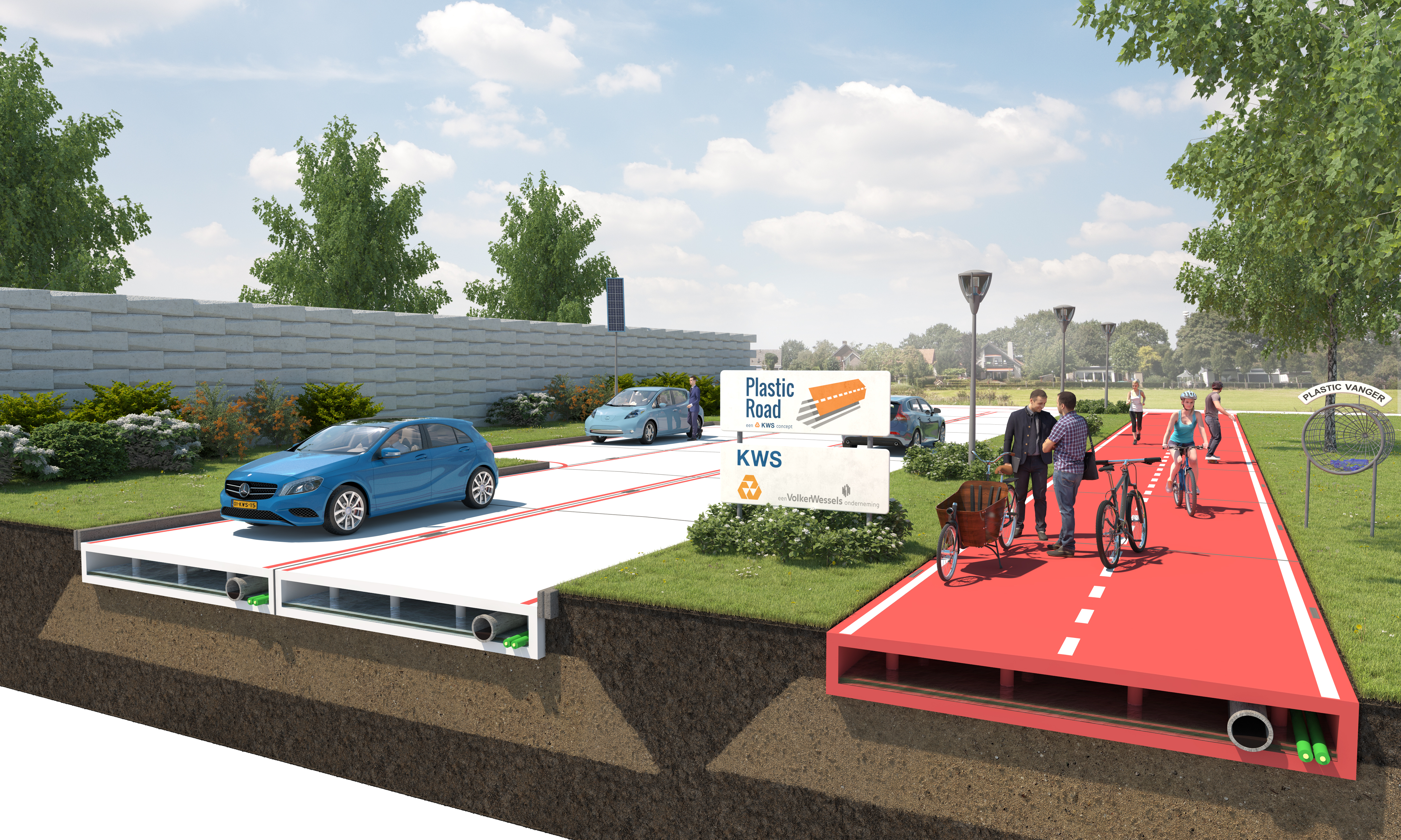 The usage plastic roads has been regarded useless by some critics. They say that huge amount of money will be spent in the manufacturing process and its maintenance. It is also possible that they will take up power from the grid when there is lack of sunlight.

Well, there are downsides to everything but if using plastic roads mean better quality and saving the ocean, we really should give this a try.