Majority of the buildings in New Zealand are made of concrete. But that is going to change now as more engineers and builders encourage the use of steel braces as a solution to the frequent earthquakes that hit the country.

In 2011, the city of Christchurch in the east coast of South Island was badly damaged by a magnitude 6.3 earthquake, killing 185 people and injured thousands. Other than this, earthquakes were recorded across New Zealand in 2010, 2013, and 2016, all of which left a significant mark.

Engineers, as well as architects, knew that they had to do something about it.

A report by Michel Bruneau from the University of Buffalo, and Greg MacRae, a professor at the University of Canterbury in Christchurch, suggested that instead of using concrete, steel should be the prevalent material in buildings. And since the last massive earthquake that hit New Zealand, the construction landscape across cities has changed.

The researchers have spoken with professionals involved in new construction in Christchurch and asked 74 buildings which made predominant use of steel frame construction.

“All engineers met stated that, while the 2010–11 Christchurch earthquakes were a wake-up call to communities in the Wellington area, the 2013 Seddon earthquakes, and particularly the 2016 Kaikoura earthquakes, reinforced the message.”

After the mentioned tremors, it was noticed that the steel-framed buildings which already existed, like the former HSBC Hse in Worcester Boulevard and the Rendezvous Hotel, have stood up well. This further convinced builders to use steel braces. 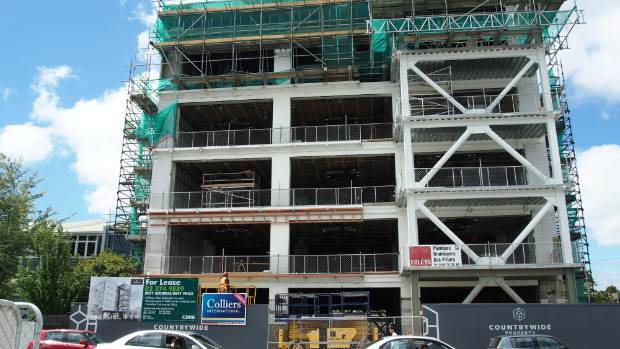 In the construction industry, especially in Auckland, trends when it comes to professional relationships have also shifted.

Before, project planning typically starts with the architects. But now, engineers are more involved from the beginning, sometimes even earlier than the architects.

“Prior to the earthquakes, the architect would develop the conceptual plans and ask the engineer to fit a structural system to it,” the researchers said.

“Now, structural and geotechnical engineers are brought into the project at the same time as the architect, or sometimes sooner,” both added.

The good news is that the clients welcomed the idea. They wanted more cost-effective and reparable buildings which braced steel structures can offer.

As to the architects, they also embraced the change.  Steel braced structures allowed lightness and flexibility, especially with open-plan work places.

“For these reasons, braced frame buildings are spreading across the country,” the researchers noted.