This Concrete Roof is Able to Generate Electricity

At first look, it’s just like an architectural masterpiece: built for aesthetic purposes. But there’s actually more to this concrete roof: it is able to generate electricity.

That’s right, it has a solar power capacity.  Researchers at the Swiss Federal Institute of Technology in Zurich designed this ultra-thin, curved roofing as part of a residential structure located in a school’s living lab facility called NEST.

It has several layers, mostly comprising of concrete and photovoltaic cells. While the exterior of the building is covered with solar cells, the roof is made of an inner sheet of concrete, acting as a foundation for heating and cooling coils and insulation, and another layer of concrete on top. 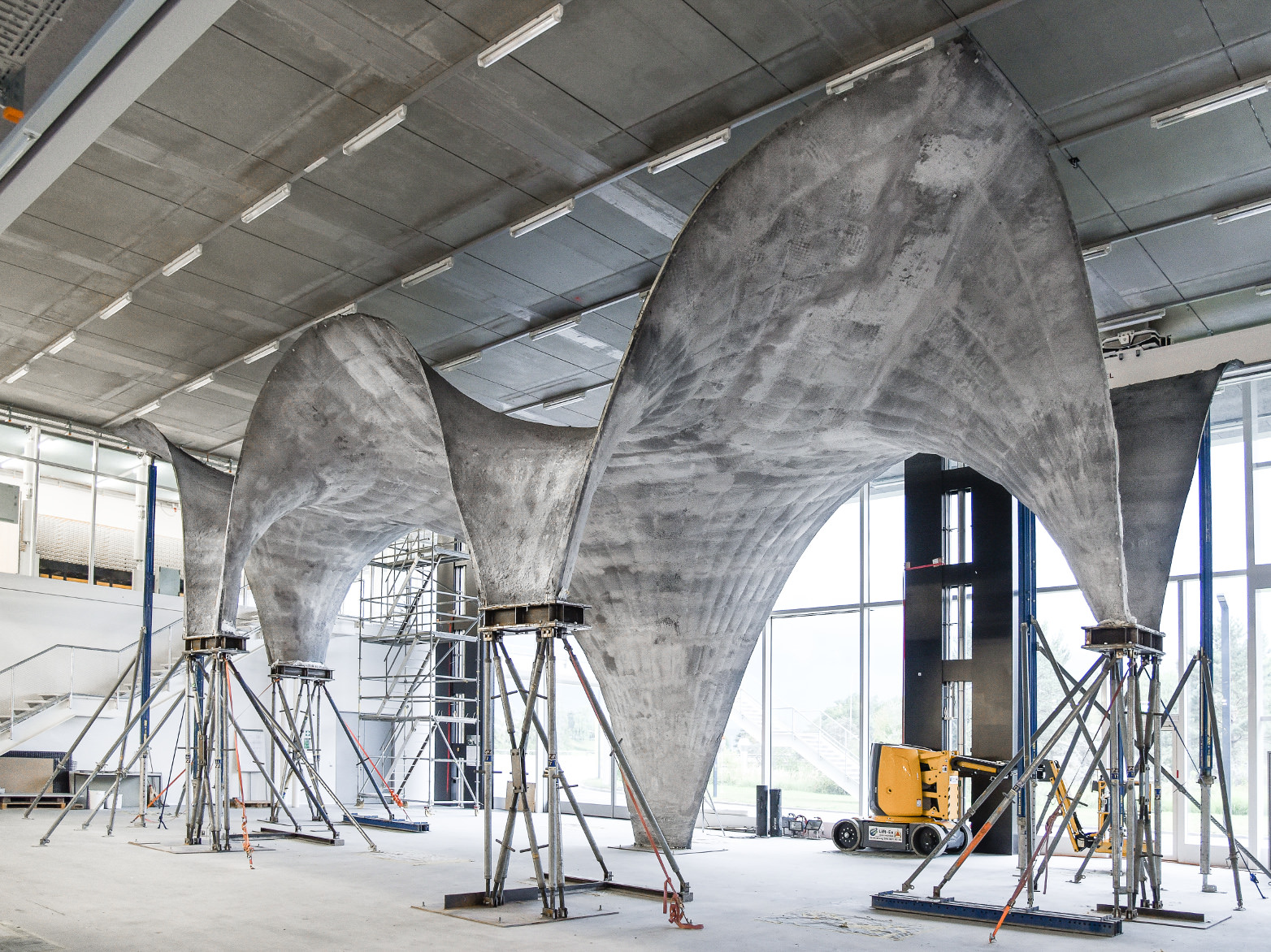 A prototype has been built – now dismantled – which took the researchers six months to finish. It has a height of 7.5 meters and a total curved surface area of 160 square meters. The thickness of the concrete has an average of 5 cm varying between 3 cm along the edges to the roof to 12 cm at the support surfaces.

The same specifications will be used in the final implemented design later in the apartment building called HiLo which will provide living and work space for guest faculty of Empa.

It will be made of a net constructed from steel cables which was covered with a polymer textile, which produces a form that the concrete could adhere to. Normally, engineers would suggest using non-reusable materials like specially fabricated timber or milled foam. But with such materials, they offered more flexibility in the design, lessened the project costs in terms of the materials, and provided simultaneous construction activities even while concreting with the area underneath unobstructed.

And because the design is unique, building it has to be done with a special technique – thanks to an algorithm. 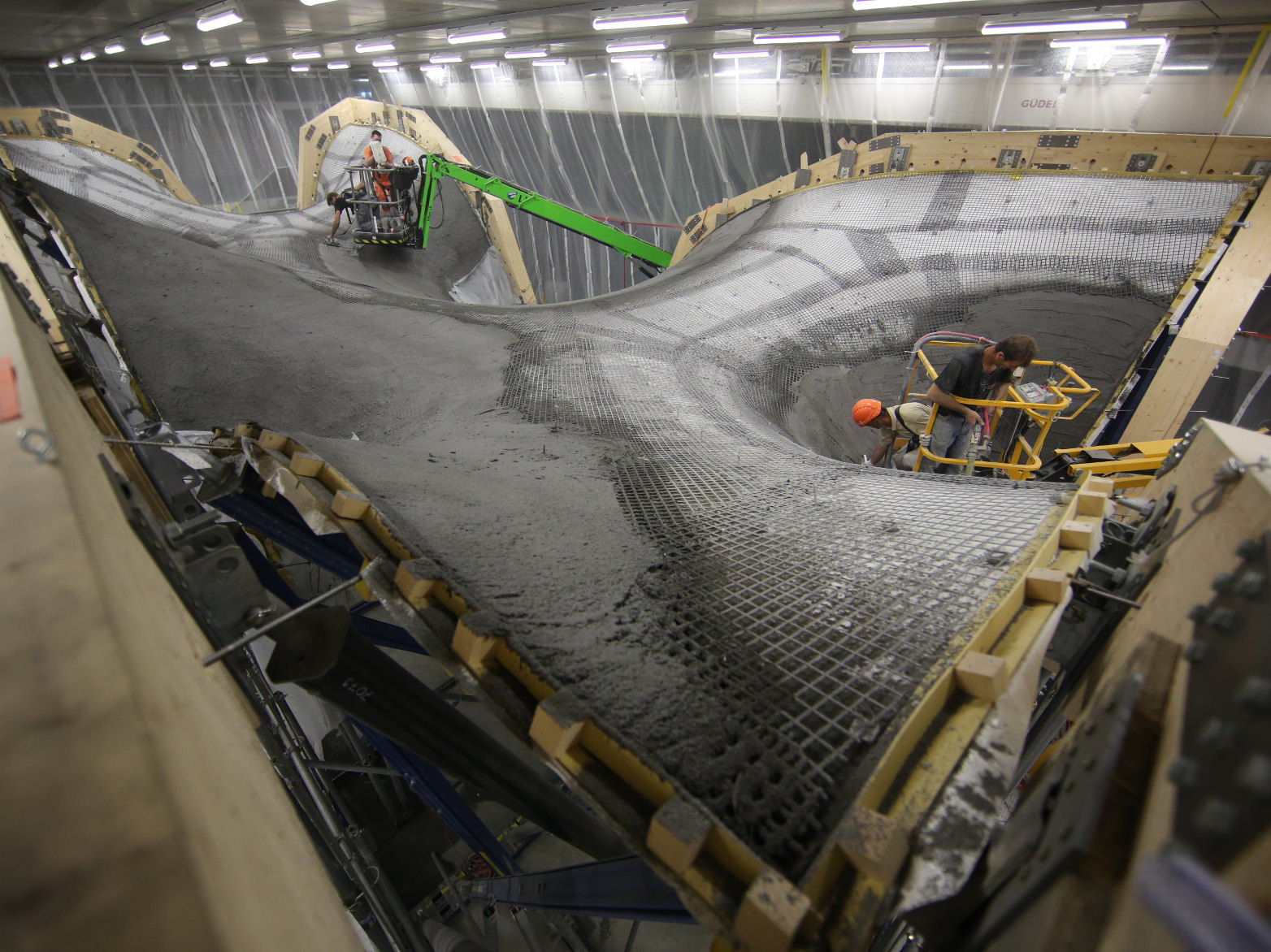 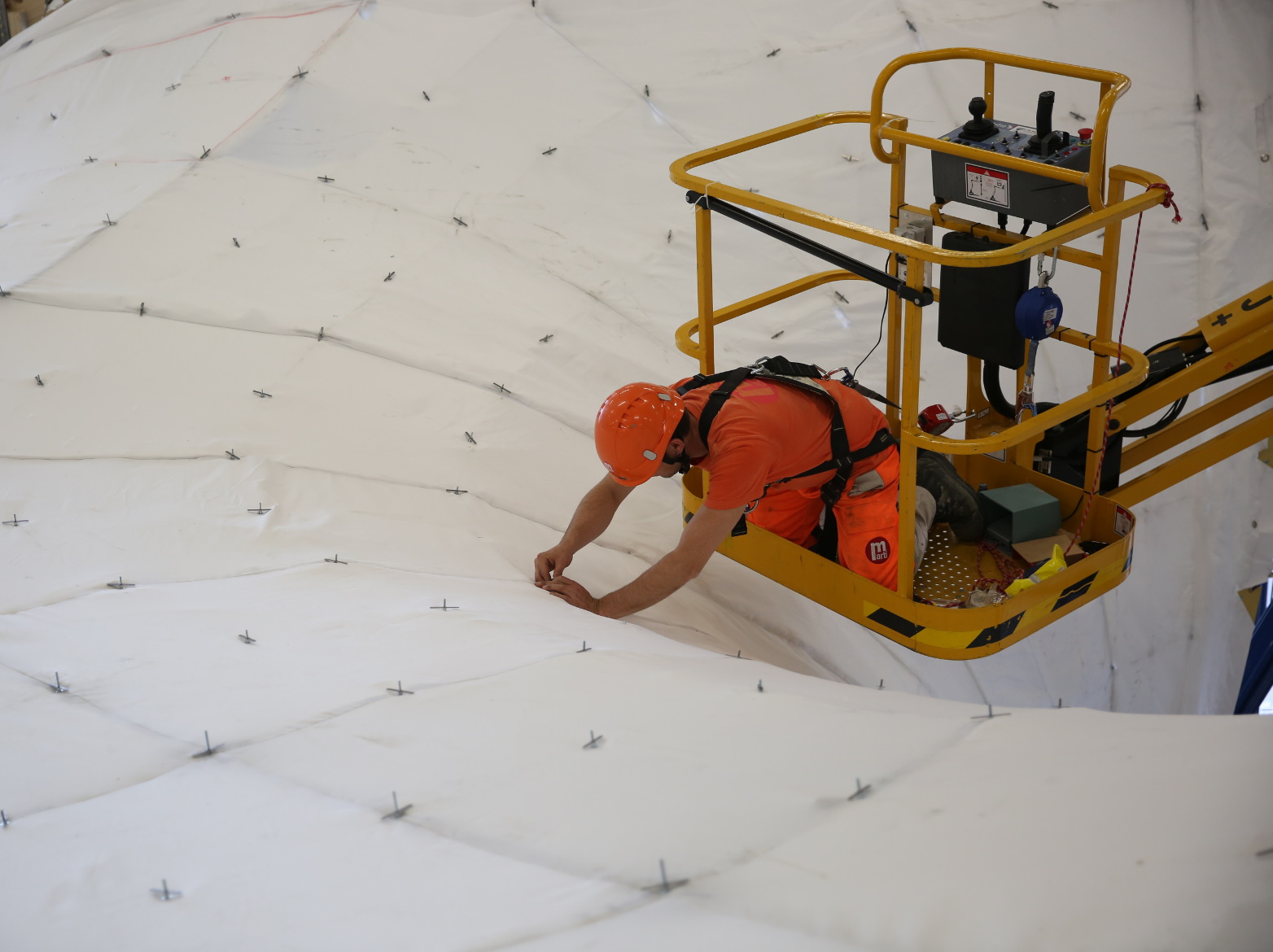 Engineers from the Block Researcher Group, led by Philippe Block, and the Swiss National Centre of Competence had to ensure that the roof would take on its desired form when the weight of wet concrete was applied to the net and that the mix of the concrete is correct. They also calculated the proper distribution of the between the individual steel cables.

“Because we developed the system and built the prototype step by step with our partners from industry, we now know that our approach will work at the NEST construction site,” he added.