How to Charge a Smartphone from a Light Bulb

Upon reading the title, one would immediately react, “Why the hell would I want to charge a smartphone from a light bulb when I can just charge normally from an electrical socket?”

I had that thought too but come on. We are engineers. And it is in every engineer’s nature to be curious about stuff. We love to experiment.

More importantly, the originator of this experiment, Rulof Maker, says through his YouTube channel that making a charger that screws into a light bulb socket can be useful abroad when one does not have the right adapter. He has a point.

Nicolas Barrial of Makery has replicated the process and made a step by step process. Here’s how he did it below complete with instructions.

To start with this experiment, one will need a low-energy light bulb that contains a sheathed power supply welded to the base, a USB charger, an electric domino big enough to fit the prongs of the USB charger, cutting pliers, wire stripping pliers, flat screwdriver, and a gaffer tape.

(Note from Barrial: Rulof Maker drills a hole in each of the prongs of the USB charger to thread the wires through. But without a drill press, this is nearly impossible (we tried). We chose the other option of using an electric domino.) 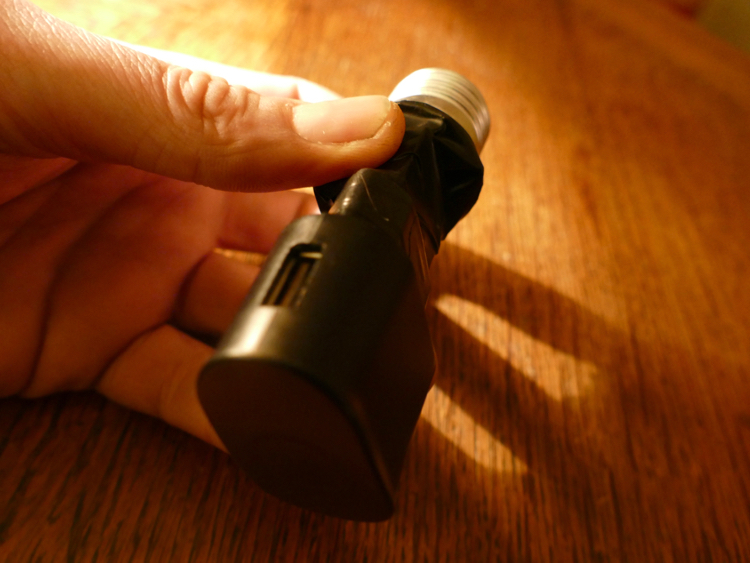