Engineers Are Building A Huge Clock That Will Work For...

In the technological world we live in today, we can say that the future is definitely here. With autonomous cars, artificial intelligence, augmented reality, and numerous breakthroughs are increasing everyday, who can say otherwise? While everything seems to be in the now, how far do we actually look into our future? We usually plan our lives a year ahead, while tech companies like to stay ahead by five to ten years, but what about thinking centuries or millennia ahead? This is what this non-profit organization is aiming to do–to create something that will help us be reminded of the bigger picture, of how one’s actions today can affect the great grandchildren’s children of the future.

It was with this idea that Danny Hillis, one of the cofounders of Long Now, thought of creating a 10,000-year clock, which is the first ever project of the Long Now. In their website, he said “I want to build a clock that ticks once a year. The century hand advances once every 100 years, and the cuckoo comes out on the millennium. I want the cuckoo to come out every millennium for the next 10,000 years.”

The team started of by creating a working prototype that was around 8 feet tall. The test version was completed on New Year’s Eve 1999. The clock bonged twice to welcome the new millennia, year 2000 in front of a small crown at Presidio, San Francisco. The Clock now resides in the London Science Museum. Source: Blog of the Long Now

According to their website, the actual clock will be “monumental, almost architectural in scale”, roughly 200 feet tall. The actual clock may sound like it is something possible only in sci-fi films, but the clock is actually real! It is currently being built in the mountains of western Texas, on a land that is owned by Amazon founder Jeff Bezos. The whole clock will be mechanical in nature, made of stainless steel, titanium and ceramic. It is designed every thousand years, and with the help of a specially-made melody generator, the chimes are programmed never to repeat. 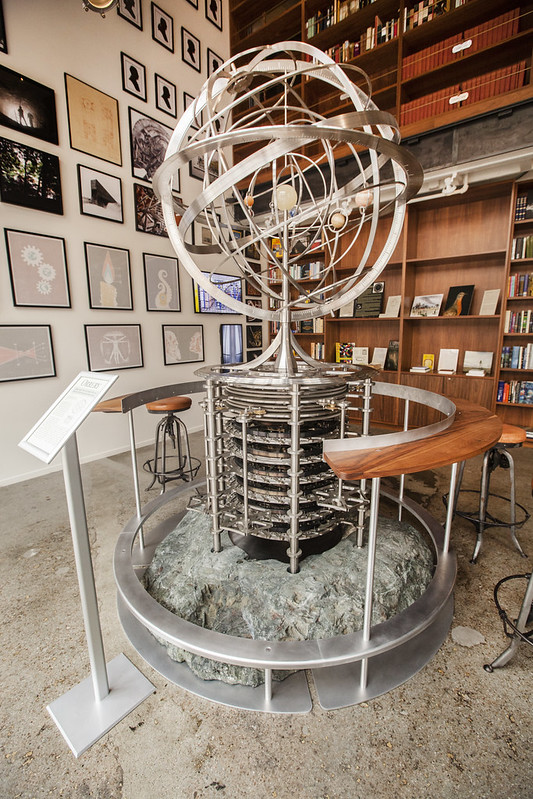 A Prototype Of The Clock Of Long Now. Source: Science Museum Blog

Musician Brian Eno, is the composer responsible for the tunes. He is also the one who coined the name of the foundation, “Long Now”.  According to one of the cofounders, Stewart Brand, it indicates “not the short now of next quarter, next week, or the next five minutes, but the ‘long now’ of centuries.”

Alexander Rose, currently the executive director of the Long Now, was the Long Now’s first employee. He was hired to work on the prototype in 1996. They have only now just finished the underground excavation. There is no timeline for completion. The Long Now is a non-profit organization that is based in San Francisco and was founded in 1996. They specialize in projects dedicated to long-term thinking, hence their name. Among the founders are Stewart Brand, an editor of The Whole Earth Catalog and co-founder of The WELL (an online community since 1985); Danny Hillis, polymath inventor, computer engineer, and designer; and Kevin Kelly, who is the founding executive editor of Wired.