How Are Industrial Robots Made?

Industrial robots revolutionized the manufacturing industry by providing quick, precise, and accurate methods of completing repetitive tasks. Compared to human beings, these robots have a minimal margin of error and don’t get tired as the day goes on (with the need of a battery recharge, of course).

Without industrial robots, many of the things we use on a daily basis would only have acquired after being on a significant waiting list. But then, how exactly are these robots made and what design philosophies are adhered to during their creation? These machines took a lot of development before they could be adopted en-masse. Often, the most advanced pieces of electronic equipment in a manufacturing plant are the industrial robots, as opposed to what they are creating. 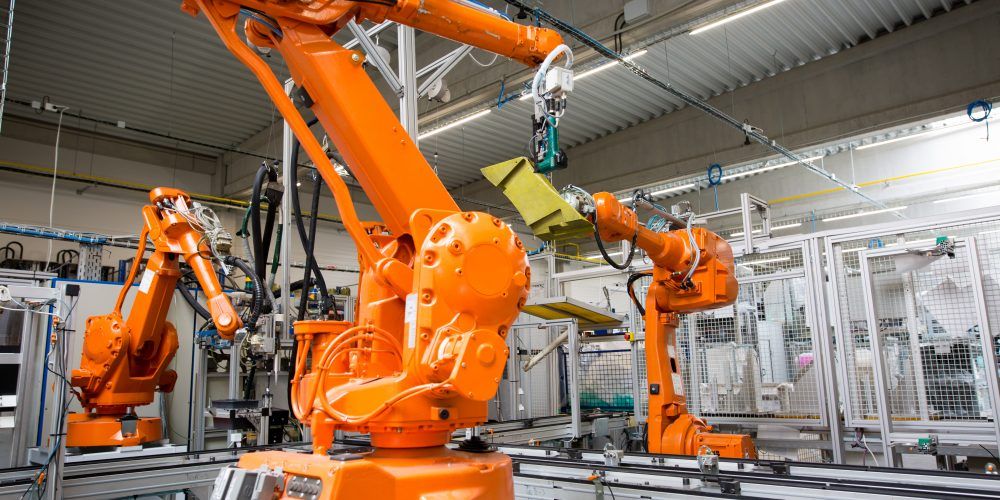 What Makes Up an Industrial Robot?

There are three main things any industrial robot has, namely electronics, computer science, and mechanics. Mechanics refers to the actual physical parts of the robot that move around and accomplish tasks. For instance, a ‘hand’ used to grab and place items and the arm it’s connected to falls under the mechanics of the device.

Electronics are the individual printed circuit boards (PCBs) and components that allow electrical impulses to be sent that tell the robot how to move and by how much.

When it comes to placing the actual components, they are usually placed in 2 ways – via SMT (you can read more in this article) or via through-hole mounting, depending on the project size. For larger components, manual through-hole work may come in more handy.

Finally, computer science deals with the ‘brain’ of the robot. Essentially, it’s what allows humans to program a robot to do things in certain situations. All three of these aspects come together to make a fully functioning industrial robot.

The textbook definition of an industrial robot is a reprogrammable and automatically controlled manipulator that can be programmed in three or more axes. Simply put, if a robot can’t move up and down and side to side, it isn’t considered an ‘industrial’ robot. 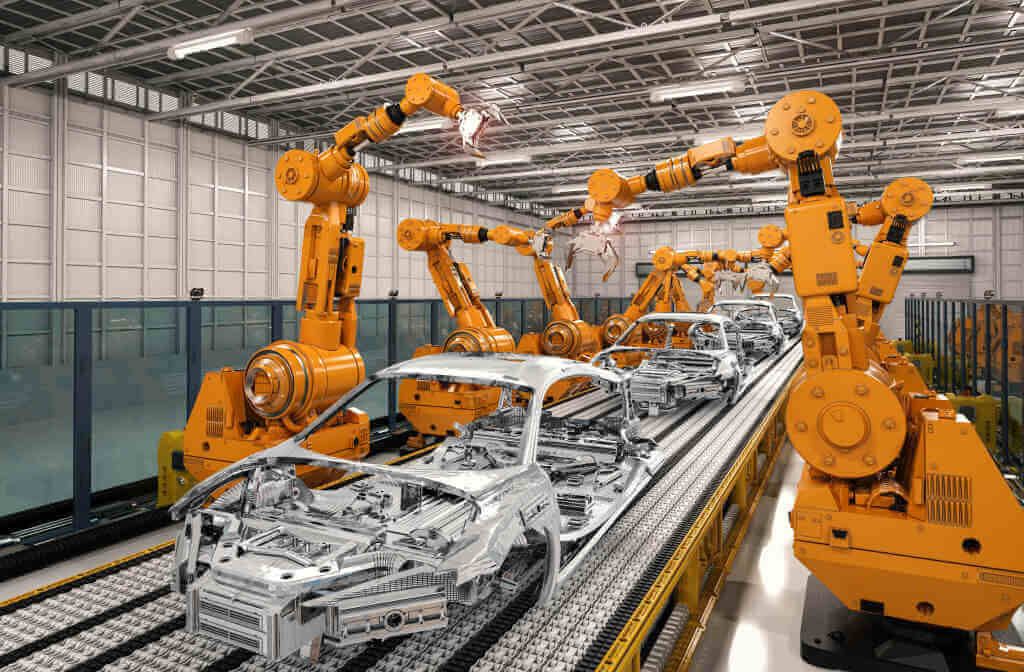 Common uses for these robots include ARC welding, painting, assembly, packaging, product inspection and quality control, as well as measuring and cutting of various items. The automotive industry makes heavy use of industrial robots with a little bit of human aid here and there to quickly and efficiently put together vehicles made from heavy materials. Robots need only electrical power and occasional maintenance to run at optimum efficiency. The expense of these robots is quickly offset by the increased production (and therefore, increased sales potential) they bring.

One of the biggest new developments in industrial robot technology is the advent of ‘smart’ robots that can fully interact with an environment and make decisions based on the data it can detect. Robots made with these philosophies can be much more independent than previous industrial robots, and can perform much more intricate tasks than ever imagined. Many products that require painstaking human effort are coming to the realm of mass production, thanks to these smart robots that can learn and improve over time.

The Build Process for Industrial Robots

Building an industrial robot takes several steps, each as important as the last. The mechanics themselves are typically dealt with first. The arm of the robot is designed and fabricated according to how large it should be and what kind of range of motion is desired. A more extensive range of motion requires more sophisticated parts and more junction points for the robot to be able to pivot within. Typically, the arm is made of strong metal such as aluminum, steel, or even cast iron. Once the arm has been created, the rest of the build process can continue.

The arm itself now has to be stuffed full of useful mechanical and electronic components. Cables, bearings, motors, and everything necessary for the actual physical movement of the arm is placed within, as well as the corresponding electronic equipment used to deliver commands to these physical pieces.

After that, the final portion is to hook up the arm itself to a controller electronically, a teach box used to manually ‘teach’ the robot how to move, as well as precision tooling to the end of the arm to ensure it can perform its job properly. 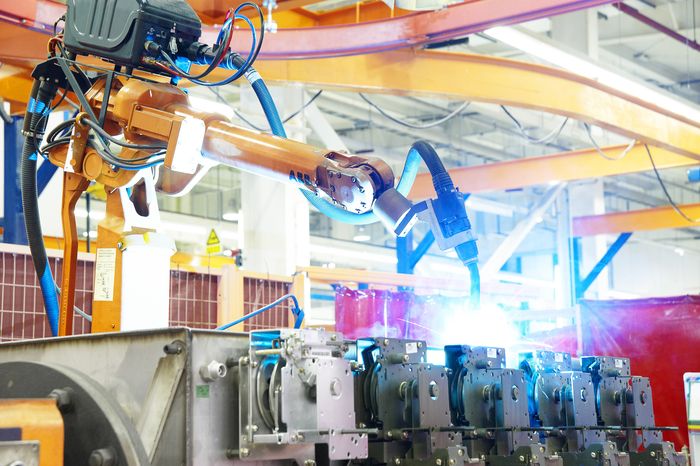 These robots are fantastic at what they do, to the point where we wouldn’t doubt that many industrial robots themselves are made with the help of other industrial robots. There’s a wide variance in robotic technology. Some simply move within an X, Y, and Z axis, while others allow not only the arm to move, but the end of the robot to move on an X, Y, and Z axis as well. Depending on how many different joints and movement areas have been included, a single industrial robot can squeeze itself into very difficult-to-reach places for precise, replicable placement and manipulation of objects.