A mineral that can help fight global warming? Yup, it’s a possibility.

When two minerals were discovered in a mine in Siberia over 70 years ago, scientists really didn’t know what to do with them. Pavel Ivanovich Stepanov, discovered the stepanovite while the zhemchuzhnikovite which was discovered by Yurii Apollonovich. The only thing they did after was put it in storage. Ever since then, it was ignored and forgotten until six years ago, Tomislav Friščić from the chemistry department of McGill University found new information about these minerals. 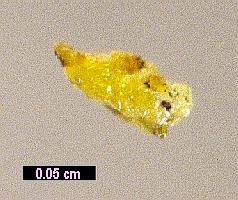 Friščić found that these minerals’ structures were a match to those substances called metal-organic frameworks (MOFs). These substances have the potential to reduce greenhouse gases and become storage for fuel. MOFs can be found useful to the environment since it has the potential to soak up the excess CO2 in the environment without affecting the amount of oxygen present.

However, MOFs can be delicate and is easily damaged when fuel gases are taken out of it. The world’s largest chemical producer BASF are starting to work on this problem before they release it for commercial use.

If the minerals, stepanovite and zhemchuzhnikovite, are proven to be naturally occurring MOFs, there’s a possibility that there are more of these from where it came from. This will surely help humanity in its fight on global warming.