Mechanical Engineers Who Shaped the Mechanical Industry of Today

Mechanical engineering is known as one of the oldest and broadest disciplines that applies and connects the fields of engineering, physics, and material science to be used in design, manufacturing, analysis as well as maintenance of mechanical systems.

This field of engineering requires a deep understanding of mechanics, kinematics, thermodynamics, material science, structural analysis as well as electricity.

James Watt, was a Scottish inventor, mechanical engineer, chemist and scientist who significantly improved Thomas Newcomen’s 1712 Newcomen steam engine with the Watt steam engine in 1736. His new team engine was a very important to the changes that were brought about by the Industrial Revolution in both Great Britain and the whole world.

He is now called the Father of the Steam Age, as well as the Founder of Mechanical Engineering.

He is responsible for the concept of horsepower, and the SI unit of power, Watt, was coined after him. 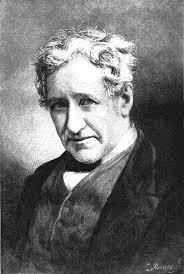 James Hall Nasmyth was a Scottish engineer, artist and inventor who is well known for his development of the steam hammer. He was the co-founder of Nasmyth, Gaskell and Company manufacturers of machine tools. William George Armstrong, 1st Baron Armstrong CB FRS was an English industrialist, scientist, inventor and philanthropist who is the founder of Armstrong Whitworth manufacturing concern on Tyneside. He worked together with the architect Richard Norman Shaw in building the Cragside in Northumberland, which was the first house in the world that was lit by hydroelectricity. He is the inventor of modern artillery, the hydraulic crane, hydroelectric machine, accumulator, as well as the Armstrong Gun.

Nikola Tesla is more well known in the field of electricity, but he is a great mechanical engineer as well. He is also an electrical engineer, physicist as well as a futurist. He is well known for his contributions in the design of the modern AC (alternating current) electricity supply system. He has designed and invented numerous machines that has helped the world, some of these are the induction motor, rotating magnetic field, the Tesla coil, as well as the Radio remote control vehile (torpedo).

Kate Gleason is known as the first female member of the American Society of Mechanical Engineers. She did not have any detailed training in the field of engineering, but she was able to make a name for herself as one of the very few accomplished women engineers in her era. She is also known to be a successful businesswoman, and is a role model for many other career women in the 19th century America.

Gustaf Dalén was a Swedish Nobel Laureate who is responsible for the invention of automatic regulators, AGA cooker, the Dalén light, and many others. He founded the AGA company, an industrial gas company which later was combined into Line AG. His automatic gas regulators were used with gas accumulators that were used for illuminating lighthouses and buoys.

He then was called “the benefactor of sailors.” In 1912, he won the Nobel Prize in Physics for his work.

Aurel Stodola was an engineer and inventor in Slovakia. A lot of his work centered on thermodynamics and has contributed to several scientific fields. He spent almost half of his life teaching at the Institute of Technology in Zurich and during that time was consulted for help on the improvement of the gas turbine.

His work as an educator has helped a lot of young minds into engineering, including those of the greatest minds of our age.

Known as the ‘Father of Railways’, George Stephenson was a pioneer inventor in the fields of civil and mechanical engineering.

The British inventor led to the creation of the world’s first inter-city railway line that ran using steam locomotives which was available for public use. Aside from that big innovation, Stephenson is also credited with the creation of Rocket, the most famous railway locomotive of his era.

The 12 Greatest Scientists of All Time