Meet The Man Behind Those Satisfying Rube Goldberg Machines

Have you ever heard of Rube Goldberg? If not, you may have recognized bits and pieces of his legacy in contraptions like this one:

I bet you’re familiar with it now.

The engineer turned Pulitzer prize winner became popular because of his cartoons that depicted complicated contraptions that performed simple tasks by means of indirect, complex ways. Hence, the start of Rube Goldberg machines that we all love to watch today.

During his lifetime, he received numerous honors like the Pulitzer Prize for his cartooning in 1948 as well as the Banshees’ Silver Lady Award in 1959. He was a founding member as well as the first president of the National Cartoonists Society, and the Reuben Award, which was the organization awards to the Cartoonist of the Year, was named after him. 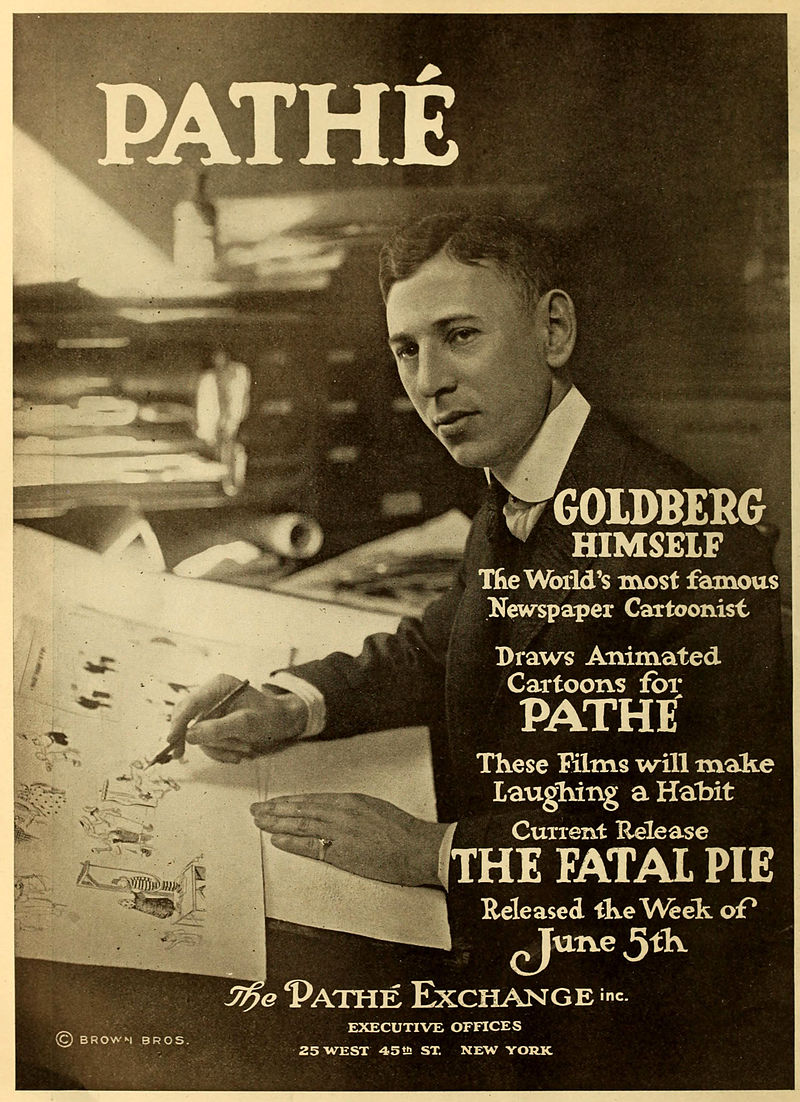 He has become the inspiration of many international competitions back then, known as Rube Goldberg Machine Contests. In these contests, participants make a complicated machine to perform a simple tasks. Competitions such as these are still being done up to this date to test the imagination, creativity and strategy of the contestants.

Engineers are usually known to improve processes by making it easier, but these Rube Goldberg contraptions, ironically, do otherwise. But somehow, watching it from start to finish gives us a satisfying feeling as we find out how the machine works and ends.

Goldberg’s ideas and works shows that imagination and curiosity is the source of every invention. He is inspiring in a sense that we should never disregard our thoughts and ideas no matter how complicated, odd, or funny they are, because they just might work. Remember the saying “It’s not stupid if it works,” and once it does, it will be much easier to create a new and improved version of your idea. So keep those brain juices flowing and let your ideas come to life no matter how ridiculous they may seem.

Here’s a video of the World’s largest Rube Goldberg machine.