Quantum Teleportation Explained in a Nutshell

Teleportation has always been a pretty cool concept to think of. It’s been established quite often in works of science fiction. But what if I told you that teleportation is something that has actually been achieved in the real world? Well, welcome to the world of Quantum Mechanics.

Just to clear things up a little there are actually 3 kinds of teleportation: one where you pass through a wormhole and your body just gets magically relocated somewhere; another one which Star Trek is known for, wherein your molecules are disassembled, beamed on the moon or somewhere else, and then reassembled; and lastly, the one where your body is scanned and the information is transmitted somewhere else and then they build your body out of entirely new and different materials. This last one is the kind of teleportation we have achieved.

This is possible due to a property of Quantum Mechanics called “quantum entanglement”, wherein two (or more) particles are forced to hold two different and mutually exclusive states, so when one state is discovered, we automatically know the state of the other particle. 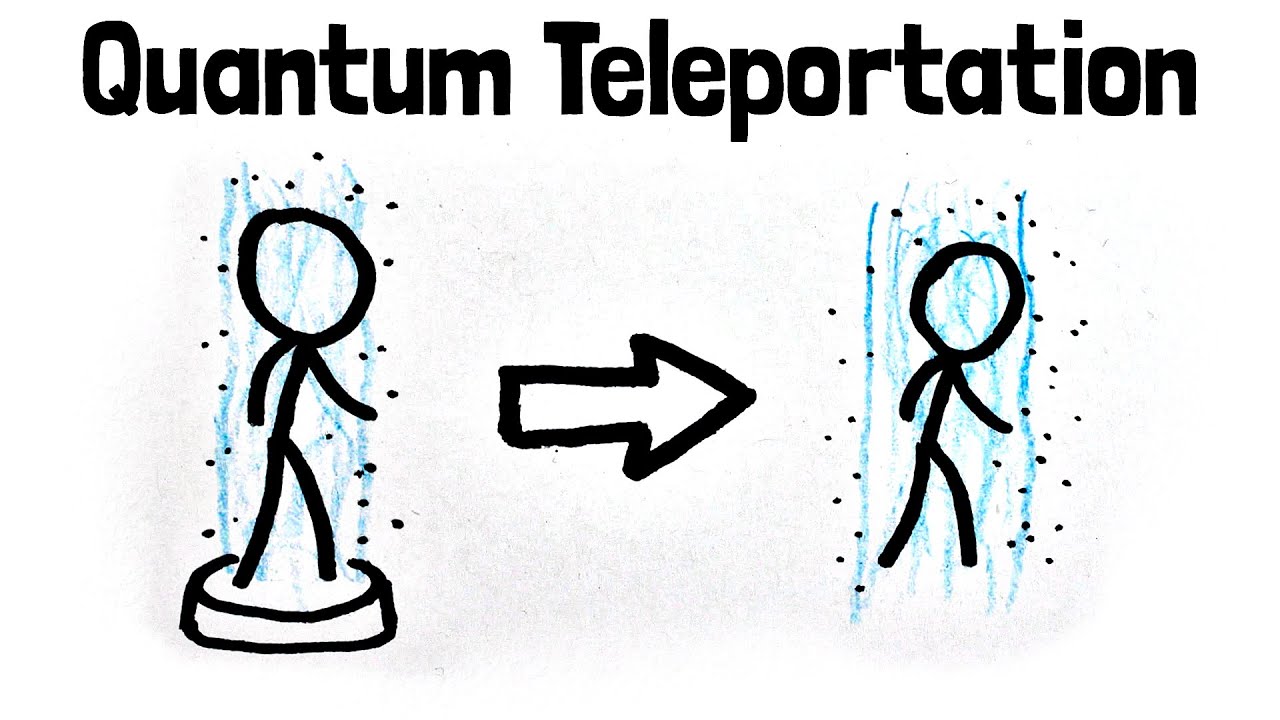 Think of ordering a chicken sandwich and a cheeseburger from McDonalds. You don’t know which of the boxed contains which. But when you open the first box, and it’s say, a chicken sandwich, you already know that the other box is a cheeseburger without needing to open it. And this statement holds true, regardless of how far away the boxes are from each other.

After that, the rest is simple. All we need to do is entangle two particles (including the one we want to teleport), send one to the moon, and use the entanglement property to teleport it. The actual process of doing so requires a lot of careful Math along with observations and a complete setup. As long as we have enough raw materials on the place it’s being teleported to, then we have essentially teleported an object by scanning and entangling it, transmitting the information, and then building it out of new materials.

Of course, as we all know, teleporting large objects is beyond the realm of current technology. We have, however, been able to do it in laboratories with small atoms and electrons. Maybe in a few years we can take this concept and bring it to a larger scale.

Here’s a video from Minute Physics explaining the concept further

Read more  Tip for Engineers: If Your Boss Thinks You Should Quit, Do This