A Helmet With an Airbag? Why Not, According to This...

If you got into a cycling accident, you are most likely to be traumatized on what happened and think about never going to miss on wearing helmets again. But one engineer who has experienced exactly that has a different response: make a more protective kind of helmet by integrating an airbag in it.

Nemanya Petrovic went out to cycle in August but ended up in the hospital. After that, he got the groundbreaking idea he now calls as HelmetWorX.

“There were only two of us that day, so I was really lucky that the other person was with me,” said the 31-year-old construction engineering officer from Canada in an interview with The Chronicle Herald.

“I was going up this hill about 25 kilometers an hour, and my pedal actually broke when I was standing and I fell back off my bike, smashed the back of my head on the pavement, and the back of my helmet cracked fully through. After that I thought about helmet design. Had I not been wearing a helmet I would have been very severely injured,” he shared.

While he did not bleed that day, Petrovic doesn’t want to wait for that day to come.

To begin his quest in redesigning the conventional helmet, he looked around online to check if a helmet with an airbag was already made.

“I realized helmets really haven’t changed in 15 years, probably, so I thought we could implement new technology that we have into the helmet design,” he said.

Petrovic, who is a professional mechanical engineer by training, went on to develop his first invention. So far, he has a non-functioning prototype of HelmetWorX. 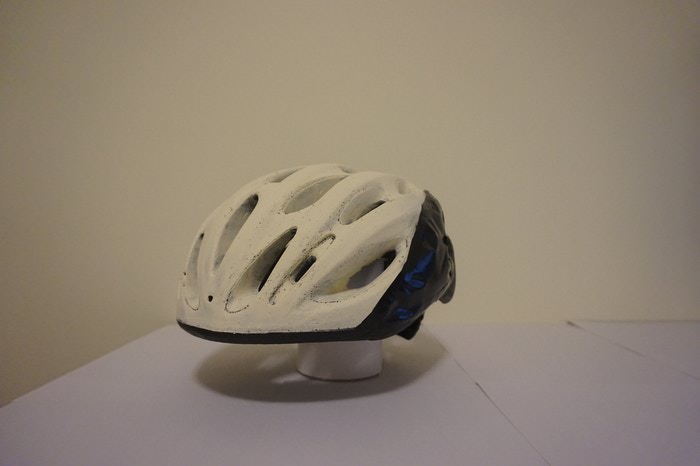 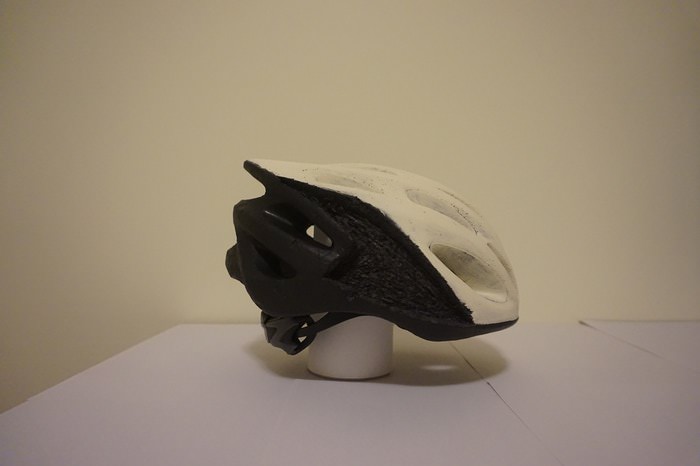 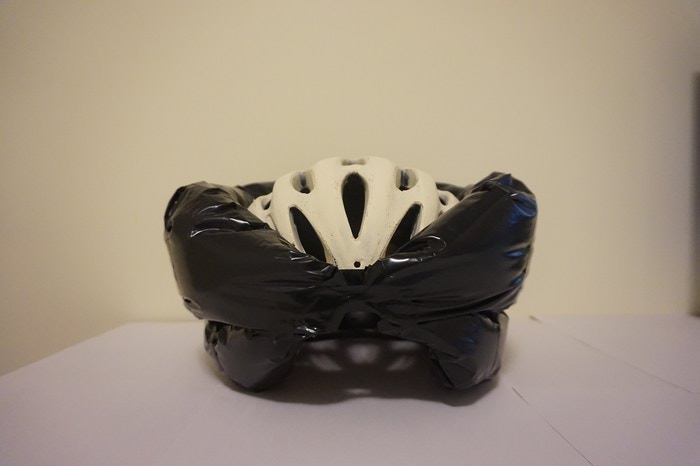 “I have seen another product that incorporates an airbag system, but it’s just a neck collar and it starts at about five hundred bucks,” said Petrovic. “I want to make it accessible to the everyday rider.”

Due to the lack of funds in executing the idea, Petrovic started a Kickstarter campaign, looking for donors to complete his $4,000 target. He said that he has engineering friends in Toronto that he could consult for the final design of the helmet.

According to Petrovic, once he gets funding by December, he will finish the helmet design by February and the electronic system design by May.

He acknowledges there is still so much work to do before the novel design will become a reality.

“I haven’t determined what kind of sensor I’m going to use, but it has to figure out right before you hit the ground when to deploy the system,” he said. “The software and the airbag would be the most important things on the helmet.”

Note: top photo is not Nemanya Petrovic and his final helmet design.