Why Video Surveillance Is Great for Retailers & Consumers

Big brother has arrived – or perhaps it’s his better intentioned younger cousin. Every day we are being watched whether we’re checking into a hotel, visiting a friend in hospital or simply out grocery shopping. Video surveillance technology – the CCTV age – is now a fact of life we are so used to that we simply overlook it.

Yet now smart Video Surveillance is likely to become increasingly important to retailers in the Asian region, which includes some of the world’s most famous and successful operators.

Leading surveillance solutions provider IDIS says next gen IP HD video surveillance technology will soon be watching us while we shop. And the company’s Senior Sales Manager, Jamil Al Asfar, says the advanced capabilities will ensure that when we do shop ’til we drop, we’ll do it ever more safely and securely.

“This is the case in all retail settings, from small shops and restaurants through to supermarkets and major shopping malls,” says Al Asfar. And the benefits go well beyond reduced crime for operators – the consumer could reap rewards as well. 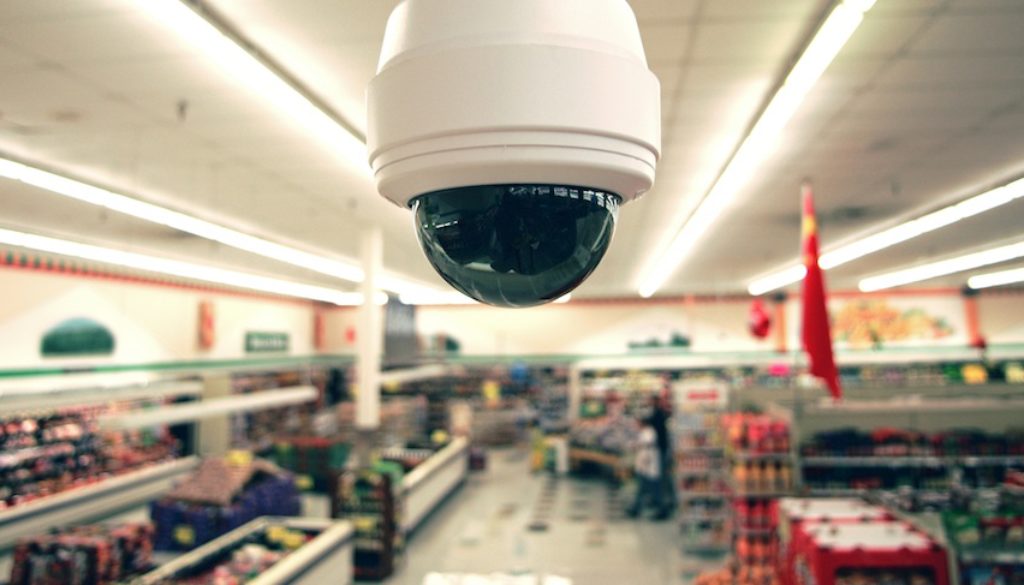 “HD surveillance systems are being used increasingly to maximize store profits, reduce shrinkage, lower insurance premiums and deliver a significant cut in the number of shoplifting cases. The resulting savings are big enough to allow stores to lower prices and become more competitive, not just in their physical stores but in the hard-fought online space as well,” explained Al Asfar.

Networked/IP Video Surveillance can apparently significantly reduce costs by allowing loss prevention managers to investigate and deal with incidents remotely. They can, for example, use smartphones and tablets instead of physically travelling to stores and this IDIS tech is already being used by major retail brands.

Read more  #LeadersTalk with CP PLUS

HD Video Surveillance enables fraud investigations by allowing investigators to zoom in on point of sale transactions and it helps tackle shoplifting and internal shrinkage, including opportunist theft and so-called ‘sweethearting’ crimes where staff may be tempted to collaborate in point of sale fraud.

“If designed properly to give full coverage with no blind-spots, it’s an unbeatable tool for external and internal investigations,” explained Al Asfar.

High-definition fisheye cameras with panomorph lenses are being hailed as ideal counter measures because they deliver 360° views and capture HD images, enabling forensic investigations through the ability to retrospectively dewarp recordings.

“Cameras have a role to play around store exteriors too, deterring low level crime, vandalism and graffiti, protecting customer vehicles and improving safety in car parks, and helping with investigations,” explained Al Asfar. “And they are even helping store managers improve customer service with better staff training, performance reviews and, where serious performance problems are identified, through terminating employment contracts.”

IDIS says that right now, the best-established video analytics tools for security and safety include trip zones, loitering detection and active tampering alerts.   IDIS Deep Learning Analytics (IDLA) technology, for example, has been independently tested as 98% accurate, which makes it a valuable operational tool for busy retailers, reducing false alarms by distinguishing between genuine risk-events and harmless background activity. This takes a lot of the strain off operators and helps to ensure that important events are no longer missed.

Read more  This New Edition of Minecraft is Designed for Students

More advanced capabilities such as facial recognition and meta data filtering, it contends, are proving to have huge value too.

“Trip zones are being used by retailers for triggering alerts when an unauthorised person crosses a virtual line – a typical example is someone wandering into a stock room. Similarly, the technique provides effective out of hours protection against store break-ins,” explained Al Asfar.

Loitering detection is particularly useful for mall operators. It can be set to identify a single suspicious person, or a gang, and the duration of loitering time can be varied depending on the location, while active tampering alerts are also important for critical areas, and can alert staff if a camera is blocked, or if its angle is moved or field of view changed.

And, of course, facial recognition is now a proven detection tool. By cross matching captured images against a database of known thieves and troublemakers it can allow alerts to be triggered before a crime occurs. The suspect’s face can be shared across branches or between stores in an entire mall, to warn of the possible threat – something which has long been done by vigilant security teams, but which can now be automated.

IDIS, has a camera line up for all retail settings, including discrete micro domes and covert pinhole modular cameras for higher end stores.

With analysts forecasting that the retail sector will grow by about 22% to $308 billion in 2023 the stakes are high and making retail therapy safe, secure and increasingly affordable will sustain the region’s popular shopping experience for years to come.