The 12 Greatest Scientists of All Time

Engineering is fundamentally different from science – science can exist without engineering, but engineering can never be formed without science. While both relate descriptive models to physical systems, the way they deal with such are not the same.

They are not the same with objectives too, since scientists focus on what is not yet understood and study it. Engineers have a different take: they use what scientists have understood and build with it. It is progressive relay of the body of knowledge.

This is why engineers today in whatever field owe scientists who have established a lot in understanding the physical nature of this world. What these scientists have learned through experiments, including accidental discoveries, became a benchmark in forwarding engineering studies.

Listed below are arguably the greatest scientists that ever roamed in this planet, with their prolific scientific contributions.

Aristotle may be regarded first as a philosopher – a master of rhetoric and logic – rather than a scientist, but this genius had his significant contributions to science. He was a biologist, zoologist, and a political scientist, who also shared theories in physics and metaphysics. Much of Aristotle’s work are not preserved, but he is told to make collections of the plant and animal specimens and classified them according to their characteristics that was used later a standard in biology. Moreover, Aristotle explained the chain of life through his study in flora and fauna where it turned from simple to more complex. 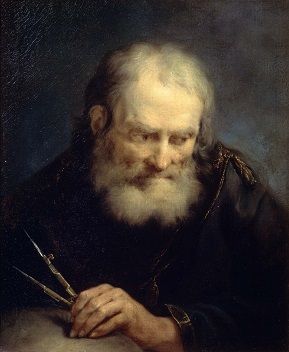 Hailed as the greatest mathematician to have ever lived, Archimedes was also a physicist, astronomer, engineer, inventor, and weapons-designer. His core contributions to science include creating the laws of levers and pulleys, discovering one of the most fundamental concepts of physics called the center of gravity, calculating the most precise value of pi before electronic calculators were invented, proving the formulas for the volume and surface area of a sphere, devising the Archimedean Screw to pull water out of the ground, showing how exponents could be used to write bigger numbers than had ever been thought of before, and explaining the law of buoyancy and other topics in hydrostatics. 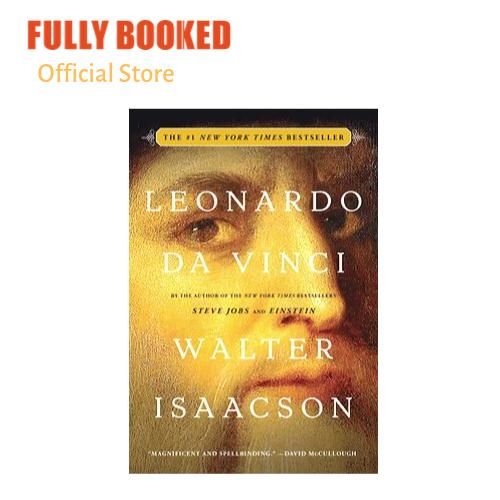 Leonardo da Vinci started being curious with science when he was an apprentice of painting at age 17. He used science to enhance his paintings, while all the way intrigued about it. He sketched the nature around him, including rock formations, caves, and fossils, that led to his scientific career.

Despite his lack of scientific education, he was a skilled inventor and engineer envisioning hydraulic pumps, flying machines and war machines. Da Vinci is credited for designing the first war tank, an early helicopter, and an early bicycle. He also had anatomical sketches with him, worth 200 pages of it, which was produced when he performed human dissections. Considered the Renaissance Man, he was not appreciated by the people of his time because most think his works are disgusting and impossible.

An Italian scientist and scholar, Galileo Galilei made pioneering observations that laid the foundation for modern physics and astronomy. He is also known to challenge the beliefs of the church. Galilei contributed to the science of motion, which includes the formulation of inertia, the law of falling bodes, and parabolic trajectories. He also laid work on the science of strength of materials and to the development of the scientific method. His discoveries with the telescope have changed astronomy forever.

Michael Faraday is an English chemist and physicist known for his pioneering experiments in electricity and magnetism. His experiments derived concepts like the lines of magnetic force which are now common ideas in modern physics. He also demonstrated the principle of induction, later used in creating the dynamo or generator.

He worked as a bookbinder apprentice at age 14 where he became interested with the physical and chemical works with the books he bind. His initial works as a scientist were mainly in chemistry: he discovered two new chlorides of carbon, succeeded in liquefying chlorine and other gases, and isolated benzene.

The only woman in this list is Marie Curie, who made history in 1903 as the first woman to receive a Nobel Prize in Physics. Not only that, she received the same prestigious award in Chemistry in 1911. She has collaborated lots of scientific work with her husband Pierre. Marie Curie, who explored much on radioactivity, is most remembered for her discovery of radium and polonium. She also conducted her own experiments on uranium rays which eventually led her to coin the term radioactivity.

Louis Pasteur is a French chemist and microbiologist who was one of the most important founders of medical microbiology. He is famous for the process called pasteurization, where bacteria is destroyed by heating beverages and allowing them to cool. This is after he discovered that microbes were responsible for souring alcohol. He also has remarkable work with germ theories that led him to create vaccination for anthrax and rabies. Pasteur also pioneered the study of molecular asymmetry, and discovered that microorganisms cause fermentation.

One of the most instrumental and revolutionary scientists of all time, Sir Isaac Newton is an English physicist and mathematician who discovered the law of gravitation. He formulated the three laws of motion in mechanics, discovered the infinitesimal calculus, and invented the composition of white light which integrated the phenomena of colours into the science of light. His work called the Philosophiae Naturalis Principia Mathematica (Mathematical Principles of Natural Philosophy, 1687) was one of the significant works in the field of modern science.

The field of artificial intelligence and computer science wouldn’t flourish if it weren’t for the works of Alan Turing. He proved in his seminal 1936 paper that there cannot exist any universal algorithmic method of determining truth in mathematics, and that mathematics will always contain undecidable propositions. The British mathematician and logician is famous for the Turing machine, which became the foundation of the modern theory of computation and computability.

A Scottish physicist, James Clerk Maxwell is known for his formulation of the electromagnetic theory. It was his work that paved the way for Einstein’s special theory of relativity, and even commended by Einstein himself as “the most profound and the most fruitful that physics has experienced since the time of Newton.” Maxwell used Michael Faraday’s observation of the electric and magnetic lines of force to produce his own field equations. Much of the quantum theory and law of heat radiation were also based on Maxwell’s ideas.

Perhaps the most influential and famous scientist of his time, Albert Einstein is a Nobel Prize for Physics winner in 1921 for his explanation of the photoelectric effect. The German-born physicist developed the special and general theories of relativity, with work on unified field theory which attempts to explain gravitation, electromagnetism, and subatomic phenomena. He dealt with classical problems of statistical mechanics and problems that led to an explanation of the Brownian movement of molecules. Einstein also made significant contributions to the development of the quantum theory. Moreover, he investigated the thermal properties of light with  a low radiation density, later used as the foundation of the photon theory of light.

This list will not be complete without the genius who is Nikola Tesla.  He was a brilliant scientist who developed the alternating-current electrical system and discovered the rotating magnetic field. He also invented the Tesla coil, still being used in radio technology today. He did not have any formal scientific education but that did not stop him from delving into science, so he tinkered in machinery. He worked with Thomas Edison, improving the latter’s ideas; but they eventually fell apart because of the differences and clash in methods and ideas. He established his own laboratory wherein he experiment with early X-ray technology, electrical resonance, arc lamps and others. Tesla was a magnificent man of science but unable to take his gift to his advantage, because he was said to be a terrible businessman and never saw the commercial value behind his ideas.

There you go, The 12 Greatest Scientists of All Time. Do you agree with our list?

Superheroes Who Are Also Engineers and Scientists

The Chinese Government Is Dominated by Scientists and Engineers