Some Guys Dissolve a Calculator in Acetone Just For Fun

Engineers have this special relationship with calculators. We consider them as our bestfriends, used in every exam in engineering school and in almost every task at work.

Given that, how would you feel about a calculator being dissolved? Watch this video by Amazing Timelapse:

Did you feel uncomfortable? That as if you’re bestfriend is dying helplessly before your eyes? Or amazed? Because of how it all transpired?

Regardless of how you felt, know that there is only one calculator harmed in the making of that video. And that chemistry is responsible for how the Casio calculator melted without being heated.

There was no fire involved. Only a container wherein the calculator is suspended, filled with acetone vapor. They put a green screen as background.

Acetone has the ability to dissolve many types of plastics. Because plastics are made of long-chain carbon-based molecules, they are vulnerable to organic solvents like acetone, but not water. 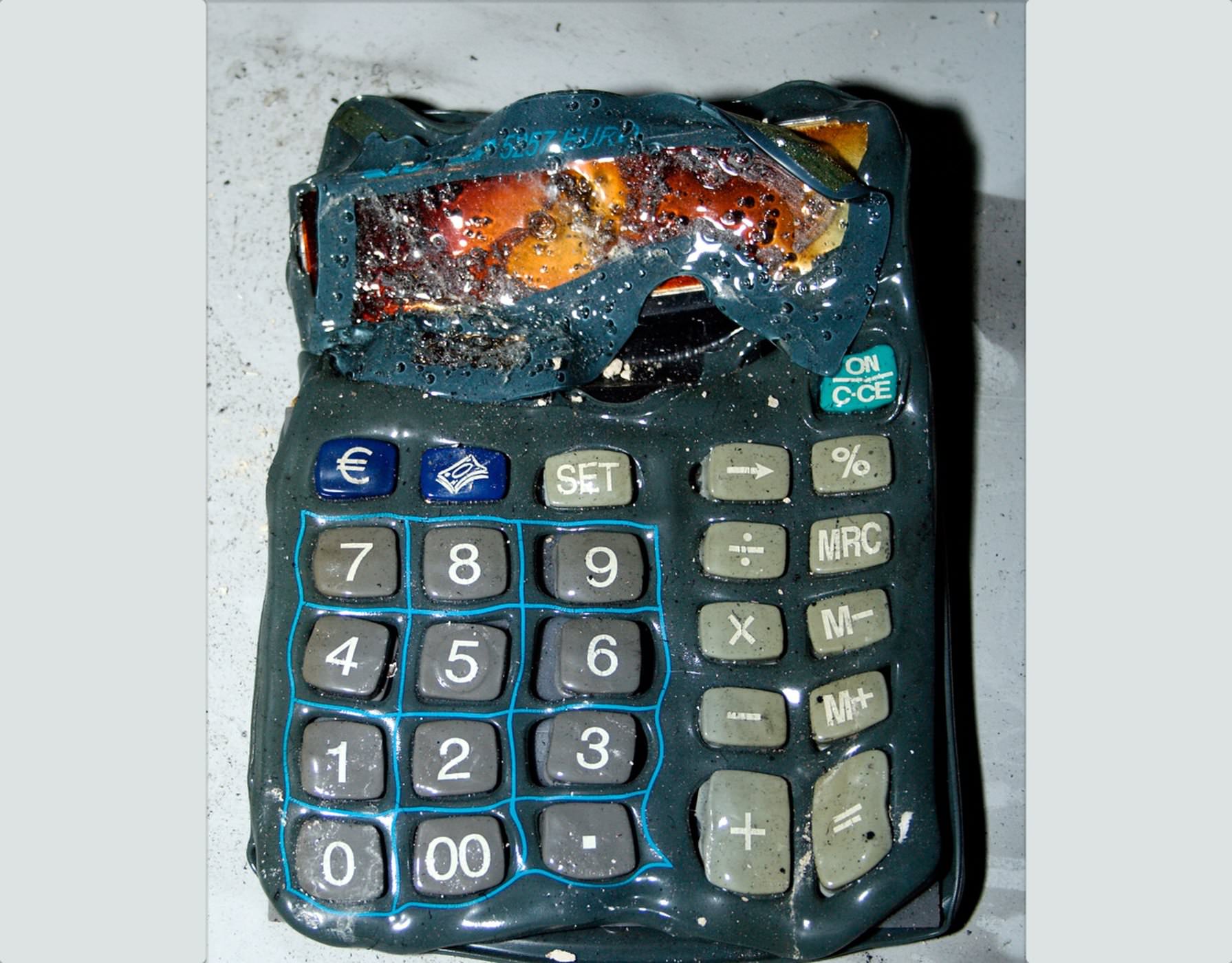 The chemistry behind this phenomenon is quite simple. The long carbon chains of plastic aren’t polar, which means that they don’t have the same positive and negative sides. And there is acetone which is not a polar molecule.

This gives the acetone a sort of special power to some polymers: it could make the individual molecules in the polymer loosen up and make the object dissolve, like in the famous Salvador Dali painting called The Persistence of Memory.

According to the Open3DP website run by the University of Washington, plastics such as ABS (which legos are made of) or polyvinyl chloride (a component of piping) will start to lose their shape and cohesion. That should explain why acetone is a great superglue remover.

The men behind Amazing Timelapse did the vaporization for aesthetics. They say they aren’t professional photographer or chemists, they just did the dissolution for the fun of it. And they got the result after 22 hours of exposing the Casio calculator to acetone vapor. Quite a time-consuming activity, but at least we have learned something today.