Humans tend to think they know what’s best for all the animals everywhere. We create technologies to protect them and most often than not, we use these brand new gadgets to study them. However, there are moments when we tend to do them more harm as observed by scientists from University of Minnesota. 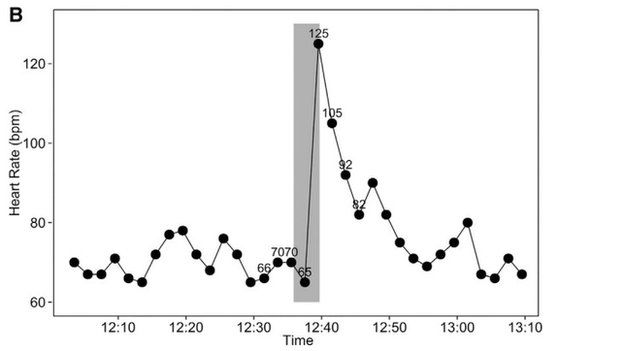 In their study, they tested the effects of using drones around bears. Drones are supposed to study and protect these animals as they serve as guardians to them – monitoring their actions and locating them in case they get lost. However, the weird annoying buzzing sounds these drones create when flying around bears (20 meters above them) tend to increase the stress levels of these bears. This was observed in four free-roaming black bears. GPS collars and heart rate monitors were attached to them to monitor the effects of drones on them.

One of these bears was about to hibernate. We hope this bear was able to sleep throughout the experiment.

Based on their research, when drones approach these bears, the heart rate increases to an average of 123 beats per minute. Scientists expected the bears to move around a lot whenever drones approach them, but surprisingly, they didn’t. The increasing heartbeats are the only sign of stress shown by the bears.  As soon as these drones move far away from them, their heart rates go back to normal.

Because these researchers never want to stop learning about these bears, they will continue their studies. For their next research, they will focus on whether these bears learn to ignore the drones or not as time passes by. Let’s wait for its results then.

Aside from research and protection purposes, drones have also been used to drive away animals. One example is the GooseBuster. This drone aims to scare off unwanted animals (especially geese) by playing loud predatory sounds. Maybe it can have its own theme song as well (GooseBusters).

No matter what the intentions humans have in using a drone, they should be careful in using it since it may lead to an increase in mortality rate for these animals. Instead of saving endangered animals by using drones, it could even lead them to extinction.

1
Share via
1 share, 1 point
Managing Editor and Founder of GineersNow based in Dubai and Manila. Survived marketing at Harvard, Management at AIM and proud Bedan.