“Titans of Tomorrow,” an original five-minute video that scientifically addresses the engineering challenges of landing humans to live on Saturn’s largest moon in the 22nd Century, was named winner of Singapore’s “Mission to Titan” Endeavour Space Camp Challenge today.

The winning production team of four students and one educator from the Ping Yi Secondary School was selected from among 15 teams from eight Singapore schools that competed for the prize of an all-expenses paid week-long, hands-on astronaut training experience at the U.S. Space and Rocket Center’s Space Camp in Huntsville, AL.

“The strong participation demonstrated by our Singaporean students bodes well for a healthy pipeline of talent that will drive and transform the aerospace industry. We hope the rare opportunity to interact with like-minded space enthusiasts and veterans at Space Camp will deepen their interest to pursue studies, and eventually careers in the sector,” said Experia Events Managing Director Leck Chet Lam.

The Endeavour Scholarship was launched by Kallman Worldwide and the program’s namesake, Apollo 15 Command Module Pilot Col. Al Worden, USAF-Ret., at the 2019 Paris Air Show. It promotes science, technology, engineering and math (STEM) education as a proven path from classrooms to careers, and works with public and private partners around the world to send select students and educators from host communities of major international airshows to Space Camp. 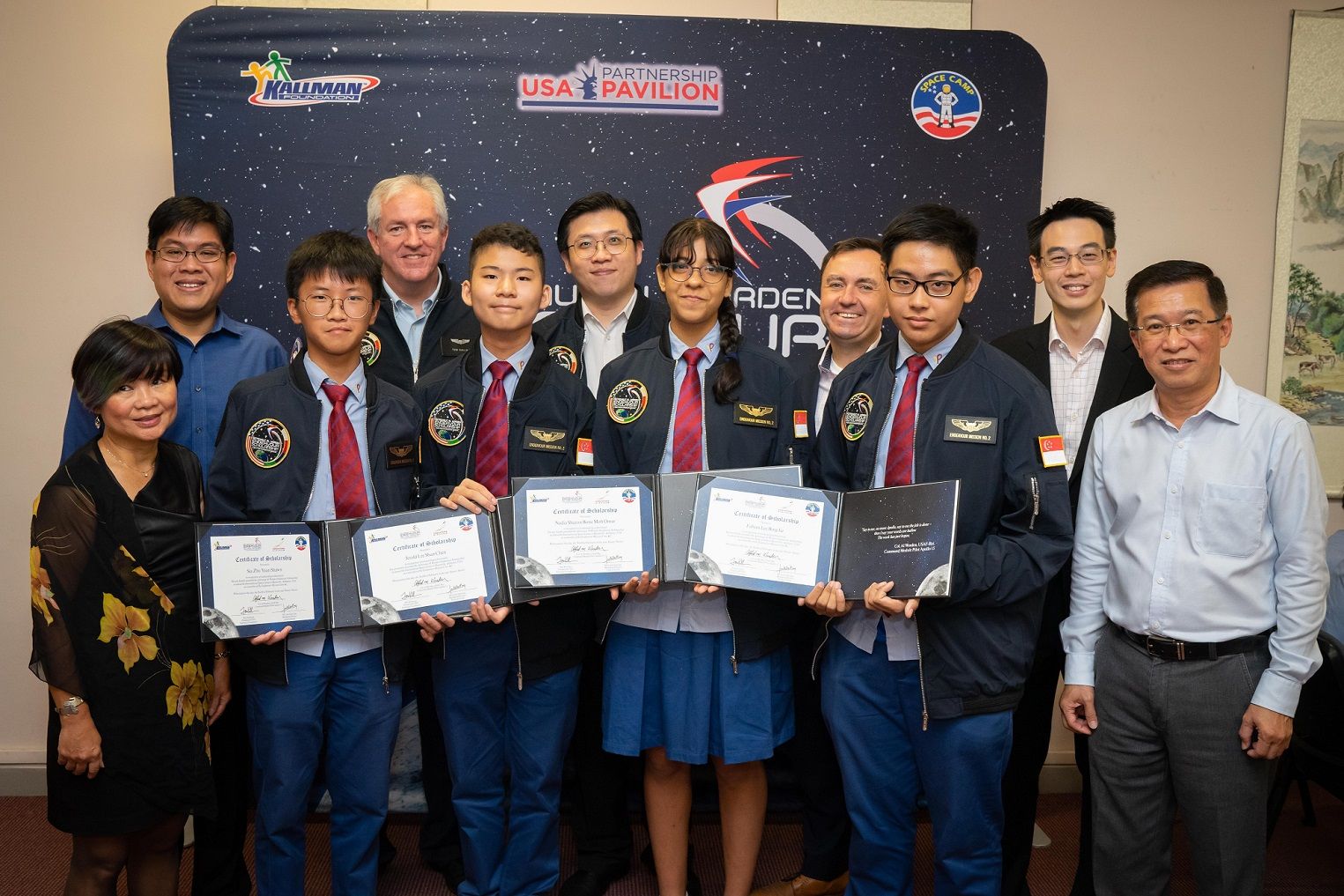 The first awards were presented to the “Endeavour Mission No. 1” crew of four Emirati students and two educators at last year’s Dubai Airshow.

The winning “Titans of Tomorrow — Endeavour Mission No. 2” crew members are:

Read more  What Does a Career as a Military Engineer Entail?

“Nation-to-nation, the Astronaut Al Worden Endeavour Scholarship honors the past to launch the next generation of innovators, explorers and leaders,” said Kallman Worldwide President and CEO Tom Kallman. “Congratulations to the winners and all the teams that participated. Your creativity and hard work remind us of the positive impact space programs have had on society, and the need for continued support of public and private initiatives dedicated to aerospace exploration and commerce.”

As one of only 24 people who have flown from the Earth to the Moon and back, Worden is a role model for career engineers. In the decades following his historic 1971 flight, he has applied his business acumen, technical talents and passion for innovation to a wide range of interests in industry, academia and public service. In particular, he is an active advocate for the future engineering workforce — in all disciplines — and the communities in which they live and work around the world.

“As a lifelong advocate for STEM education and exploration, I am honored and excited to congratulate the ‘Titans of Tomorrow’ on their winning video. And thanks to all the teams that competed in the ‘Mission to Titan’ challenge,” said Worden. “This unique assignment inspired some fantastic, original presentations!”

Since 1982, Space Camp has inspired the next generation of astronauts, engineers and scientists through an immersive program that includes astronaut training and simulated space missions. Space Camp alumni include NASA and European Space Agency (ESA) astronauts as well as engineers, scientists and technologists in myriad disciplines around the world.

“The Space Camp experience bonds like-minded space explorers through their training, missions and team experience,” said Louie Ramirez, interim CEO and Executive Director of the U.S. Space & Rocket Center. “Creating lasting relationships among nations is key to living and working in space and to accomplishing mankind’s next giant leap forward. In that same spirit, the Astronaut Al Worden Endeavour Scholarship heightens connections around the globe to achieve success in space for years to come.”