Problems Every Software Engineer Has To Deal With

Everyone thinks they’re lazy or just wasting a lot of time staring at their monitors, but this is not always the case. If you think that they’re just sitting around doing nothing, it’s not really the case. Being a software engineer is not as easy as it looks and it’s not just something that anyone can do whenever they want to.

If you’ve ever worked for a company who has someone who’s a Software Engineer, you might have seen what they go through on a regular basis. Sometimes, they get yelled at by the boss for not being productive or for not being able to submit the project on the set deadline. You might’ve reacted in a negative way, telling yourself not to be like this person and just push towards being a better employee. But let me tell you this: Most of the time, IT’S NOT THEIR FAULT. “How?” you may ask. Let me give two reasons.

They’re rarely ‘not doing anything’

If you see that they’re just staring at their monitors, they might be doing one of two things: waiting for a project to compile, or thinking about what’s wrong with their logic. There are other things they’re possibly doing, but most of the time it’s just these two.

The downtime of waiting for a project to compile is different for all projects. Some projects take around 10-15 minutes while some take up to an hour just to finish, depending on the hardware. In web development, it can even take longer for a website to be uploaded to the web server. So if they’re just looking at their screens, check if there’s a loading bar on it. They might not look productive but it’s really not their choice.

Read more  Study Shows That Engineers Are ‘Cold-Hearted and Uncaring’

Another reason of the ‘nothing’ mode is internal brainstorming. A code doesn’t get created just by typing magnificent code that your fingers create based on muscle memory, not every code is the same for all projects. A Software Engineer would still need to think what logic fits their problem and most of the time, this is not an easy task. Brainstorming is required to set the right path into creating the right code for the correct purpose. Which brings me to the next problem: Deadlines.

If they say it’s ‘inevitable’, it might really be that way 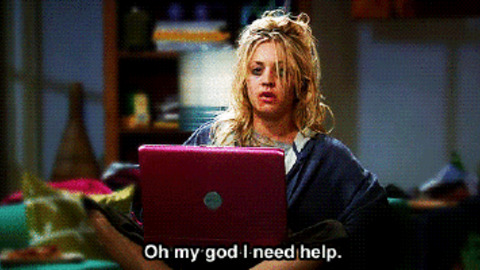 Some clients think that Software engineers can ‘turn apples into lemons’ and vice versa. If you think this is too much of an exaggeration, there are some clients that just request for the impossible. See video below for example. It might be satirical, but hey, it happens.

This is a problem not just for Software Engineering but for most engineering fields in general. They’re tasked with building a mountain in 2-3 days and are expected to get the mountain filled with trees the day after that. If they present anything less of this, they get shouted at or reprimanded, but again, IT’S NOT THEIR FAULT. But what can they do? They can only listen, brainstorm, then provide what they think could work better.

Oh really? But they said they can ‘solve problems’!

Yes, they ARE problem solvers. But there are just some problems that are impossible to solve or may take a little more time to get a solution for. So, if you see a Software Engineer in trouble, cut them some slack. Software Engineers are people too.

Share via
Read more  "I Failed in a Lot of Exams in Engineering, So I Got Help"
Engineering Challenges, Engineering problems, Software Engineer

2
Share via
19 shares, 2 points
Engineer. Writer. Artist. Gamer. Musician. She dreams of building a time machine and help kittens take over the world. Is secretly the pink power ranger in real life.