March this year, a math teacher and mechanical engineer named Pietro Boselli, took the World Wide Web by storm when one of his students in a Mathematics class uploaded a photo of him. Read our story about him here. Well, this beauty, brains & body hunk has a female counterpart—Oksana Neveselaya, the world’s hottest female math teacher.

Oksana Neveselaya, from Minsk, Belarus has almost the same story as Boselli. While she was teaching in mathematics class, one of her students took a video of her lecture and uploaded it online—it instantly went viral.

The stunning teacher turning to the whiteboard to write out equations.

According to The Sun, Neveselaya said on her Facebook account that she wants to “show that sensuality and intelligence go hand in hand”. The sizzling blonde teacher now has 173,000 Instagram followers, and it seems to be continuously growing.

As her fans began to take notice of the videos, many of them also followed her Facebook profile where she has numerous sexy selfies. She has now been branded by netizens as the ‘the world’s hottest female maths teacher’.

As her fans began to take notice of the videos, many of them also followed her Facebook page where she has numerous sexy selfies and her page likes jumped to more than 3,000 in the just one week. 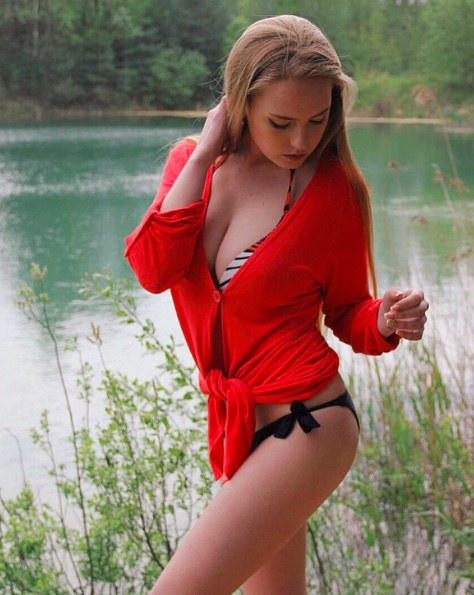 According to her Instagram posts she is currently travelling around Malaysia on vacation, and she has visited Pulau Langkawi, Kedah, Genting Highlands and Batu Caves. But, to those engineers who are hopeful suitors of this beauty, you may be disappointed as she already seems to have a significant other.

Read more  What if Justin Bieber was a Physicist?

126
Share via
7 shares, 126 points
Engineer. Writer. Artist. Gamer. Musician. She dreams of building a time machine and help kittens take over the world. Is secretly the pink power ranger in real life.