US Scientists To Launch The World’s Biggest Geoengineering Study on...

A team of US scientists from Harvard University is ready to begin their 20 million dollar geoengineering project within the next few weeks. Being the world’s largest geoengineering project ever, it aims to eject aerosols 20 kilometers into the stratosphere to assess the technique’s feasibility as a solution for global warming. This technique is done to safely simulate the global atmospheric cooling effects of global warming.

The researchers intend to complete at least 2 small scale dispersals by 2022. The first one will emit water into the stratosphere, while the second one will emit calcium carbonate. Future tests might include the seeding of the upper atmosphere with aluminum oxide, and maybe even diamonds. 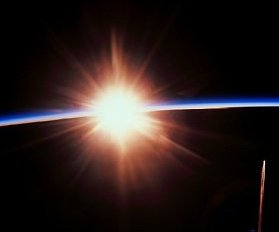 These techniques hope to mimic the atmospheric effects of large volcanic eruptions which alter global temperatures and the Earth’s normal radiation balance. For example, the 1991 eruption of Mount Pinatubo in the Philippines had lowered global temperatures by 0.5 degrees Celsius, while on a more dramatic scale, the 1815 eruption of Mount Tambora in Indonesia had not only cooled down global temperatures, but also caused disease, drought, and famine succeeded by the “year without a summer” in Europe. Unsurprisingly, a 2013 Met Office study warned that dispersing fine particles in the stratosphere could cause a disastrous drought in North Africa.

Due to its unpredictable and possibly catastrophic effects, the scientific community is opposing the project and the idea in itself. “Solar geoengineering is not the answer,” said Kevin Trenberth, a lead author for the United Nation’s intergovernmental panel on climate change. “Cutting incoming solar radiation affects the weather and hydrological cycle. It promotes drought. It destabilizes things and could cause wars. The side effects are many, and our models are just not good enough to predict the outcomes.”

While countries like China are working hard to cut down and eliminate harmful emissions and adopt clean energy practices, the U.S. policy appears to omit any discussion on climate change, and even outright deny its existence. This is why the tech leaders from all over the States have been investing a lot in Climate Change Solutions which aims to reduce these emissions as well, with California leading the effort.

Even the scientists behind the project themselves know that geoengineering should be used as a compliment rather than a full solution to climate change. Still, they insist that it is essential to know whether it’ll work and how it’ll work in case we ever need to deploy it. Frank Keutsch, leader of the experiment calls it “a terrifying prospect, but at the same time, we should never choose ignorance over knowledge in a situation like this.”