A day in the Life of a Grammy Award-Winning Audio...

“Schools teach you engineering by the book. I don’t understand how that’s possible because sound isn’t by the book.” The 26-year old audio engineer, MixedByAli said when asked about his schooling journey.

Derek “MixedByAli” Ali, is Top Dawg Entertainment’s (TDE) in-house DJ. He has worked on all TDE’s greatest projets including ScHoolboy Q’s Habits and Contradictions, Ab-Soul’s Control System, Kendrick Lamar’s Section 8.0 and good kid m.A.A.d city. He also worked with Kendrick Lamar’s To Pimp A Butterfly, which has earned 11 Grammy Nominations for this year. But can you believe that his skill and talent in Audio Engineering didn’t need any formal Engineering training?

MixedByAli’s talents started to show in his childhood. He would take his toys and computer apart just to see how they worked. In his highschool days, he got popular by recording his friend’s voices and turning them into ringtones, which was a trend back then.

He then nurtured his talent by downloading and learning how to use different free programs online like CoolEdit Pro and LimeWire. He also learned also learned a lot from different engineering communities to hone his craft. Soon, his talent was recognized by TDE, and he became TDE’s in-house engineer.

Though MixedByAli isn’t that famous, like most engineers, he considered to have one of the most important roles in making records sound awesome. Being a sound/audio/recording engineer is truly an awesome job, and a lot of people would pay thousands of dollars just to get formal training. But for MixedByAli, it was different.

“I tried to [go to engineering school], but I didn’t have the bread. It was $40,000, $50,000 just for some certificate saying you’re ProTools certified? That’s not for me. I decided to lay the groundwork and be hands-on and find how I like things to sound. My formal training was me on the blogs trying to figure out how somebody did something.

“Everything with me was hands-on and trial and error. That’s the best teacher. I never connected with school, I’ve never liked authority. I like learning by picking things up. I started studying songs, just for the way they were mixed, not even listening to the lyrics.

“The next step was to find out what the pros were doing. I had never been to a studio before, I learned everything online. I was looking for a community online that was trying to learn the basics of the art. I found a site called FutureProducers.com. They had this little section called Studio Design, with maps of mixing and recording, everything broken down behind the scenes. So I got onto that site and started meeting good people and seeing how they set up their own studios.

“They’d have these little threads where you could put up a mix and people could critique it. When those friends of mine who would come in and record ringtones left, I’d mix the whole song and put it up on that site just to get feedback on how my mix sounded. Of course, everything sounded like shit, but it motivated me to try and be better.

“Everybody doesn’t have the same ear you have. I’m not saying going to school for engineering is bad, but they teach you engineering by the book. I don’t understand how that’s possible because sound isn’t by the book. How can somebody tell you how something should sound? I was posting my mixes online and it was kinda dope because I could get feedback from people I didn’t know and people who weren’t biased.

“Nowadays they have all these different engineer communities with online tutorials. It’s a lot easier nowadays, there are a lot more outlets for young people interested in the field to get to know the art.” MixedByAli explained. 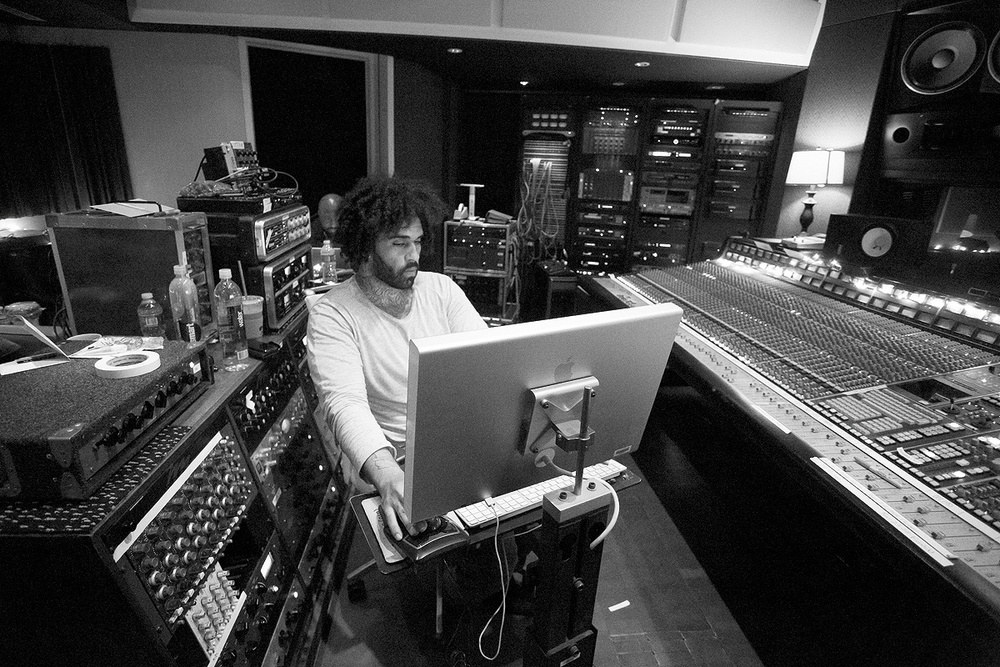 “One thing about engineering: It’s not for everybody. I could put anybody in front of a computer, show them ProTools, and tell them, ‘This is what you do.’ But if you’re not interested in what you’re looking at, you’re going to get bored really quick.

“My job is more of a hobby for me. I could sit in an 18-hour mix session glued to a computer without eating. You have to have a certain passion, you can’t just do it to try and get this check. If you don’t, you’re not going to have a creative vision, you’re just gonna be copying the last mix you heard by the last person and it’s just gonna be another record.” He added.

MixedByAli’s story could be a wake-up call for many of us. His story shows that education is important and that it can be learned anywhere, not just in the confined walls of a classroom. His story also proves that if you make a career of what you really love to do, you’ll never have to work a day in you life.