How Do Exhaust Gas Coolers Work And Where Are These...

The role of thermal dynamics is critical in the fuel atomization of both diesel and gas engines. That’s why internal engine temperatures must be precisely manipulated. However, too-high temperatures can damage the engine. Engines, running on gas or diesel, would need a mechanism to cool exhaust gas prior to recirculating to reduce combustion temperature, which are called Exhaust Gas Coolers. This is a critical part of an engine’s emission control system.

In this post, you’ll learn more about how exhaust gas coolers work and where they’re used, which can serve as your guide.

What Are Exhaust Gas Coolers?

How Does An Exhaust Gas Cooler Work?

EGR coolers are designed to cool the exhaust gas of engines with coolant to reduce its volume and increase its density before the cooled exhaust gas returns to take in the air of the engine. It reduces combustion temperatures, producing oxides of nitrogen. Here are the best features and benefits of exhaust gas coolers:

Read more  The World’s First and Only Wooden Supercar 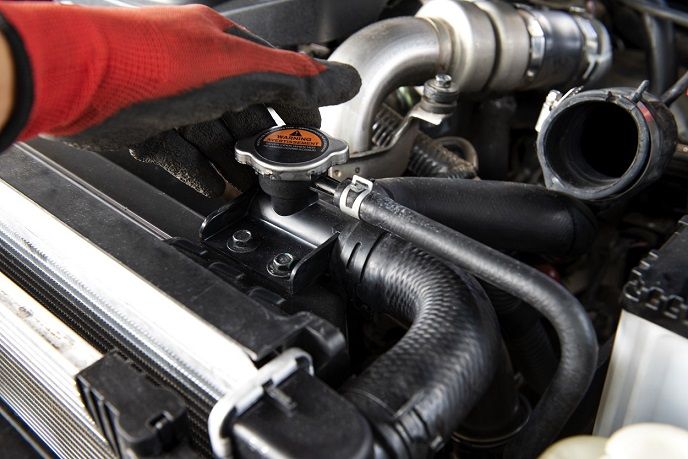 EGR systems are commercialized as a way to reduce nitrogen oxide for a wide array of diesel engines. EGR coolers are installed in light-duty engines, medium-sized engines, and heavy-duty diesel engines up to two-stroke low-speed marine engines.

When it comes to the main components of EGR cooler systems, they include EGR coolers and EGR valves. The main considerations you need to consider when designing EGR systems include deposit accumulation, engine lubricant, contaminants, system packaging and more. These are the benefits of EGR coolers for diesel engines:

A properly operating exhaust gas cooler can theoretically increase gasoline engines’ efficiency via several mechanisms, which include the following:

Keep in mind that because the EGR system recirculates some exhaust gases, the valve can become clogged over time with carbon deposits. It prevents the EGR system from operating correctly. While clogged EGR valves can be cleaned, you need to replace a faulty valve.

EGR coolers aren’t available in all vehicles, which play a crucial role in drivability and engine performance. Problems with your vehicle’s EGR cooler can result in increased emissions, which can be a problem in emission testing. That’s why you have to know the signs of a failing exhaust gas cooler, which include the following:

An Exhaust Gas Cooler is an essential part of diesel and gas engines that primarily recirculates some exhaust gases. It reduces the production of nitrogen oxide, which can affect the efficiency of engines. Light to heavy-duty engines need EGR coolers to perform at their best, getting the most out of gas to avoid wastage and improve performance and production.