Engineers know the standard unit of power to be horsepower which is equal to 550 foot-pounds per second or 745.7 watts. This is conventionally used as a road metric. But because cars perform differently on sand, a leading Japanese carmaker introduced a new unit of measurement to evaluate cars’ abilities on the dunes.

Together with National Geographic, Nissan Middle East has pioneered a new unit called camelpower (cp). And like other units of measurement, it has its scientific basis.

According to its website, camelpower is calculated by multiplying the velocity by the projection of the weight over the same trajectory. It can be applied to any off-road vehicle that positions itself as being desert-capable.

Camelpower has the following formula:

After running actual camels on a sloping test track angled at 14 degrees, one camelpower has been calculated to be the equivalent of 765 watts, which is a little higher in value than the horsepower.

This proposal of a unit was developed by engineers from Nissan Middle East for over year and a half, realizing that desert off-road driving is already considered a sport in the region thus requiring a unit of power intended for cars racing in the desert.

It was revealed as part of the re-launch of its off-road king, the Patrol Super Safari, at Al Maha Desert Resort in the Dubai desert. Nissan Middle East wanted to tell the world that its vehicles are as “perfectly made for the desert” as the camels are. 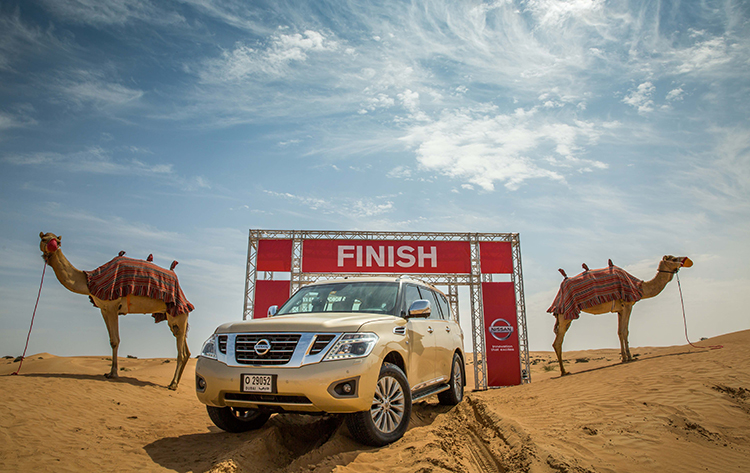 ‘Camelpower’ is fully supported by the Emirates Authority for Standardization and Metrology (ESMA), which is going to take this unit to a global ISO accreditation and get all car brands to apply it to their SUV desert models.

Nissan Middle East managing director Samir Cherfan said, “In some ways, it is surprising that such a formula has not been developed before now, given the amount of time and energy the off-road community puts into making claims and counter-claims about what constitutes a good desert vehicle.

“However, it is typical of Nissan to tackle the issue head-on and take this ground-breaking first step. We are proud that the development work has [focused] on Gulf countries. We are also confident that the concept will find widespread acceptance among both the leisure off-road community and those who live and work in areas where off-road capability in a vehicle is absolutely essential.”