You Can Now Send Money To Your Friends Through iMessage

Let’s face it, sending money from one person to another can be a drag sometimes. Sure, there’s easy options like Paypal, but if you’re in a place with unsecure connection or if one of you doesn’t have a paypal account, you’re stuck with bank transfers. The hassle is all over now though. As part of Apple’s upgrade to iOS 11, the company has announced that users will finally be able to send money to their contacts on the iMessage app. The money will then be received in the form of a virtual Apple pay card.

The feature will come built into the app itself, and it’ll allow you to send and even request money from any of your contacts with a single tap. It also has an auto-recognition feature, being able to recognize phrases like “you owe me $10” and automatically prompt the other user to send a payment.

This isn’t the first time a messenger app that lets you send money to your contacts. Square and Venmo already have their own apps that allow such a feature on their respective platforms. However, the fact that Apple is a much more popular platform already gives them the edge, as with most of the software features they have introduced. 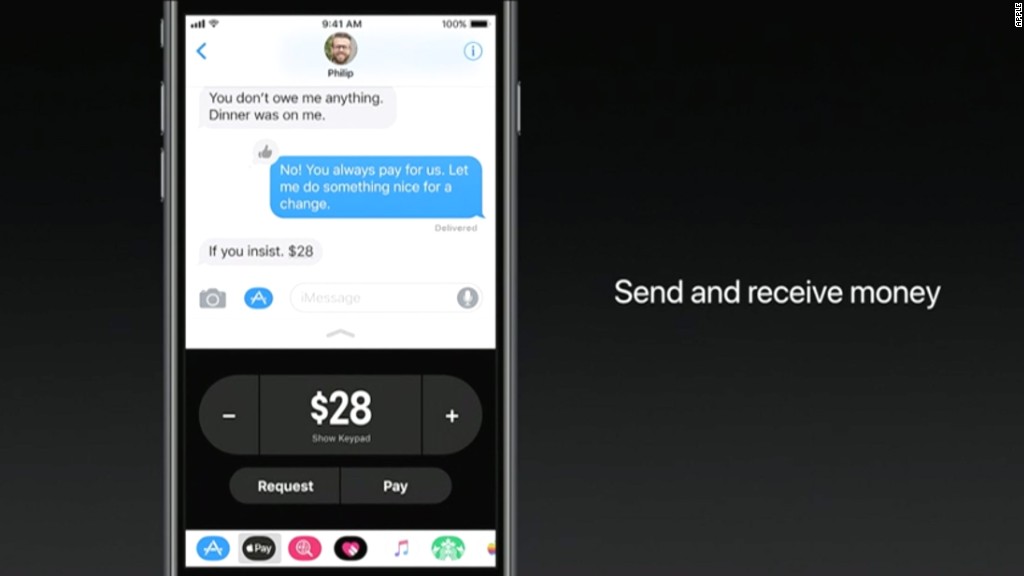 These peer-to-peer payments that the company has integrated via their Apple Pay service are pretty neat. They’re extremely convenient and much more widespread that they can eventually overtake Venmo and Square Cash payment methods. When someone has sent you money, the balance automatically gets turned into an Apple pay card. Then, it’ll be sent into your Wallet app, which you can then turn into physical cash onto your bank account. You can also use the Apple pay card directly wherever it’s accepted, both online and in-store. All of this has no waiting period whatsoever. Basically, anyone who owns an iOS device has their own virtual card that can hold a balance and can be spent whenever and however you wish. It’s quite a clever move, especially in today’s world where digital banking is essential. Their marketing team sure knows how to get the desired audience.

Share via
Read more  Engineering Student Problems: How Do I Live Within my Allowance?
apple, ios, Money