Architects Designed A Skyscraper That Hangs From an Asteroid

Being the most densely populated district in New York City, Manhattan has the most Industrial buildings and skyscrapers there is in the area. However, due to state laws, building a skyscraper has its height restrictions, so you can only build so high until it becomes illegal. The solution to this? Why not build a tower suspended by super strong cables and attached to an asteroid?

The New York Architecture firm Clouds Architecture Office proposed the outrageous yet interesting idea as a way to bypass building restrictions. Since the tower won’t be stuck to the ground, the state laws technically don’t apply, so they can build the tower to be as high as they wish.

Named the “Analemma Tower”, it would become the world’s tallest building- that is, if it ever gets to be constructed in the first place. Logically, this tower still has no plans whatsoever to be constructed. Ostap Rudakevych, founding partner of Clouds Architecture Office said that the firm had only designed this tower to see what could be possible in the future.

The Analemma Tower, being a suspended tower connected to an asteroid, could be constructed anywhere in the world due to the fact that it can just orbit its way to New York City. They propose to build it in Dubai, as they are specialists in tall building construction at only 1/5th the cost of New York City construction.

The tower would hang from the asteroid at around 50,000 kilometers above the ground. The building would regularly “orbit” only a few parts of the world, from New York City all the way to Peru in South America in an “8” path. 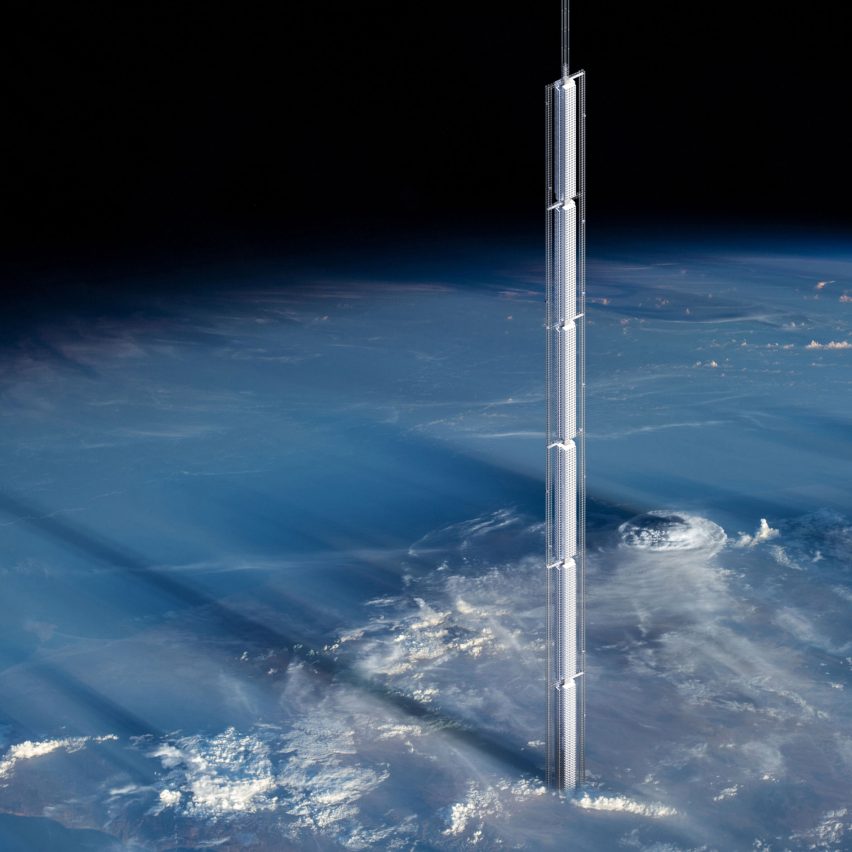 Another benefit of the tower not hitting the ground is that it can avoid damage from floods, earthquakes, and tsunamis. Residents of the tower would be greeted by spectacular views as well.

The tower can’t begin construction any time soon, as current technology can’t support it. “I would love to see it built, however I don’t think I’ll be alive when it happens,” says Rudakevych. “As architects we’re trained to imagine things that will exist in the future. For example, when we design a house, we are drawing and rendering something that doesn’t exist until it’s built,” Rudakevych adds. “We’re very interested in what the future might look like or feel like.”