World’s Smallest 4G Smartphone Has Longer Lasting Battery Than Your...

Ever noticed how leading smartphone manufacturers now are making their products bigger and bigger? Well, not Unihertz, a company based in Shanghai.

Engineers at Unihertz have created what they call as the world’s smallest 4G phone, which is only half as tall as the iPhone 7. The smartphone’s name is Jelly.

While it has a small screen at only 2.45 inches, it has the power of other Android devices, running on Android 7.0 Nougat with access to most of the Google Play Store apps. Did I mention it supports the ultra-fast 4G network?

Jelly has a 1.1 GHz processor, up to 2GB of RAM, 16GB of storage which expandable up to 32GB via a microSD card, and two nano SIM cards. It is packed with two cameras too, a 2-MP facing the front and an 8-MP at the rear. 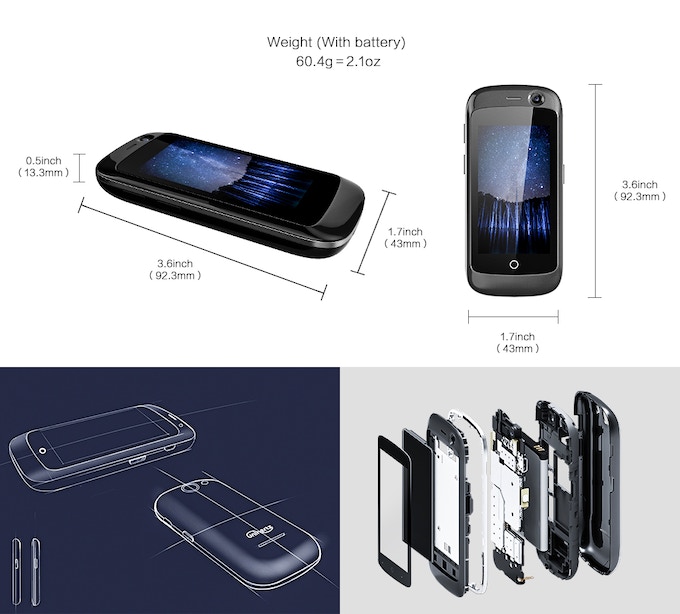 Perhaps the selling point of this 4G phone is its battery life. Despite that it only has a small 950 mAh battery, Jelly is claimed to last long for three days of “average usage” and up to seven days of standby time. That’s powerful considering that an iPhone 7 with a 1,960 mAh battery and Galaxy S8 running on 3,000 mAh only last one to one and a half days on a single charge.

The phone is perfect “anywhere that a large, expensive and delicate smartphone is impractical — good while traveling, working out, or for kids,” says Unihertz.

It is available in white, blue, or black. Unihertz took to Kickstarter for funding, with Jelly costing $69 there. When it is out in the market, each Jelly will cost $109.