Strategies of the Middle East Power Sector to Keep Pace...

The Middle East power sector has been striving to satisfactorily match the region’s power demand. And while the requirement is exponentially growing, investment in the sector is observed to remain incremental. Altaaqa Global, a leading global provider of multi-megawatt temporary power solutions, shares its thoughts on the current regional power market and sheds light on some of the region’s strategy to stay in, or even win, the so-called “race”.

The demand for electricity in the Middle East has been steadily increasing in the past several years. It can be ascribed to several general factors, including constant population growth with the arrival of tourists and new residents, rapid urbanization, a remarkable spike in consumption during peak summer months, low electricity prices and gradual improvements in income levels among households and businesses. As the demand is expected to continue rising in the coming years, the need to expand the region’s current generating capacity is growing ever more urgent.

In order to satisfy the projected power demand from now till 2020, the GCC alone, which represents 47% of 148 GW of the current power generating capacity of the region, needs to ramp up its power capacity by an average of 8% year on year. This will entail an investment of USD 85 billion to add 69 GW of generating capacity, on top of USD 52 billion to construct transmission and distribution facilities.

A close look at the region’s power demand

To better understand the state of the region’s power market and the scale of expansion that needs to be done in the near future, let us throw the spotlight on the current power situations of the major countries that comprise it. The power consumption the United Arab Emirates has more than doubled in the past 10 years. According to estimates, the UAE’s gross domestic electricity consumption will reach 141 TWh in 2020, up from 103 TWh in 2014. The considerable growth in power consumption in recent years can be largely attributed to the country’s preparations for the World Expo in 2020, during which about 25 million tourists are expected to visit the UAE. With its current electricity demand, Saudi Arabia needs to invest at least USD 140 billion by 2020 to uplift its generating capacity from 51.5 GW to 71 GW. The persistent rise in power demand in the country is attributed, to a large extent, to its continuous investment in several sectors, including public infrastructure, utilities, healthcare and education, to name a few. Thus, the sustained construction and industrial activity, coupled with an increasing electricity demand from its residents and businesses, cause the country’s power requirements to grow. Qatar is experiencing a period of heightened construction activity, as the country gears up for the upcoming FIFA World Cup 2022. The related infrastructure development (building of eight new stadiums, renovation of three existing stadiums, and establishment of Lusail City), expanding transportation network (building of Doha Metro Rail and expressways), surging public and private investments, and booming hospitality sector are driving the growth of the electricity requirement in the country. 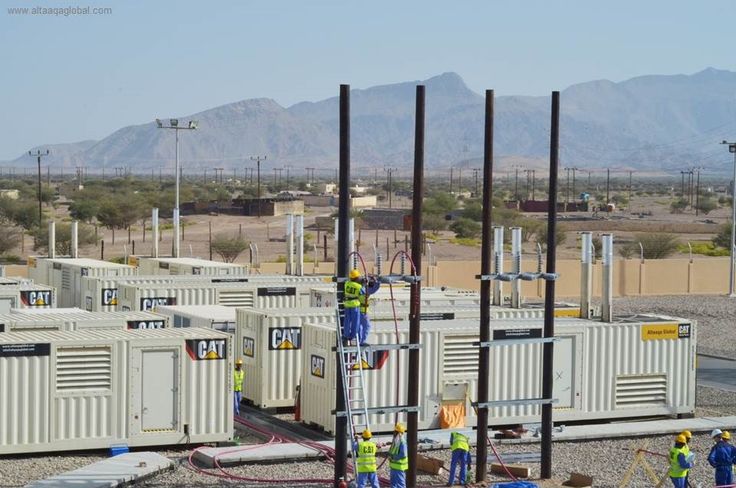 According to a recent report released by the Oman Power and Water Procurement Company (OPWP), Oman’s peak average annual growth in power demand for the next seven years will be approximately 8%, rising from 5,565 MW in 2015 to 9,529 MW in 2022. OPWP ascribed the increase in demand for power to continuous residential growth, overall economic expansion, and the rapid development in industrial estates or free zones and tourism projects. Kuwait’s peak electricity requirement is set to almost double by 2020. From the current demand of around 15,000 MW, Kuwait’s Electricity Ministry estimates that in 2020, the country’s electricity requirement will jump to 17,000 MW. The Ministry attributes this notable growth trend to the country’s harsh weather conditions, particularly during the summer months, and the highly subsidized energy tariffs. With one of the highest rates of energy consumption per capita in the world, meeting electricity demand has become a growing concern for Kuwait. Amidst population growth and industrial expansion, Bahrain’s electricity demand is continuously increasing. Bahrain’s available generation capacity at the moment is 3,922 MW during peak summer months, with around 600 MW of spare emergency import capacity through GCC’s interconnected grid. For the country to satisfy the projected rise in power demand, its power generation capacity needs to be expanded by an average of 6%.

It is worth noting that electricity demand is also projected in increase in other countries in the region, like Yemen, Iraq and Syria, as they embark on infrastructure rebuilding and rehabilitation, and re-establishment of a reliable power connection. As the governance and the economic climate in these countries become more stable in the coming years, their power consumption is expected to exponentially rise.

The outlook of the region’s power market

Amidst the current economic challenges experienced not only in the GCC but also in the entire region, the governments are looking towards the development of new cost-effective and efficient sources of electricity, and sustainable opportunities and approaches to reduce overall energy consumption.

For instance, countries in the GCC have set an objective that a minimum of 10% of their overall power production by 2020 should come from renewable sources of energy. A vital component of the region’s overall renewable energy mix is solar, with sunshine available across the region for the most part of a year. Industry experts estimate that 85 to 90% of the region’s investment on renewable energy is poured into the development of solar power facilities, with UAE, Saudi Arabia and Kuwait leading the way.

Alongside the intensive drive to harness renewable energy sources is the push to develop “Smart Cities” – urban projects that capitalize on digital technology and information and communication technologies to improve the quality of life of the citizens and better manage public services, such as power, water, transportation, health care and waste management.

In essence, in the face of decreasing revenues from oil, governments are realizing the benefits of partnering with the private sector and independent power producers (IPP) to boost the region’s available electricity capacity. Industry experts estimate that IPPs can contribute as much as 20 GW to the region’s power supply. At present, countries in the region are rolling out various initiatives within the power sector, which aim to allow competition at the power generation level, establish separation in the market to introduce more competition, and liberalize domestic energy prices over the medium-term.

In Part 2 of this feature, we will zero in on the available power generation technologies that respond to the current requirements of the governments in the Middle East. We’ll take a close look at how these innovations can satisfy the region’s demand for reliable power, support its current drive to harness renewable energy and contribute towards the minimization of initial costs and related expenses.

This article is sponsored by Altaaqa Global