Among all the animals, bats are known to have the most complex flight mechanism. Though it seems that they have reckless flight paths, these creatures are one of the most precise flying creatures on the planet. They are capable of changing direction almost instantly with great accuracy and this has amazed and intrigued many scientists for many years.

Bats wings are extremely intricate as they have over 40 joints in their wings. The recreation of these complex wing motions can be very difficult. Roboticists have found this task very difficult to do. However Caltech professor and Jet Propulsion Laboratory researcher Soon-Jo Chung and his research team has been able to accomplish this.

The researchers at Caltech and the University of Illinois at Urbana-Champaign (UIUC) were able to engineer the first robotic bat that is capable of flying with almost the same fidelity as a real bat. They call it the “Bat Bot”, which has soft and articulated wings that can mimic the complex motions of a real bat. 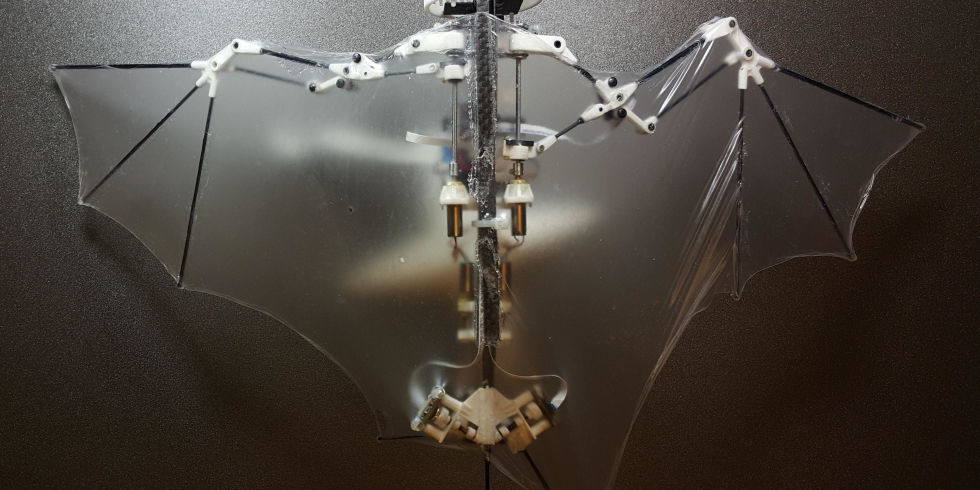 This new design simplified the bat’s complex composition of 40 joints down to only 9. This bat robot was created from carbon fiber bones as well as 3D-printed socket joints which weigh only 93g. It has an incredibly thin silicon-based membrane that stretches over a wingspan of almost 1 foot. The wings are able to flex, extend, twist at its shoulder, elbows, wrists, and legs.

According to Soon-Jo Chung, “This robot design will help us build safer and more efficient flying robots, and also give us more insight into the way bats fly,”

The bat bot was able to perform the complex flight maneuvers real bats are known for–to be able to individually move each wing while constantly altering the wing’s shape. Also, its ability to control its flying characteristics gives it an advantage of optimizing its efficiency, speed as well as maintaining a quiet and low-profile design.

One of the advantages of the Bat Bot is that it has a flexible wing membrane feature. Conventional fabric like nylon and Mylar, which are usually used for artificial flying devices, cannot be stretched easily. This is why the Caltech engineers chose to use a much stretchier counterpart. It is an ultra-thin (56 microns), silicone-based membrane that can mimic stretchable, thin bat wings.

This robot’s flexible wings have the potential to increase the efficiency of many flying robots that are currently in the market. When Bat Bot flaps its stretchable wings, the wings become inflated with air. When the wing reaches the lowest part on its downward flap, the membranes will quickly snap back and will release a blast of air. The increase in the downward force creates a huge increase in power. Currently, Bat Bot’s design is not yet advanced enough to support long distance missions. But as the research team develops and improves the robot further, this could be used for close quarter, urban environments.