The Engineering Behind Santa’s Sleigh

On Christmas eve, millions of children all over the globe who believe in Santa Claus will be anticipating to open their gifts on Christmas morning. Just like the traditional Christmas tales, they would be expecting Santa Claus, his team of reindeer and his awesome sleigh to glide across the night sky and bring them their presents.

Everyone has their own version of Santa’s sleigh, and if it were real, how do you think it would look like? Have you ever wondered how Santa’s sleigh flies? Also, how does he fit all those presents in just one bag? Surely, there’s more to it than just an ordinary sled and a team of reindeer.

And since we engineers love demystifying even the most bizarre phenomenon, here’s how Santa’s sleigh would be like according to an engineer.

Traditionally, we would imagine the exterior of the sleigh a traditional and rustic design, with its usual red hue.

The sleigh would have a dashboard that is equipped with Santa’s own GPS navigator. The navigator being connected to his elves in the North Pole, wherein they would show millions of destinations that Santa would have to pass by. The navigator is also equipped with backup data of all the destinations the previous year, just in case the signal goes out.  A touchscreen device that has all the kids of the world monitored whether they’ve been naughty or nice. This device checks every detail of the kids’ activities until the last few hours of December 24, and will determine if the child deserves a gift or a shiny piece of coal.

On the left side of the dashboard, there will be a speedometer to monitor Santa’s flying speeds. On the right side, there will be a radio communicator wherein Santa will be able to communicate with Mrs. Claus and the elves to update him with weather report, toy inventory as well as emergency news.

Santa Claus could get bored or lonely during his solo flight, so to keep him company, we can imagine that his sleigh includes an installed iPod dock and a matching peppermint-designed iPod that plays Christmas songs for the entire night. His sleigh would also have a hot cocoa dispenser and carrots for the reindeer in the compartment. 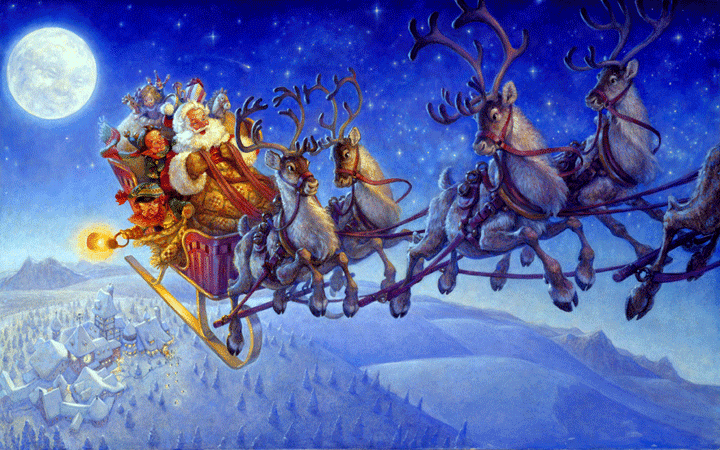 Okay, so how in the world does he fit his presents in one bag? We can call this a transdimensional gift compartment in a bag, which serves as a portal between the sleigh and the North Pole. Therefore, the bag is never really filled. You can imagine Mary Poppins bag, the theory may be similar. 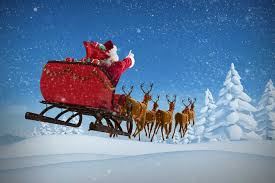 In science fiction, antimatter is what is used to allow spaceships to travel at warp speed—they’re referred to as antimatter propulsion rockets. This may be possible in the real world in the near future. Currently, NASA is developing a spaceship that may get us to Mars within a matter of weeks.

Santa’s sleigh would be special, it will have a customized antimatter propulsion unit. It would be small enough to be installed at the back of his sleigh and fast enough to be able to deliver all the presents to the children across the globe. If ever the rocket fails, his reindeer will be there to back him up.

60
Share via
7 shares, 60 points
Speaks Russian, Arabic, French and English. Wannabe engineer at GineersNow TV. Based in sunny Dubai and cold Moscow. Follow me on Linkedin