Make Your Own Version of Thor’s Hammer that Only You...

Most comic book geeks and pretty much anyone who has watched the movie ‘Thor’ knows that the only one who can lift Mjolnir (Thor’s hammer) is basically Thor and others who can be deemed worthy of its power. That’s why Allen Pan, a freelance engineer, created his own version of Mjolnir—and it’s awesome. After creating the hammer, he documented a video wherein he had a number of people try to lift it from the ground. It was indeed a perfect working replica of Mjolnir. After a lot of requests from his YouTube followers, he finally created a tutorial on how to make your own. 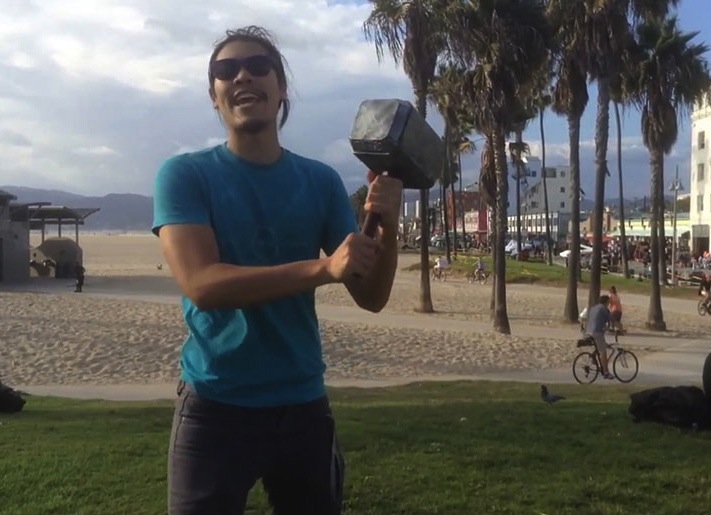 You read that right! You can now make your own version of Thor’s hammer that absolutely only YOU can lift. All you need is a bit of engineering, creativity and a whole lot of geekiness.

The engineering principle revolves the use of an electromagnet and a finger print scanner. By wiring together the electromagnet and the scanner and placing it inside a toy Mjolnir, when it’s switched on, the hammer becomes magnetized and will stick to any metal until the scanner recognizes your fingerprint and releases the weapon. A pretty clever idea if I do say so myself.

So, here’s the video of Pan testing out his version of Mjolnir, and a tutorial video on how to make one. He also included links and step by step instructables in his video so you’ll be able to follow easily.