The city of Beppu in the Oita Prefecture on the island of Kyushu Japan is home to more than 2,000 hot springs, or onsen as what the Japanese call them.  That many of hot springs cannot simply stay as they are – they have at least be made or integrated into something else to promote tourism in the area.

So Yasuhiro Nagano, the mayor of Beppu, thought, “Why not make a hot spring amusement park?” And that’s exactly what he did.

All it took was getting a million views for the video, posted in November 2016, which the Beppu mayor made to confirm that the idea is a great one. The mayor promised that if they achieve that target, the onsen amusement park will become a reality.

The video got more views than expected – in a week, it had almost twice the necessary number. A crowdfunding for the park was also so successful that there was no reason that the park will not be created. 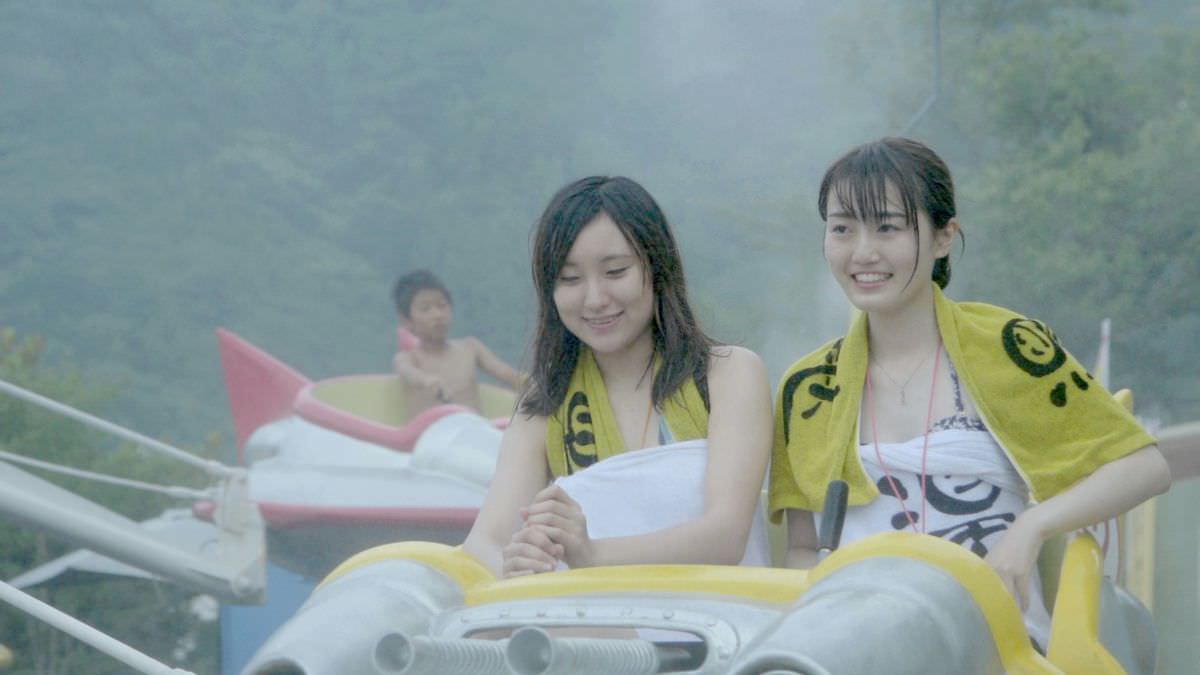 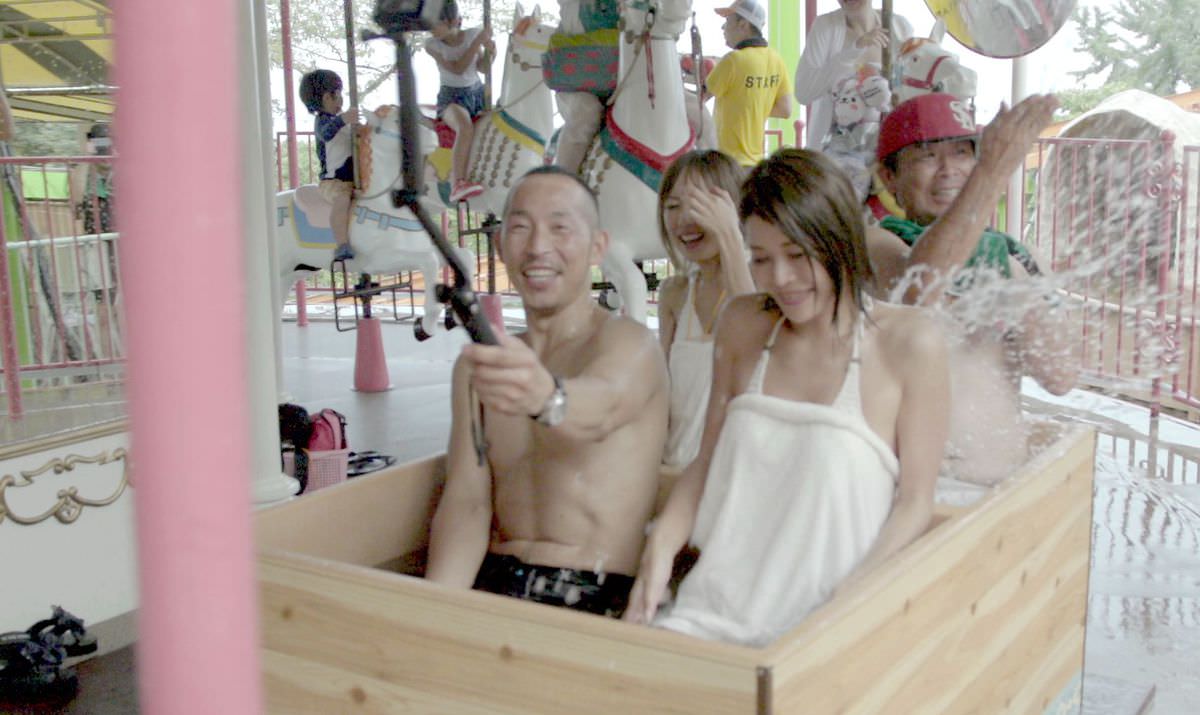 Video by the City Mayor of Beppu

Wittingly called the Spamusement Park, or Uenchi in the local language, it got its first guests in July this year. The first people to enjoy the park were those who pledged 8,000 yen (about $72) or more. They were able to have an exclusive use of the park for three days starting July 29.

Uenchi is actually a preexisting amusement park called Rakutenchi, only overhauled to become one which offers hot spring baths almost everywhere. That’s why the opening of the park was so fast – Beppu did not need to build the park entirely from scratch.

The park is one of its kind. It has the Onsen Bubble Jet Roller Coaster, which fills the cars’ seating area with froth foam; the Onsen Merry-Go-Round, bathtubs filled with hot spring water; and the Splash Glider, a ride wherein people are sprayed with hot spring mist as they go around and around. 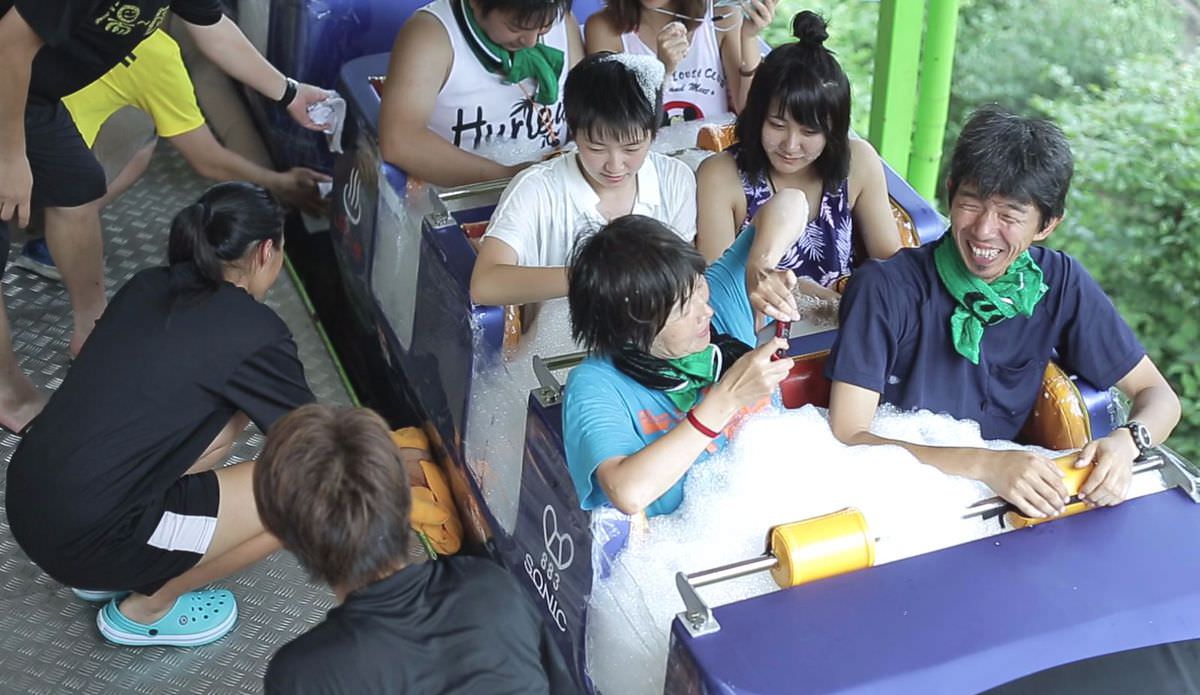 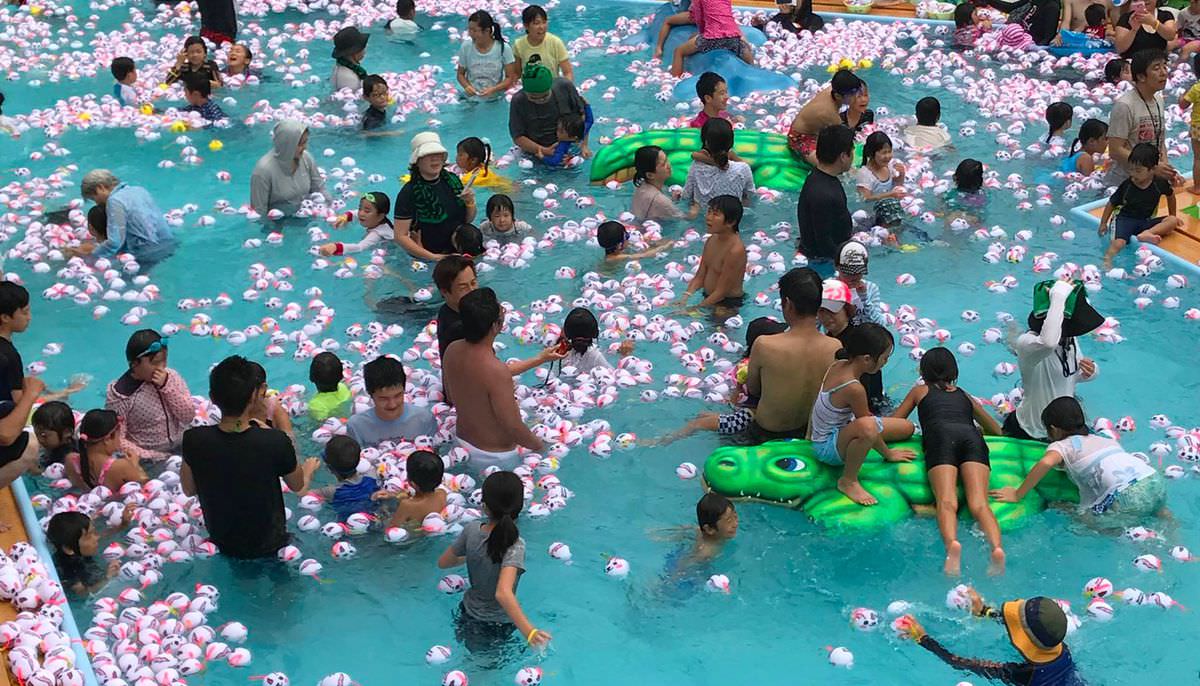 People who visit the Spamusement Park are urged to wear clothes that they don’t mind getting wet. In the original video of the park, visitors were shown wearing a towel wrapped around themselves. But in a visit by Japanese-language writer Masanuki of Rocket News 24, he wore just a towel – with trunks underneath – with the rest were in shirts and shorts.

This meeting of the amusement park and hot springs is one of its kind. It is only a bonus that there are exceptional views of the city of Beppu where the Spamusement Park is located.