Soneva, the world-leading resort operator, announces the official launch of its Namoona Baa initiative with the unveiling of the ‘eco-centro’ complex on the island of Maalhos, Maldives. Namoona Baa sees the islands of Maalhos, Dharavandhoo, and Kihaadhoo in the Baa Atoll pledging to end the open burning of island waste, in a radical shift towards eco-friendly waste management. The pledge was made by the Presidents of Maalhos, Dharavandhoo, and Kihaadhoo island councils, during a workshop on waste held at Soneva Fushi on January 5-8, 2019.

To end the practice of the open burning of waste, which poses a health and environmental hazard and damages tourism, each island will create an ‘eco-centro’ waste-to-wealth centre that will sort, recycle and reuse island waste. The eco-centro model was pioneered at Soneva Fushi, which is located close to Maalhos. At the resort, food and organic waste, metals, and bottles are chipped, ground down or composted, and turned into things of economic value, such as concrete building blocks and fertilizer. Plastic waste is either recycled or used to create useful new objects. 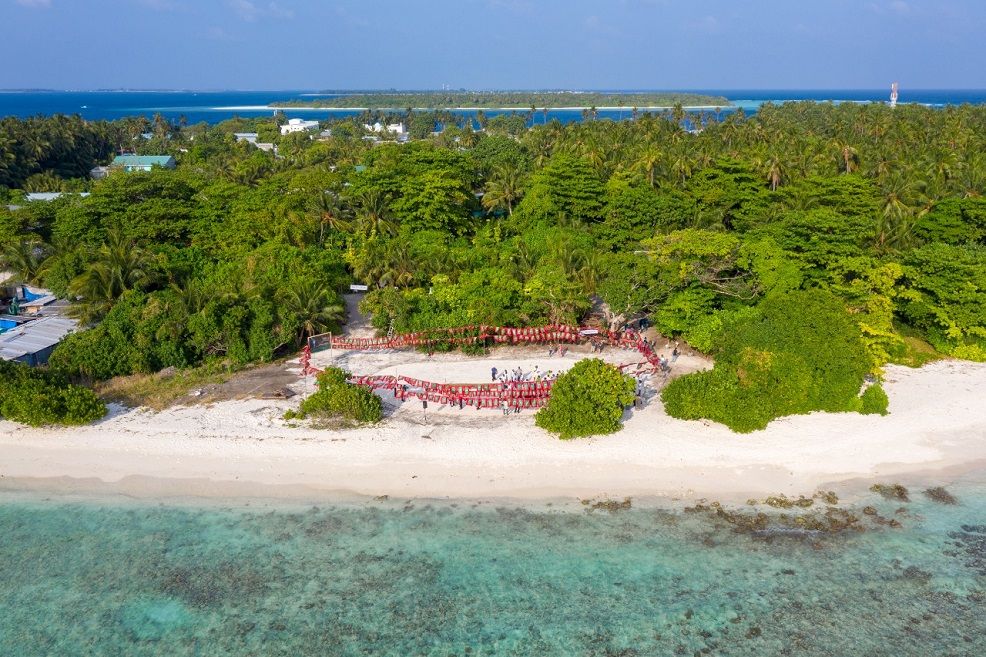 Soneva has pledged funds from its Soneva Save our Seas programme to support the creation of the eco-centros on Maalhos, Dharavandhoo, and Kihaadhoo. During the January workshop, the island council presidents helped forge a new partnership between their islands, Soneva Fushi, and Common Seas, an international NGO dedicated to reducing marine plastic pollution.

The new partnership – part of the international Clean Blue Alliance which supports islands to prevent plastic waste leaking into the ocean – sets a course for Baa Atoll, and eventually the Maldives, to become a global leader in halting ocean plastic pollution.

As part of the inauguration of the Maalhos eco-centro, a friendly cricket match took place on the island. Maldivian Parliament Speaker, President Mohamed Nasheed, played a game of cricket yesterday afternoon alongside former Indian international cricketer Harbhajan Singh, and a number of Maldivian cabinet ministers and officials. The match helped showcase a new recreational area created on the island, which had previously been the site of a rubbish dump. The area has since been transformed into a recreational area under the Namoona Baa initiative.

Speaking at the new Maalhos recreational area, President Nasheed said: “What we have brought to our islands in the course of building a life, has taken us over – waste has taken over our reefs, beaches and islands. This waste is now a curse.”

Maalhos island council president, Abdulla Shujau said: “The Eco Centro is a revolution for Maalhos. After 20 years, we have turned our dump yard into a proper waste centre.”

Prior to playing cricket, President Nasheed, the Maalhos island council president Abdulla Shujau, and Soneva CEO and co-founder Sonu Shivdasani officially inaugurated the Maalhos eco-centro waste-to-wealth centre – an innovative, waste processing complex modelled on Soneva Fushi’s Eco Centro. At the complex, the island’s waste is sorted into different categories such as plastic, glass, tin and wood; which is then compacted, crushed, and chipped where possible, and sent for recycling. The new eco-centro has enabled Maalhos to completely stop the open burning of rubbish and waste – making it the first inhabited island in the Maldives to do so. 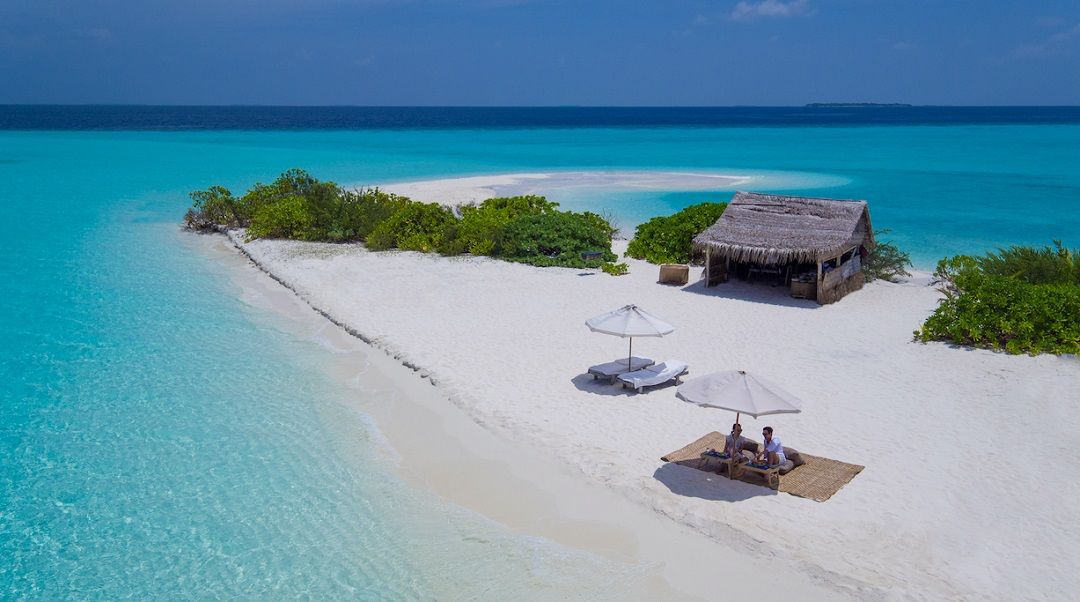 “Maalhos can now produce wealth from its waste. This is just the beginning; and we will roll out the eco-centros to Dharavandhoo and Kihaadhoo this year, and working with the government hopefully to extend the project to the whole of Baa Atoll – making it truly Namoona Baa,” said Sonu Shivdasani, Soneva’s CEO and co-founder.

Dealing with waste, particularly plastic, is a major issue for every island community in the Maldives. Plastic bottles and bags tend to litter streets, island jungle and beaches, while waste is routinely burned in toxic, open bonfires. Human health and guesthouse tourism suffer as a direct result of this practice.

Under the Namoona Baa Initiative, the Maalhos model will be expanded to neighbouring Dharavandhoo and Kihaadhoo, with eco-centro waste-to-wealth centres established on both islands later this year. With government support, it is hoped that the model can be rolled out across the Baa Atoll, and eventually the whole of the Maldives.

In August 2019, Common Seas produced a preliminary report for the Maldivian Government showing how the island nation could radically reduce the amount of single-use plastic it consumes, and reduce plastic pollution.

Speaking at a dinner held at Soneva Fushi after the cricket match, Jo Royle, Managing Director of Common Seas, said:

“What we saw in Maalhos today shows how local initiatives can make a significant reduction in the amount of waste an island community produces. Common Seas’ research identifies a handful of policies, that the government could implement quickly, that would go a long way towards meeting President Solih’s commitment to phase out single-use plastics.”