This New Strain of Rice is Able to Grow in...

Traditionally, rice does not grow effectively in water with high salt concentrations because salt stresses plants’ water-absorption process. It affects their photosynthesis and respiration making it difficult for stalks to yield.

But a scientist from China was able to develop a new high-yield strain of rice that grows in saltwater.

Yuan Longping, already 87 years old, is known as the father of hybrid rice in his country. Working on feeding the world with rice all his life, he has now made a scientific breakthrough which might solve the world’s food crisis one day. 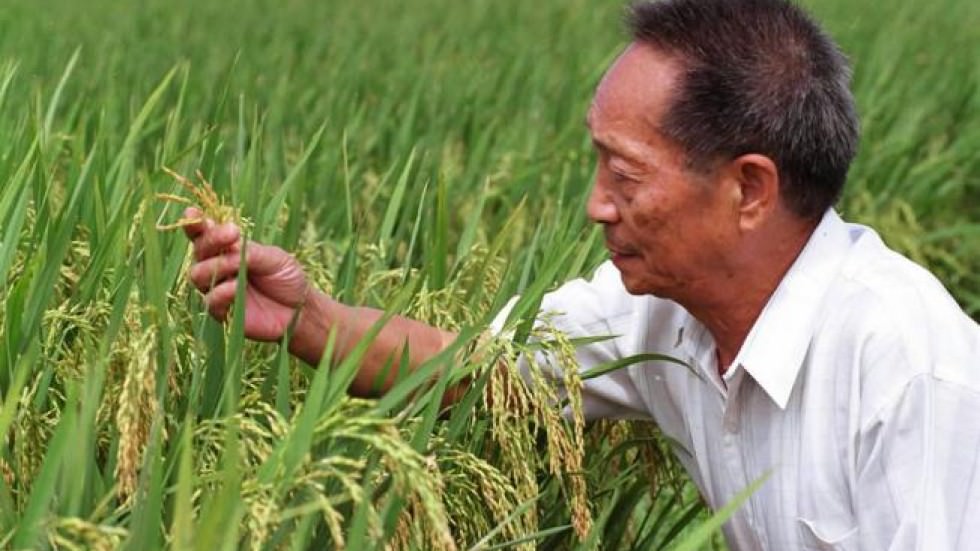 His invention is much needed especially at a time where scarcity of freshwater, required for rice cultivation, has increased and where rising water levels make it more threatening to the roughly third of the total arable land in China which are high in salt.

For example, in Dongying, a region in China’s eastern coast, 40% of land has salt concentration higher than 0.5%. This is a report according to the World Bank.

He planted 200 different saltwater-tolerant rice strains at the Qindao Saline-Alkali Tolerant Rice Research and Development Center on the Yellow Sea. To his surprise, it yielded 8,030 pounds of rice per acre – a sufficient harvest if compared with the annual harvest of U.S. grower at 7,200 to 7,600 pounds per acre.

There is a catch: the water wherein the new strains were planted isn’t as concentrated with salt in seawater. Assistant Director General for Agriculture at the United Nations’ Food and Agriculture Organization (UN FAO) Ren Wang said that it’s still only around 10% of the level of salt in seawater.

Read more  China Will Be Replacing 70,000 Taxis With Electric Cars

While Wang admits that there is still a long way to go before the new strains of rice could help ordinary farmers, it can significantly increase China’s food supply once the breakthrough is refined.

Plus, it could free up acres of soil that’s currently for rice in favor of other crops, considering the Chinese diets are changing from grains to more livestock and vegetables.