Would You Eat This Fake Meat Burger?

Would you like to order a burger today? What would you feel if the meat from the burger you’ll be eating is not exactly cow’s meat? In fact, the meat doesn’t really come from a slaughtered animal for food consumption. Nope, would you be willing to try to eat a burger with meat derived from plant products engineered in a Silicon Valley lab?

That’s exactly what Impossible Foods is serving people with. It’s a food company that’s also a tech start-up. For a price of $12 with a side of fries, you can order an Impossible Burger in Momofuku Nishi, an upscale restaurant in New York. Though the company plans to expand its business in three restaurants in California. Hopefully, it’s not only going to be vegans and vegetarians who will love the burgers, but also meat lovers and foodies. Made from wheat protein, potato protein and coconut oil and its special sauce called leghemoglobin, or heme for short. The heme is believed to add the taste and aroma of animal meat. During an interview with the company’s CEO, Pat Brown, he said, “Our ultimate goal is to make it accessible to people who love meat and love burgers. The really hard thing to do is deliver the deliciousness that people love so much.”

The company has already received around $183 million from famous tech investors such as Bill Gates, Google Ventures and Khosla Ventures. The money should be helpful as the company plans to expand to other types of meat and dairy products. When Brown founded this company, he wanted to make an impact in helping the environment. Mass food production plays a crucial role in contributing to greenhouse gases and consumption of fresh water for drinking.

Tal Ronnen, Crossroads Kitchen’s chef, said, “Everybody wants to do the right thing when it comes to the environment — but if it doesn’t taste good, you’re not fooling anyone. That’s what makes Impossible Foods such a game-changer for conscious eating.” 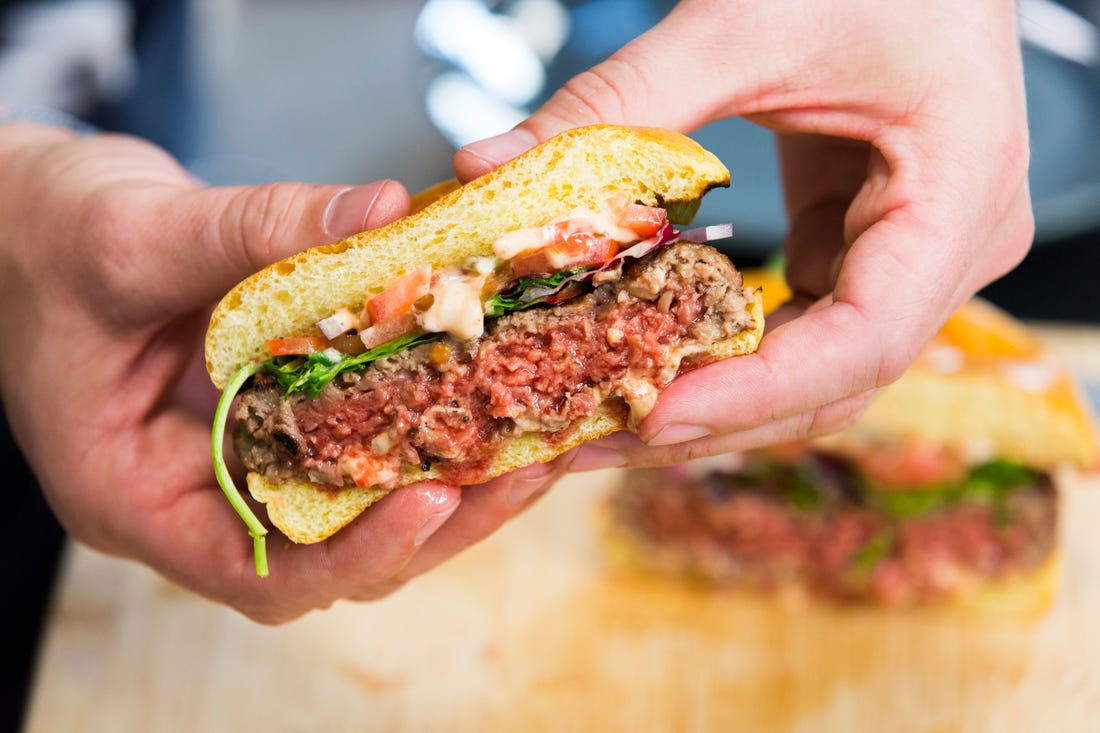 So, if you happen to see this burger on the menu, would you order it or would you stick to the traditional burger you’ve loved since you were a kid?

97
Share via
97 points
A sensitive flirt, an awkward tease and a metallurgical engineer, surprisingly.