With global warming continuing to become a major problem for the modern world, researchers have been trying to find several new ways to create renewable energy. Whilst wind and solar power are still being researched in depth, Professor Tsumoru Shintake from the Okinawa Institute of Science and Technology Graduate University (OIST) thought about collecting energy from the sea instead. 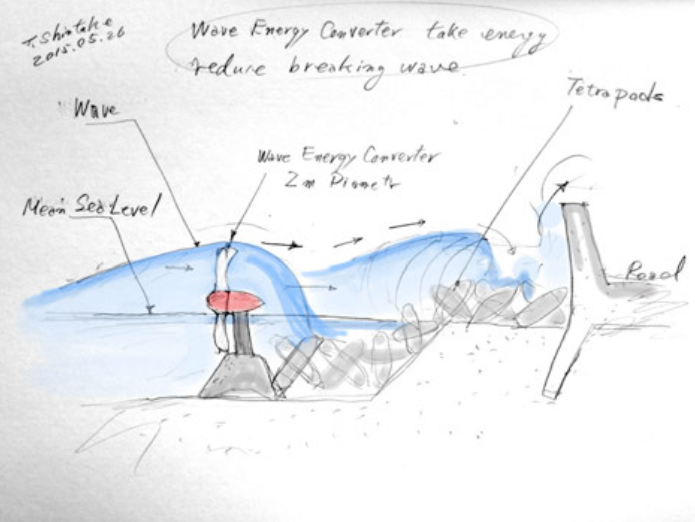 That’s when he began project “Sea Horse”. It basically uses submerged turbines anchored to the seafloor to convert the kinetic energy from the ocean’s waves and currents into electricity. The main ocean current they’re trying to gather energy from is the “Kuroshio” current, which flows from Taiwan’s east coast to Japan’s south coast.

And the turbines can serve a dual purpose too. In Japan, many beaches have tetrapods, which are pyramid-like structures placed along the coastline to weaken the force of the waves and protect the shore from being eroded. Shintake explains that if we replace these with “intelligent” tetrapods with their turbines attached to them, it could not only generate energy, but also protect the coasts. “Using just 1% of the seashore of mainland Japan can [generate] about 10 gigawatts [of energy], which is equivalent to 10 nuclear power plants. That’s huge.” Says Professor Shintake.

And as the first steps to implementing this idea, researchers from the OIST have begun a new project, called the Wave Energy Converter (WEC) project in 2013. Over the past years they have designed turbines, tested to see if they would work, and planned out where they will place them. 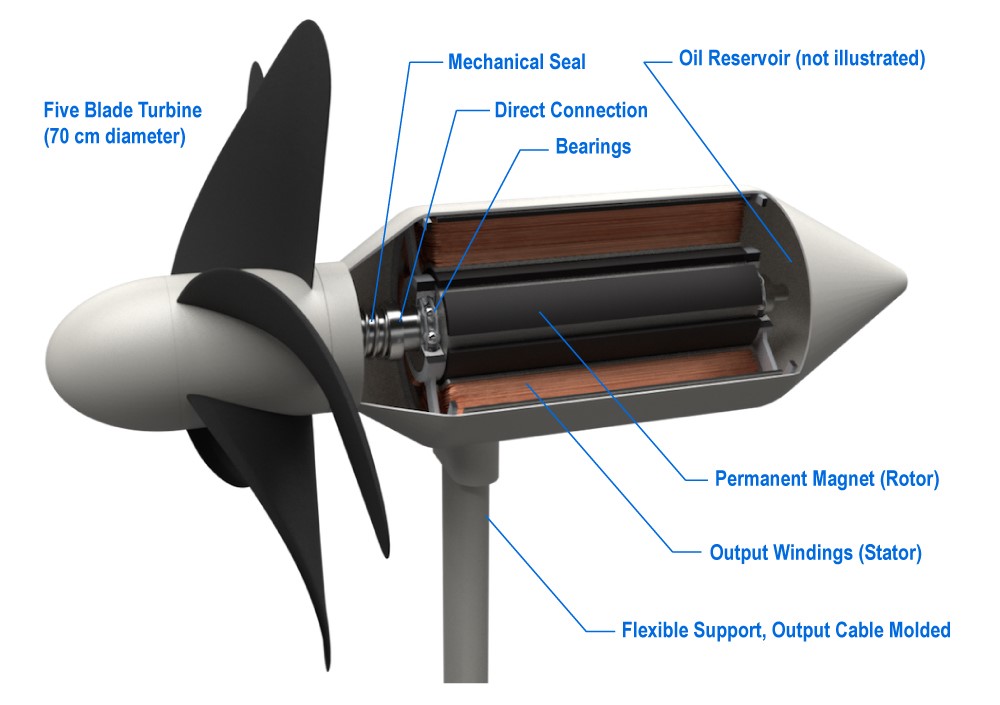 The whole turbine in itself was designed to withstand extreme conditions, such as typhoons, which is pretty common in the country. The blades are modeled after dolphin fins in that they are flexible. This way they can bend and release stress rather than remain rigid and break when under extreme weather. The same goes for the structure supporting the turbines. This one was modeled after a flower. “The stem of a flower bends back against the wind,” and so do these turbines, being able to bend along their axes. Finally, they were built to be safe for marine life. The blades rotate at a specific speed that would allow creatures that are caught among them to escape.

Professor Shintake and his co-researchers have finally finished creating two half-scale models of the turbines, ready for installation. The power collected from the turbines shall power LED lights for a demonstration.

“I’m imagining the planet two hundred years later,” says Professor Shintake. “I hope these [turbines] will be working hard quietly, and nicely, on each beach on which they have been installed.” 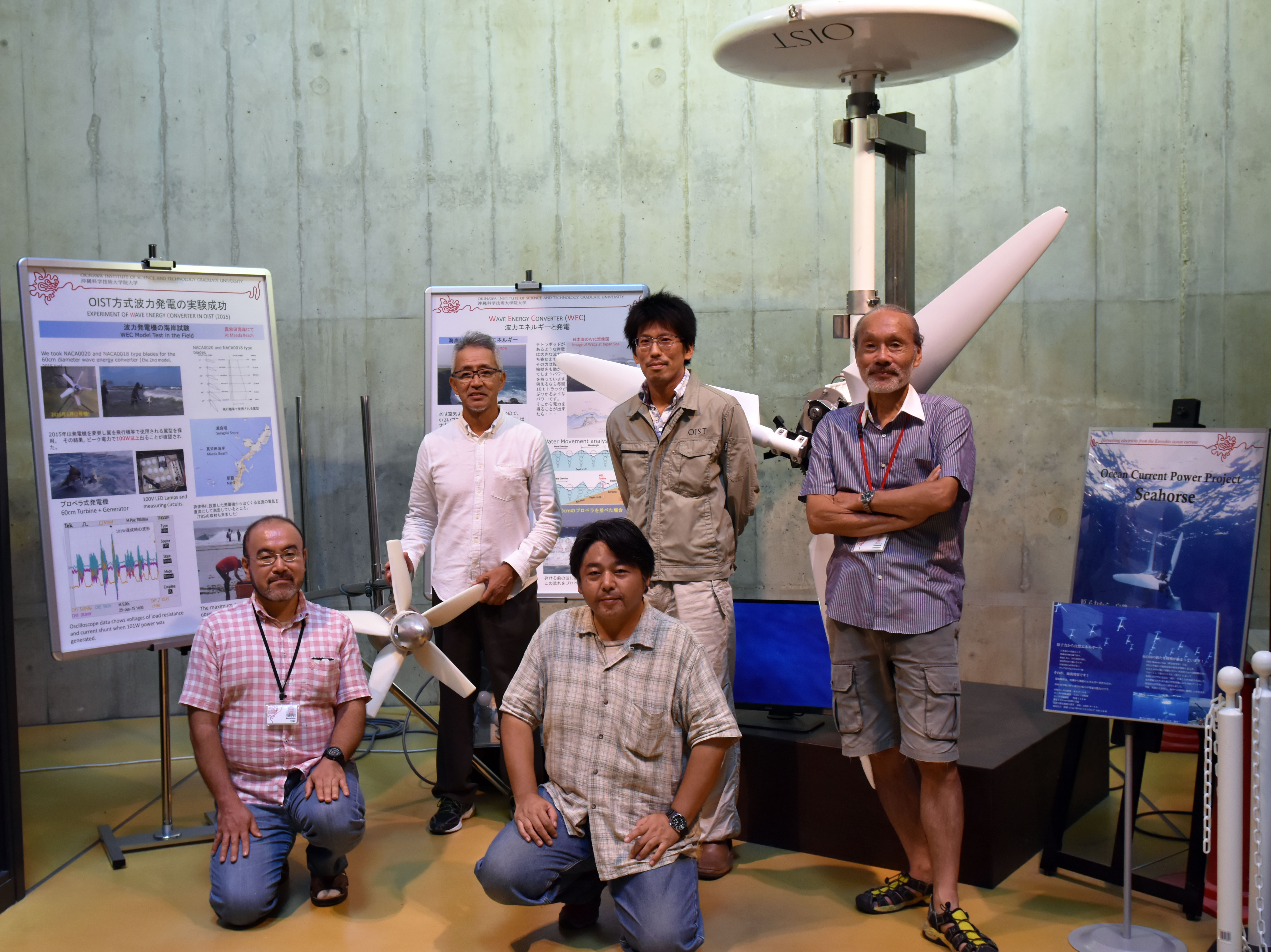 Read more  Everything You Need to Know About Building Insulation