This Wheelchair Has No Problem With Climbing the Stairs Whatsoever

More than the average people, differently-abled persons stuck in a wheelchair hate stairs. It is natural for them to be so because indeed it is nearly impossible for them to navigate in staircases by themselves.

But now that might no longer be the case, as a revolutionary wheelchair has been devised that can go through stairs with much ease.

Called the Scewo, the chair can be used in staircases even in spiral ones. It has rubber tracks, making it ideal for a smooth and safe ride, and a rigid base, which stabilizes the one sitting on the wheelchair.

Features which ensure the user’s safety when it comes to different pavement situations are provided. There are mode settings which allow the one in the wheelchair to still be safe when in slippery surfaces and steep inclines.

Scewo can even elevate the user to reach objects above their reach or to maintain an eye-level contact during conversation.

The wheelchair can be controlled in two ways: through a joystick or by simply shifting the user’s body weight. Climbing on and off stairs is automated through the push of a button.

No word has come from its makers yet on how much Scewo would be in the market.

This was developed by 5 masters students from the Swiss Federal Institute of Technology and Zurich University of the Arts. These 5 were part of a group of ten bachelors students who built a stereotype version of the wheelchair called Scalevo. 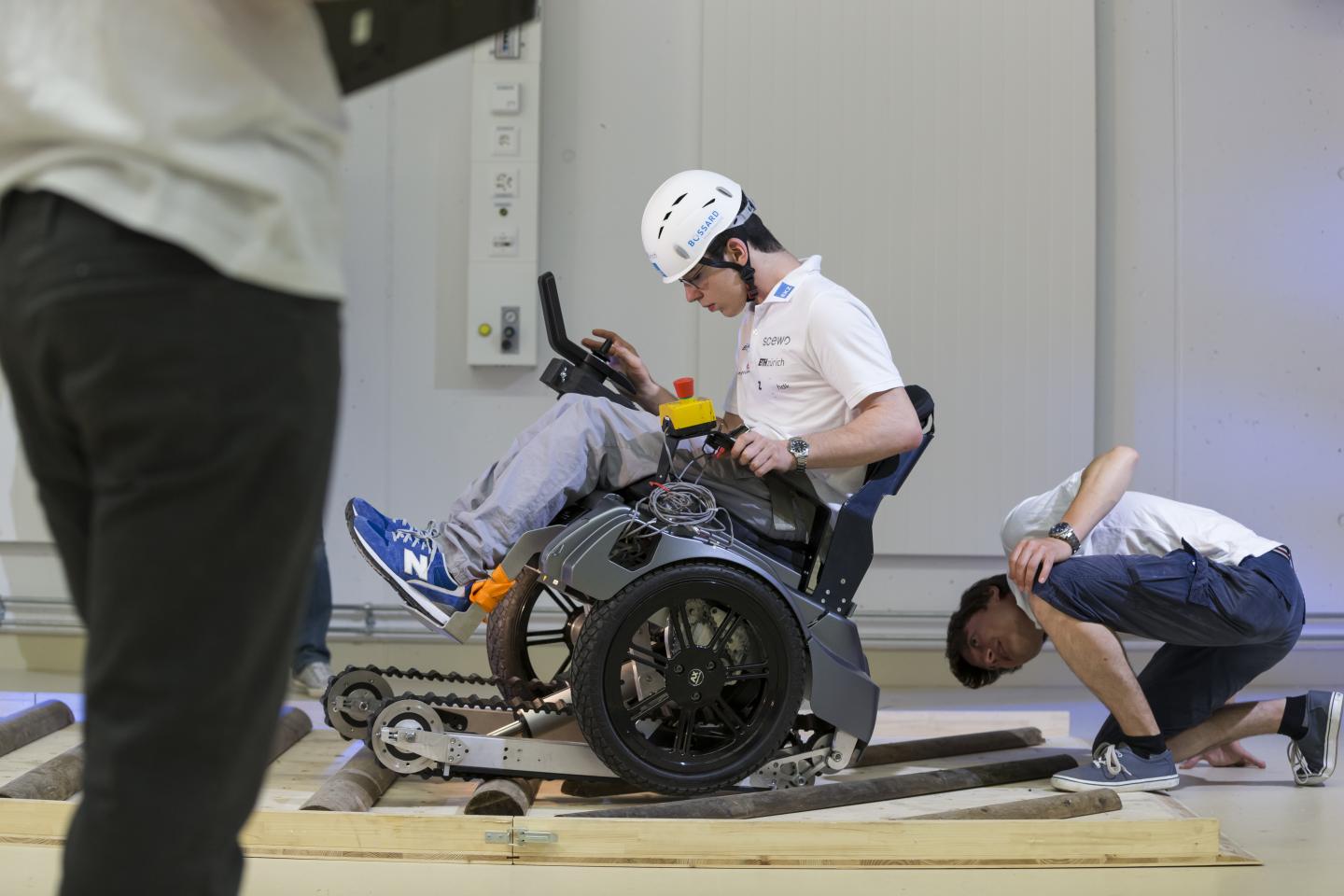 When they finished their studies, the engineers ventured into developing a demonstration version, now Scewo.

Testing the wheelchair is fairly easy for them considering that two of the engineers are both paraplegic, so they give direct feedback while also working on the solutions. But still the work beforehand, which includes sketches, coding, 3D computer models, and assembly were the real deal.

The group says that while technology has progressed in leaps and bounds, the basic wheelchair design has remained the same.