The world’s first all-electric cargo ship has sailed in the city of Guangzhou in China last month, now traversing in the inland section of the Pearl River.

According to a report by China Daily, the cargo ship can travel 80 kilometers for a charge of two hours, navigating the river with a top speed of 12.8 kilometers per hour. Not the fastest electric water vehicle, but it is the first designed to transport huge payloads as heavy as 2,000 metric tons.

Built by Guangzhou Shipyard International Company Ltd., it has a length of 70.5 meters, or about the size of one and a half football field, and a battery capacity of 2,400 kWh, about the same energy of 40 new energy cars. 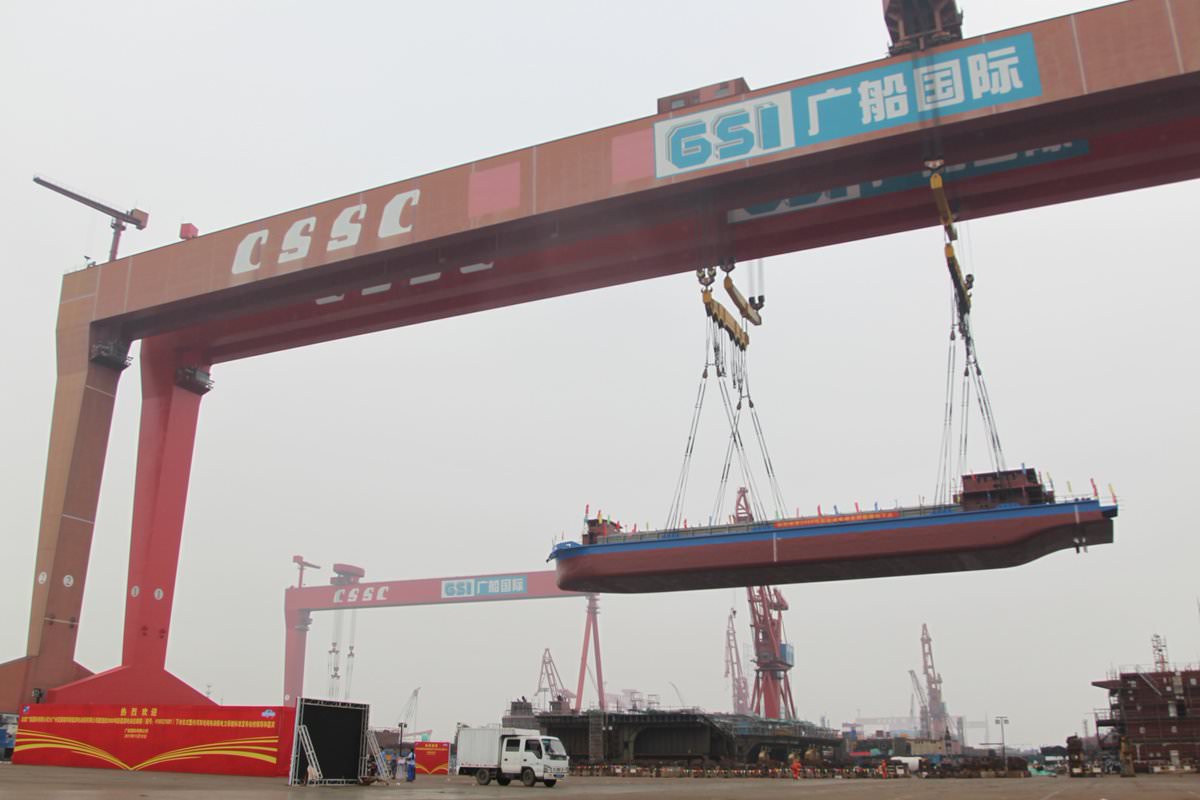 “As the ship is fully electric powered, it poses no threats to the environment,” said Huang Jialin, general manager of Hangzhou Modern Ship Design & Research Co, the company behind the ship’s design.

“The technology will soon be likely… used in passenger or engineering ships.”

By itself, the lithium battery-powered ship produces no carbon emissions. However, in another way, it still promotes the use of fossil fuels: the cargo ships moves coal. This is confirmed by Chen Ji, general manger of Guangzhou Shipyard International.

No matter, Chen is pretty optimistic about how this reduces shipping costs for electric power operators.

“The cost of electric power is less than that (of) traditional fuel. The main cost of the new energy cargo ship depends on how much lithium battery it is equipped with,” he said.

Read more  Within Only 5 Minutes, This Electric Vehicle Battery is Already Fully Charged

Moreover, Chen relayed that by theory, the fully electric-powered ship could have more capacity in cargo loading.

“If it is equipped with larger energy batteries, it will carry goods of more than 2,000 tons,” he said.