A Psychology Teacher Learns How to Build a Bionic Arm...

Psychology teacher Ben Ryan had his son born in March 2015 with an unexpected clot in the baby’s upper left arm ten days later. For that, the infant he named Sol had to undergo surgery, leaving with most of his arm removed.

But because the NHS could not provide any solution until Sol was at least a year old and it will take them three years before the baby could be fitted for an electric device, Ben did not take his son’s condition sitting down.

He developed homemade foam arms just five weeks after his son’s birth, while encouraging Sol to be active with both limbs to adopt with prosthetics later on.

“By encouraging him to use both arms during this period of early brain development, we believed Sol would become more likely to adopt prosthetics later on,” he explained.

Seeing that the rudimentary prosthetic isn’t the best solution for his child, Ben took to his local university and 3D printing specialist Stratasys and got help in producing a stronger, lighter version of the prosthetic. It was made with a 3D scan of Sol’s NHS issued arm and 3D printed a prosthetic out of it. 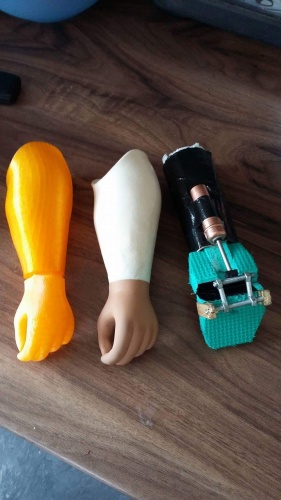 To make it a functional arm, Ben had to quit his job, lock himself in the room, and work on the mechanism day and night. His wife Kate became worried that he will became a mad man after not being able to see him for days but fortunately that wasn’t the case.

All’s well that ends well. Ben was able to 3D print a flexible hydraulic power splitting device with powers the grip of the arms. Yup, he is self-taught and without proper product development training. 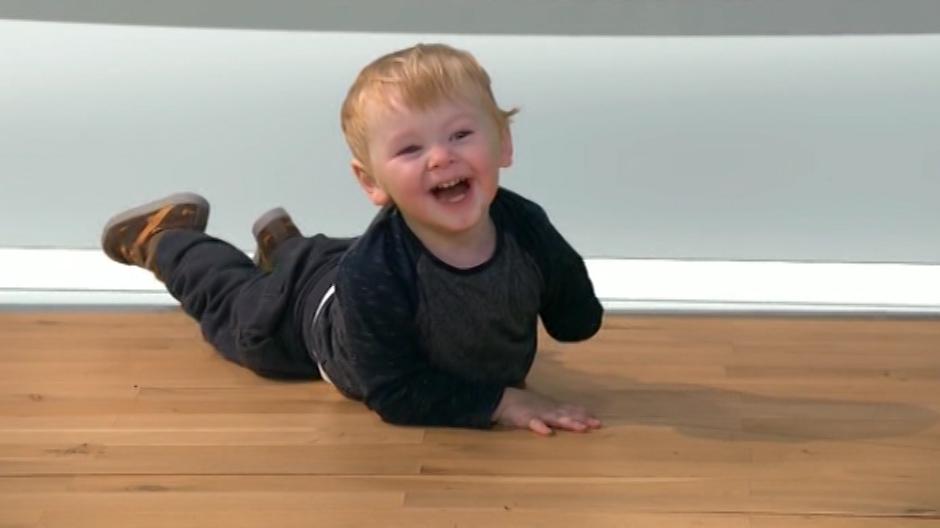 Now he and his brother Kevin have set up a company called Ambionic, while tapping software company Autodesk for their 3D design needs.

The startup aims to bring the technology to the market and help other children in positions similar to Sol. They are now crowdfunding for the baby bionic arms over Indiegogo.