By this summer, Dubai could be getting its first batch of autonomous passenger drones, but this Russian startup wants something a bit more different in the sky. They want to fill up the sky with fully-manned hoverbikes! How badass is that?! Hoversurf, a human-carrying drone manufacturer based in Russia has built a badass single-seat aircraft that is capable of lifting you up in the air as well as give you full control as you drive it through the skies. This fully-manned hovercraft has been named Scorpion-3. The Scorpion-3 is a combination of a standard motorcycle design that is equipped with future quadcopter technology to be able to offer the speed, stability and agility of flight to anyone–from amateurs to professional navigators.

According to Hoversurf, its electric airborne vessel is currently mainly seen as a ride for extreme sports, but the company hopes that their innovation will be able to realize its full “transportation potential”.

Can you imagine yourself soaring the skies with this badass aircraft? If you want to see the Scorpion-3 in action, here’s the video:

The Scorpion-3 was inspired by other fully-manned aircraft prototypes such as the E-volo. The Scorpion-3 relies on in-house software solutions that can offer both automated a well as full-manual control over the hovercraft. 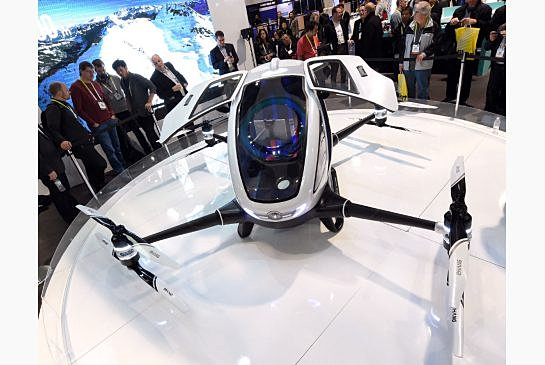 To make sure that the pilot is safe in every ride, the company has built-in a special system in to Scorpion-3 which controls and limits the maximum speed and altitude of the hovercraft so as to prevent any accidents.

The Scorpion-3 is not the only quadcopter this company has built so far. Last 2016, the company has showcased another aircraft prototype which can be controlled both remotely from a controller, as well as manually by a pilot.

Today, this could only be seen as a vessel that could only be used for extreme sports, but imagine the possibilities of this aircraft–it’s endless! Would you want to see these as normal transportation vehicles in the future? With additional safety features, maybe. Still, this hovercraft is one badass ride!

Share via
Read more  This Might Be the Smallest Hydropower Generator Yet
Drones, Innovation, invention, Motorbike, Motorcycle, technology