MIT Developed a ‘Living’ Tattoo That Responds to Environmental Stimuli

Scientists at MIT (Massachusetts Institute of Technology) have designed and 3D-printed what they call a “living tattoo”. The tattoo is built from an ink that comprises of living cellular organisms which can adapt to different stimuli with visual effects.

This new developed material is far advanced than other smart contraptions, as it employs cellular bacteria whose genetic structure has been modified to work as an organic sensorial device. The ink was constructed in such a way that it lights up in different ways in accordance to its interaction with particular chemicals. 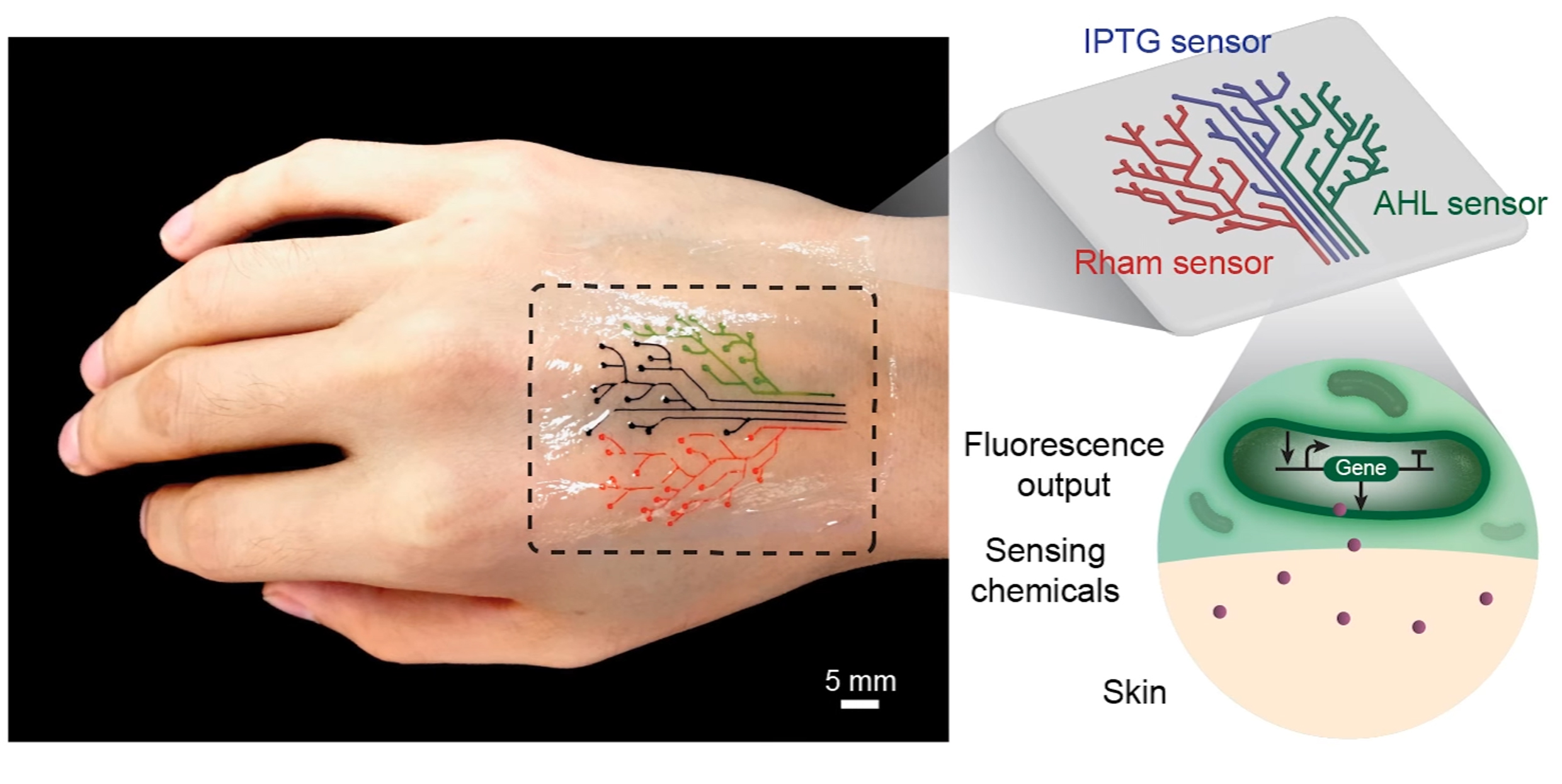 As for the development for inking and printing process, the scientists needed to find out the type of cell that would endure the printing process, since the 3D printer’s nozzle applies huge amounts of pressure on the substance that it secretes.

The researchers decided that they would use bacterial cells. After this discovery, they then began the process of programming the genetic makeup of the cells so that they will be able to change in lighting and color. The researchers also applied a particular form of hydrogel on them to make sure they survive the airborne environment, as well as on the skin.

The end product tattoo looks like a tree with multiple branches. Each of the branches were treated with a different type of bacterium so that it would light up differently when it interact with different chemicals. When the tattoo was impressed on a living human’s hand which has been treated with different compounded chemicals, the branching limbs of the patterned tattoo became responsive in its designated ways.

There are countless applications for this new innovation. We could see these ink prints that act as biosensors that respond to different stimuli in the environment like certain dangerous biological markers, air quality, drug testing, as well as temperature.