This New Lens-less Camera Could Lead To Slimmer Smartphones

You may think that your average camera is very flat, since your mobile phone can’t possibly be that thin if it wasn’t. But this notion cannot be more wrong due to one reason: lenses need to have a specific shape and size to bend light. That’s what the engineers at Caltech are trying to remove with the development of their new lens-less camera. They have created and developed a way for the camera to operate by replacing the lenses with an optical phased array (OPA). These arrays can achieve what the traditional lens does with calculations and computations. It mimics a lens’ curvature with the use of numbers to capture an image.

Old lenses work in such a way that light gets bent with the curve of its glass. This focuses incoming light into image sensors or film. The ultra-thin OPA has a massive array of receivers which accurately times the delay on the light it receives. This process, also known as phase shift, enables it to check multiple directions and focus on a target with precision. Bren Professor of Electrical Engineering and Medical Engineering in the Division of Engineering and Applied Science at Caltech Ali Hajimiri also says “timing is everything.”

He also added, “With our new system, you can selectively look in a desired direction and at a very small part of the picture in front of you at any given time, by controlling the timing with femto-second—quadrillionth of a second—precision,” as he was describing the new tech. Every detail of the new camera is included on Hajimiri’s paper that was shown at the Optical Society of America’s Conference on Lasers and Electro-Optics. The paper was also published online at the OSA Technical digest last March of 2017. 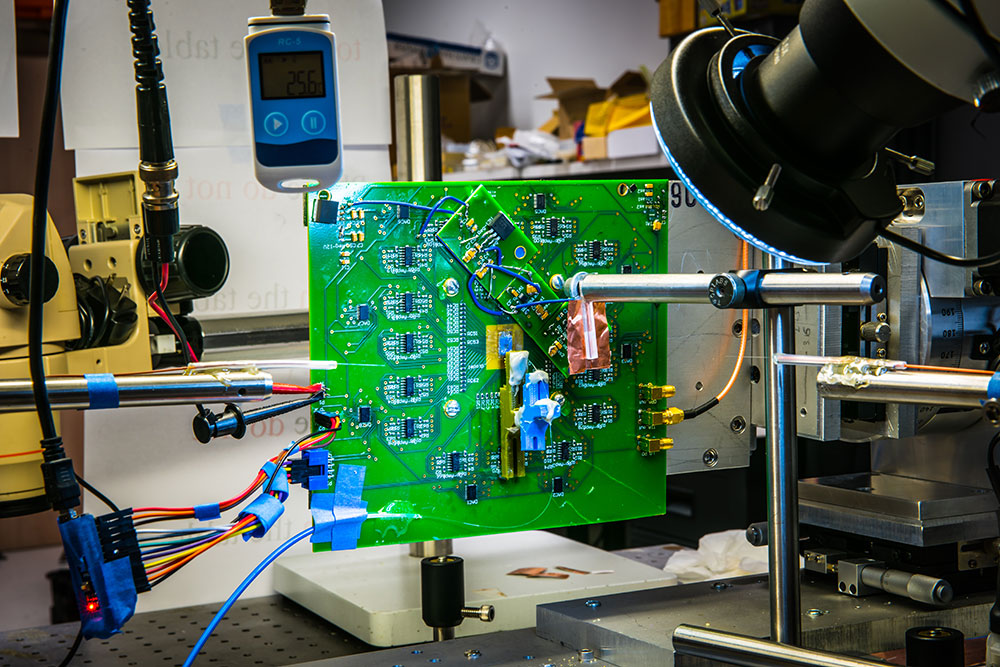 These types of arrays are commonly used in wireless communications and radars. They’re a large group of transmitters that send out all send out an identical signal as waves. The waves then interfere with one another which helps in the amplification of the signal to a target direction without going anywhere else. In this logic, the array is able to focus a beam of signal, which can be targeted at multiple directions at very high precision. This is achieved by effectively spacing out the timing of the transmissions all across specific points on the array.