Benefits of Cheap Oil for Consumers during Covid-19

Oil and Gas are going down, the managing sector is sinking, and the stock market is dropping. With all this happening in their country, the world is wondering: Will we ever see the benefits of cheap oil?

The prices of crude oil have gone down by 70% since the coronavirus started in early 2020, this year it plummeted below negative $0 a barrel. This is a big difference from 18 months ago, when they were at $50-$80 a barrel.

Recent technological breakthroughs of hydraulic fracturing have transformed the market for black gold. This made the United States the world’s leading petroleum exporter. However, the oil price war between Russia and Saudi Arabia triggered a historic low, plummeting to negative barrier last last quarter. Furthermore, the demand for oil has tremendously weaken due to the coronavirus pandemic. Less transportation, airplanes and cars on the roads are now leaving oil storage companies with oversupply. 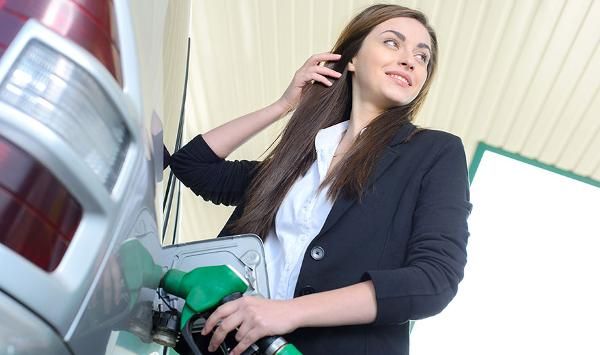 “The downturn in prices is short-term in nature that may last for months, not years. As such, it is unlikely to affect negotiations for long-term LNG contracts which average around 10 years,” said James Waddell, senior global gas analyst at Energy Aspects.

The appetite for oil-indexed deals in the years following the 2014 oil price crash has risen, but it was clear at the time that the shale-oil revolution in the US would result in a sustained period of depressed oil prices, Waddell said.

In contrast, oil prices are expected to recover within this year, either because of OPEC and non-OPEC members returning to the negotiating table to agree on new cuts or because the current price of oil leaves US oil production uneconomic, with the consequent drop in output reducing global supplies, he added.

“Assuming a recovery in oil prices toward the end of the year as the impact of COVID-19 on oil demand dissipates, there is still a structural disconnect between global gas prices and oil-indexed contracts,” Waddell said.

Read more  A Perspective on the Future of the Oil & Gas Industry: Towards a New Reality

These are not normal times, however, and thus the usual cost-benefit analysis doesn’t apply. Airlines, one of the largest beneficiaries from low fuel prices, have grounded flights as people around the world are staying home to stop the spread of the coronavirus. Raymond James analyst Pavel Molchanov estimated last week that airlines are likely to “save” more than $9 billion under one scenario, but it won’t do them much good given the drop in passengers.

“Based on this, we forecast that U.S. available seat-miles (i.e., capacity) in 2020 will be down 26% year over year, which translates into fuel savings for the industry of $9.3 billion,” Molchanov wrote. “But again, the drastic collapse in demand means that fuel savings offer very little in the way of a silver lining for U.S. airlines.”

Low oil prices also benefit shipping companies, but there again the benefit is mixed because of the larger economic consequences of the virus. Fuel—generally diesel—makes up a large percentage of freight shipping costs, but it is generally passed through to end users that order the goods like supermarkets and other stores.

While the impact will vary for different segments of the industry, there’s no doubt it’s time for energy companies to revisit business resilience plans and use the disruption to figure out ways to eliminate costs permanently. Companies with healthy balance sheets may use the low valuations in the industry to pursue acquisition opportunities.

For many, the decline in prices could become an excuse to delay further moves toward a low-carbon future, but that would be short sighted. One positive from a climate perspective: Thanks to the double-shock, coal has become the most expensive form of primary energy and may finally be phased out entirely.

Now is the time to move companies away from total dependence on fossil fuels, either through outright acquisitions or partnerships and joint ventures. Those that resist may find themselves not only losing money now, but could continue to do so on the other side of this crisis as well.

Can you feel the cheap oil?

Current cheap oil prices take a few weeks to show up at the retail bowser, depending on where you are. If you are a big city, it will be a week or two before prices come down further. In regional Australia, it might take like a month or even a bit longer because the petrol stations get their supplies and refills less frequently.

But there are also other factors at play.

If petrol prices don’t fall as quickly as we may expect, it’s likely because prices among retailers tend to move in regular monthly cycles.

This involves retailers managing their rates of return by attempting to raise their prices by up to 30c to 40c per litre before prices fall back closer to the actual cost of supply.