When an industry relies heavily on one piece of equipment, continued reliability is essential and must be ensured by means of routine maintenance. For a world leading petrochemical company on Teesside, UK, compressors are key in processing ethylene. Sulzer was able to deliver a high quality and rapid overhaul that exceeded the customer’s expectations by further maximizing plant productivity and uptime.

Ethylene is the most widely used and produced petrochemical, due to its versatile physicochemical properties. The organic compound is generally obtained as a gas, but it is turned into a cryogenic liquid for optimal storage before undergoing any subsequent processes, such as polymerization to form polyethylene.

The condensation of ethylene involves cooling and pressurization stages. Therefore, compressors are fundamental machines, whose correct functioning is vital, and any failure can heavily affect the entire processing line, as well as downstream plants. Regular inspection and maintenance of the compressors help manufacturers to ensure reliability in their production and meet demand.

This was the case for a large petrochemical company, which schedules routine maintenance on its key pieces of equipment. Located in North East England it is responsible for ethylene production and relies on four three-stage reciprocating compressors. These are used to liquefy the chemical and obtain cryogenic ethylene, which is then stored in a warehouse nearby. 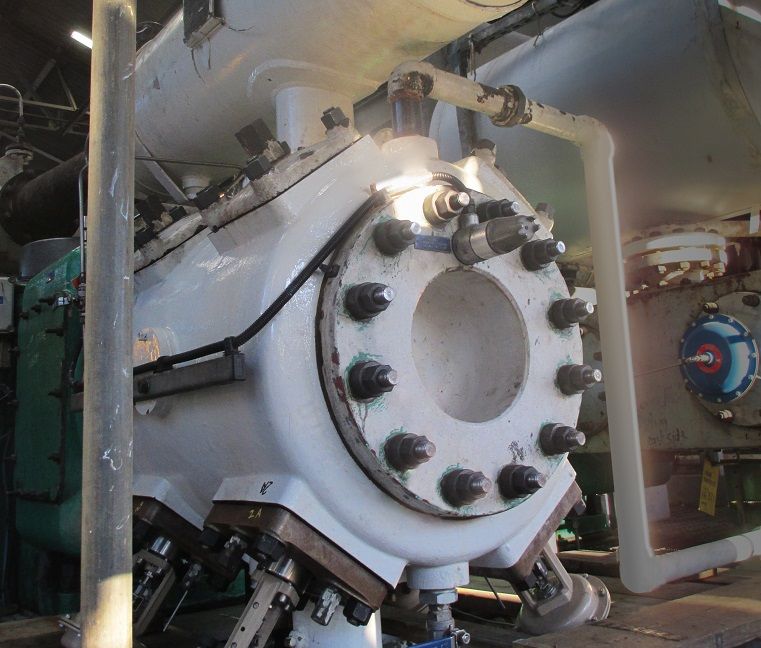 Every year, one of the reciprocating compressors is scheduled for maintenance. Components that generally require attention include parts made of white metal, or babbit alloy, such as bearings. This material is often used in large pieces of rotating equipment as it provides a low friction surface when combined with lubrication. As such, white metal bearings need to be inspected for wear regularly to ensure continued performance.

Read more  #LeadersTalk with the President and CEO of Maynilad

Sulzer, a leading independent provider of maintenance solutions for rotating equipment, had already assisted the petrochemical company with the inspection and maintenance of one of the four reciprocating compressors. Due to the high-quality service provided, Sulzer was contracted again for the scheduled maintenance of a second compressor.

This was found to be cracked around the water jacket of the stage-two cylinder, causing leakages. A temporary repair was performed by plant operators, in order for it to continue running before the plant shutdown. However, a permanent solution was required and a replacement cylinder was necessary.

Together with the customer, Sulzer established the working schedule, estimating a 21-day downtime, and sent a team of field service engineers on-site. Dale Jarvis, Business Development Engineer for turbomachinery at Sulzer’s Leeds Service Center, explains: “Due to the dimensions of the large compressor, which weighed approximately 10 tonnes (22’000 lbs), any maintenance work had to be conducted at the customer’s location. Therefore, predicting which equipment was likely to have failed was important to ensure that the correct replacement parts were readily available on-site, and we could perform maintenance operations effectively.”

Some of the white metal components, as well as the stage-two cylinder, were anticipated to need replacement. After detailed planning, the Sulzer engineers could rely on the presence of the right equipment and spare parts at the customer’s warehouse.

To identify worn out components and prevent future failures, the specialized team inspected the integrity of all the parts containing white metal and carried out non-destructive testing using fluorescent penetrant. The analysis confirmed the presence of damage to a number of bolts, big and little end bearings, as well as the compressor crossheads.

Read more  6 Reasons to Start Your Business in Washington, D.C.

Also, unexpected defects on the two main bearings on the crankshaft were identified. The careful planning of which spare parts to keep in stock enabled Sulzer to address this issue and replace the bearings without any delays.

The on-site team continued by assessing the condition of the remaining equipment and parts. The need for replacement parts was confirmed as four pistons, four piston rods, four connecting rods, oil wipers, sealing gas packings as well as the temporarily repaired stage-two cylinder.

In addition, the inspection highlighted unpredicted malfunctioning in the stage-one cylinder. The problem was caused by the cylinder liner, which wore during use. In this case, the replacement part needed to be adjusted, in order to fit into the cylinder. Therefore, the liner was transferred to the Leeds Service Center, which is equipped with specialist machining facilities, enabling a reliable and fast solution to be provided.

Repairs ahead of expectations

While a 21-day timeframe was set by Sulzer and the customer before starting any maintenance operations, the service specialists were able to complete the project ahead of schedule, in only 19 days, further reducing plant downtime.

As a result of this project, the petrochemical plant was able to reduce the frequency of regular maintenance on its reciprocating compressors, which will take place every other year and involve all four machines.

Dale Jarvis commented: “This petrochemical facility runs 24/7, therefore the compressor overhaul needed to be efficient and swift. Thanks to Sulzer’s skilled engineers, the planned as well as unforeseen maintenance tasks were quickly completed and did not affect the scheduled plant downtime, much to the satisfaction of our customer.”