No Carbon Emission with this Oil Extraction

It is Possible: No Carbon Emission with this Oil Extraction

While fossil fuels provide for the world’s demands in oil and gas, its greatest issue is that it is not exactly environmentally friendly – much of the carbon emissions that reach the atmosphere, causing global warming, come from the drilling deep into the Earth.

Now we reached to an almost irreversible point that required the world’s governments to act, and that is through the Paris Accord.

Scientists and engineers around the world have roles to portray. Now, those from Ohio State University came up with a novel research as their contribution. And it’s significant once scaled.

What they were able to develop is a process that can use coal, shale gas, and biomass while consuming carbon dioxide. No more carbon emissions, and instead the process eats the harmful gas.

Published in the journal Energy & Environmental Science, their scientific breakthrough essentially transforms the raw materials into methanol, gasoline, and other useful products. On another note, it also lowers the capital costs in the production of synthesis, or syngas, by about 50% over the traditional technology.

The engineers say they have developed processes that “economically convert fossil fuels and biomass into useful products including electricity without emitting carbon dioxide to the atmosphere.”

Not only that, according to their press release, the technology consumes all the carbon dioxide it produces plus additional carbon dioxide from an outside source, that is, under certain conditions.

Two papers were published. The first one describes a process to convert shale gas, as well as coal and biomass, into methanol or gasoline while consuming CO2 that is produced in the reaction.

Read more  Let's Head Over to Germany: There is a Cloud in Berlin That Rains Tequila

The second one gives details on extending the lifetime of particles used in their conversion process, so that the technology — called chemical looping — can become commercially viable.

Chemical looping uses metal oxide particles in high-pressure reactors to “burn” fossil fuels and biomass without the presence of oxygen in the air. The metal oxide provides the oxygen for the reaction.

The researchers claim that their technology can act as a stopgap technology that can provide clean electricity while renewable energies are yet to become widely available and affordable. 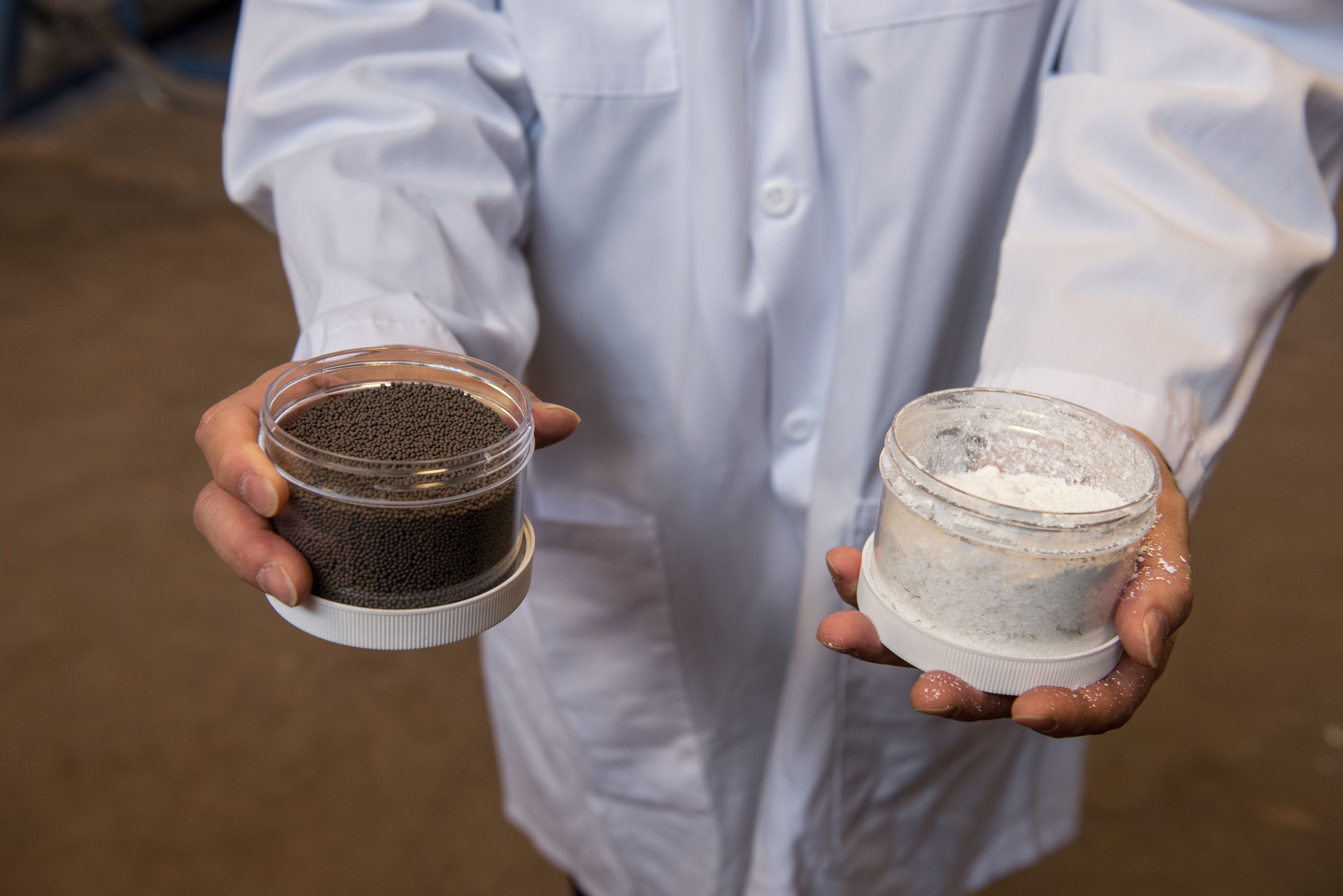 No Carbon Emission with this Oil Extraction. These materials could enable cleaner fossil fuel technologies. Photo via OSU

Leader of the research, Liang-Shih Fan of OSU, said, “Renewables are the future. We need a bridge that allows us to create clean energy until we get there — something affordable we can use for the next 30 years or more, while wind and solar power become the prevailing technologies.”

Five years ago, Fan and his team worked on a chemical looping technology that captured 99 percent of the CO2 produced in the combustion of coal. However, their process only allowed eight days for the iron oxide particles to be useful. 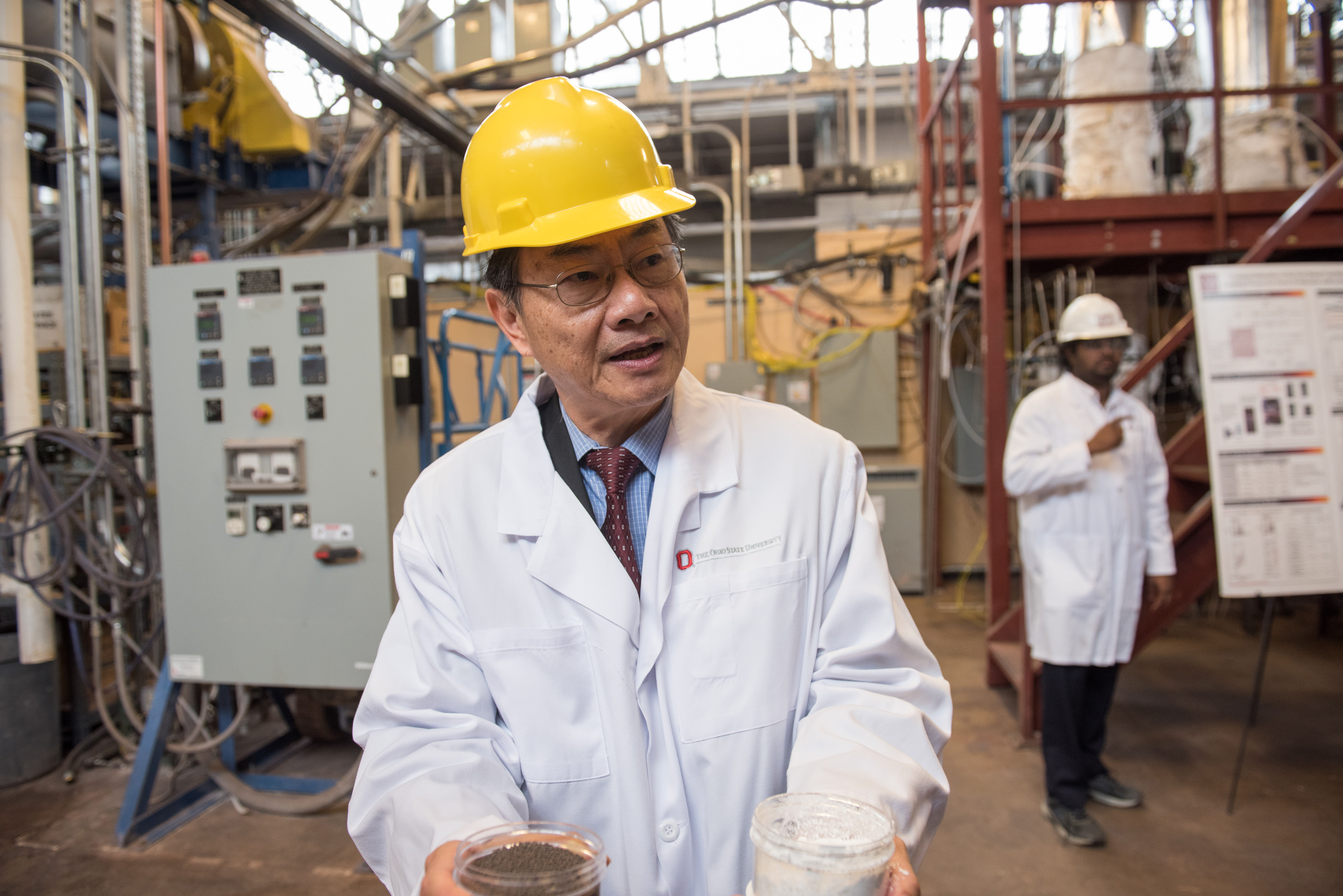 No Carbon Emission with this Oil Extraction. Fan holds their precious novel materials. Photo via OSU

That was not the case in their new research, as their technology improved to keep the process going for over eight months, at least under laboratory conditions.

“The particle itself is a vessel, and it’s carrying the oxygen back and forth in this process, and it eventually falls apart,” said Andrew Tong, one of the engineers in the team.

“Like a truck transporting goods on a highway, eventually it’s going to undergo some wear and tear. And we’re saying we devised a particle that can make the trip 3,000 times in the lab and still maintain its integrity,” he added.

For now, the engineers are looking for partners in the industry to further develop the breakthrough technology.