Among the 15 teams of young inventors in the U.S. that were given the Lemelson-MIT InvenTeam Grant worth $10,000 to solve real-world problems through engineering, there is one group that is unique to all of them: because they are all girls.

Coming from San Fernando High School, the all-female team has developed a portable, solar-powered tent to deserve the grant. The 12 girls made the shelter to help the homeless in Los Angeles. 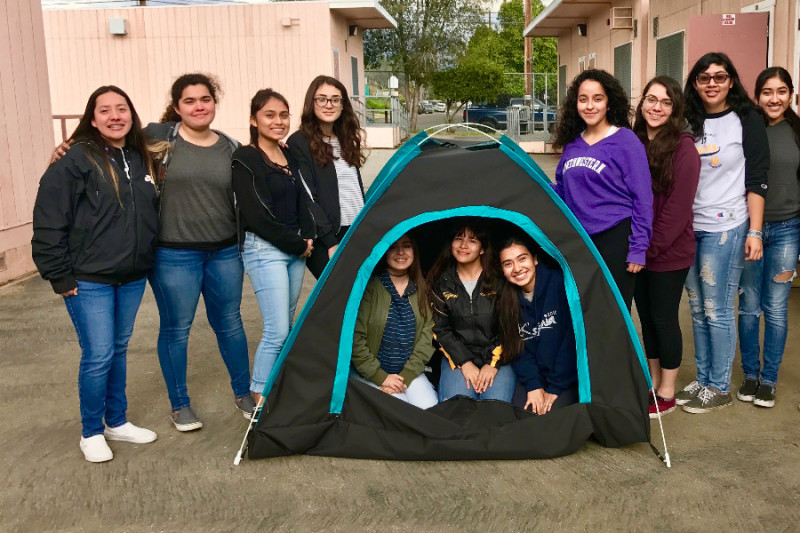 Daniela Orozco, a 12th grader, said, “How many people are actually trying to help them [the homeless] or make them feel better? Letting them know that people still care about them, and they are still human.”

The project is the students’ response to the alarming 36% increase of homelessness in San Fernando Valley in 2016. Using their engineering skills, the girls made the project entirely on their own. The work that needs to be done involves coding, electrical wiring, and sewing.

Considering their age and expertise, their solar-powered tent is a masterpiece. The fabric of the tent is insulated, and there are well-positioned solar panels to power the shelter.

For a tent, it’s amazing that it has a safety locking system and a UV system for sanitation. The girls included these features to ensure that the homeless people who will live in their brainchild are safe and comfortable in their new homes. The solar-powered tent will be showcased in June at EurekaFest in MIT as its culmination. Now the girls, who live in a low-income community, are asking for funds at GoFundMe so all of them could travel to Boston and present their invention.