Using Only Salt and Water, This Battery Offers a Cheaper...

Storing both solar and wind energy can be expensive nowadays, that is why researchers in the field of renewable energy search for the best alternatives that are cheap and scalable.

Now, folks at Stanford University have discovered what is considered as a material, although small as of writing, that could change the way we store solar and wind energy in batteries.

Yi Cui, a professor of materials science at Stanford and senior author on the paper, and Wei Chen, a postdoctoral scholar in Cui’s lab, developed a manganese-hydrogen battery that is only three inches tall which can generate 20 milliwatt hours of electricity.

While the prototype seems little a capacity for a battery, the researchers claim that they can take this technology up to an industrial-grade system that could charge and recharge up to 10,000 times or last more than a decade.

“What we’ve done is thrown a special salt into water, dropped in an electrode, and created a reversible chemical reaction that stores electrons in the form of hydrogen gas,” Cui said. The salt, which is manganese sulfate, is a cheap, abundant industrial salt typically used in making dry cell batteries, fertilizers, paper, and other products. 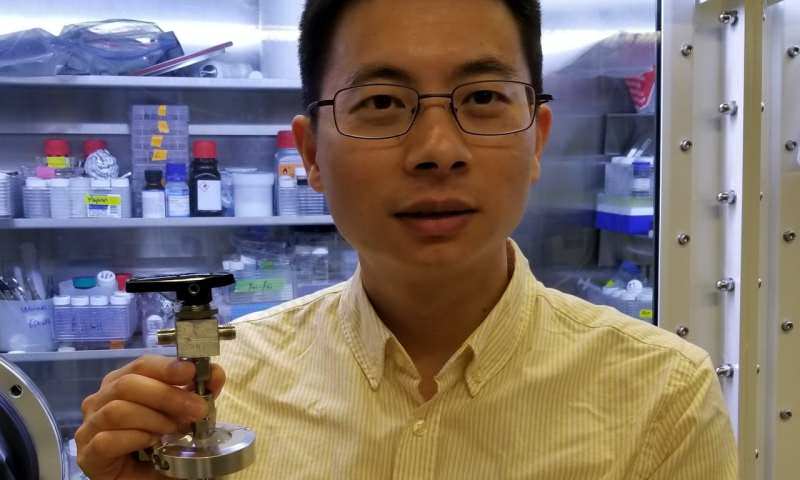 Cui also mentioned that manganese-hydrogen battery technology could be one of the missing pieces in the nation’s energy puzzle, which helps in storing unpredictable wind and solar energy.

When it comes to capacity, the technology would be able to store enough electricity to power a 100 watt lightbulb for twelve hours given the battery’s expected lifespan.

“We believe this prototype technology will be able to meet Department of Energy (DOE) goals for utility-scale electrical storage practical,” Cui added.

The researchers believe that the water-based battery, once scaled up, could meet the battery recommendations of the Department of Energy for grid-scale storage, which are the following: it should store and then discharge at least 20 kilowatts of power over a period of an hour, be capable of at least 5,000 recharges, and have a useful lifespan of 10 years or more.

As of writing, the manganese-hydrogen battery is yet to be tested under actual electric grid storage conditions.